She is an accomplished novelist and is currently at the #7 spot on the rankings.

She is also an active reviewer and is holding the #33 spot on the top ranked reviewer list.

Katherine gets more adjusted to the school environment.

A chapter in the book Football - A Novel 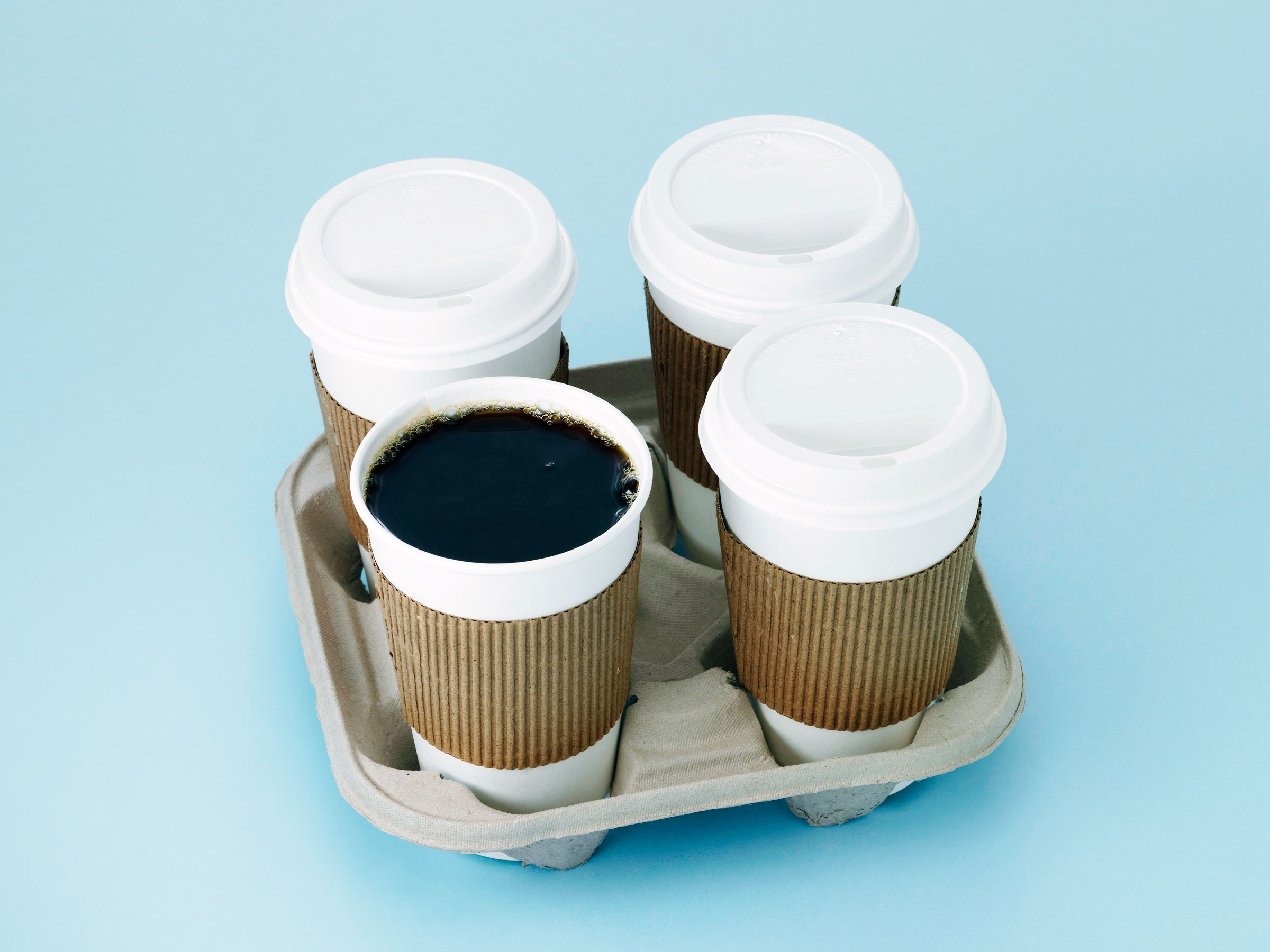 "Just checking. That's what Mom's do." She backed out of the driveway. Once Jordan was at football practice, Katherine showered and dressed, and then got the other boys up and fixed their breakfast.

After she threw the paper plates in the trash, she glanced at her watch. "We're on track. Do you guys have what you want to take to Grandma's?" She glanced at Joshua. "What time does your practice start?"

"Grandma, will take you and then bring the other two here. She'll stay until I get home. I think this'll work." She ran her fingers through Jeremy's hair. "Behave yourself. You hear?"

Katherine bit her lower lip. "I was afraid of that. Let's load up."

"All right. Maybe she'll help you behave. We need to get going."


How about 'Against All Odds' for a title.?

Katherine arrived at school about 7:15. Good I have time to work in my room before the staff meeting. I wonder how I get these two coffees to Coach. I won't worry about it, he'll find me. He has a knack for doing that.

As she walked by the front office, Mr. Edwards opened the door. "Coach is looking for you." He glanced at the coffee and chuckled. "I guess at least one of those is for him. He's a bear without coffee."

"I'm sure he's not far. He'll come running when he smells coffee." Paul paused. "I'm sorry about what happened yesterday. I heard you handled Mr. Frost very appropriately. I want to assure you that I also handled it."

"Thank you." She turned her head when she heard running and frowned. "I guess you don't follow any rules."

Gabriel grinned. "The one about running in the hall?" He accepted the offered coffee and took a long drink. "Thanks. I needed that. I smelled coffee and..."

Mr. Edwards opened the office door. "Come to my office, and we'll discuss your nonconforming attitude."

Continuing toward her class, Katherine turned her head when she heard, "Good morning, Mrs. Riley. I see you're an early person too."

Katherine stopped and offered her hand, "Hello. One of my sons needed to be here by 6:00, so I've been back and forth."

"I'm Angie Brooks. I also teach math." She paused. "I'm sorry about what happened. Frost can be a real jerk, but the rest of us aren't like that."

"Thank you. It shocked me. I don't know what I did to upset him."

"I don't think you did anything except get this job. I heard a rumor his son applied and interviewed but you were hired instead."

"That would cause hard feelings. It almost makes sense, but still..."

"I can understand being upset, but it's no reason to verbally insult you in front of the entire staff. Besides I heard his son partied his way through college and didn't really have the grades."

"I think all schools have them."

Gabriel walked by. "Thanks again, for the coffee."

Stopping in her tracks, Katherine faced her new friend. "Don't even start. There's nothing to what Frost said about Coach and me. We've only talked with each other three times and each time was an accidental meeting."

"Just so you know he's a nice guy if you catch him in non-football mode. He eats, drinks, and sleeps football."

"I understand. My dad used to be a football coach. You might have heard of him, Coach Bob Beck."

"The same coach our stadium's named after?"

"The one and the same. I can promise you, I'll never get involved with a jock." She stood at the door of her room. "I guess I'd better get busy. Do you have any idea what our class size will be and what we're teaching?"

Angie giggled. "Math. It depends on what level math you're teaching. I don't think the assignments have been made, yet." She paused. "We should have our preliminary schedule sometime today, but it won't be finalized until later this week. I hope we have it before our team meetings."

Angie went to her classroom door. "I'll come by and we'll go together."

Katherine took a sip of coffee. "I needed this." She turned her head at the sound of footsteps. "Did you have a good practice?"

Jordan frowned. "I think Coach is into torture." He plopped into a chair, opened his bag, and took out a sandwich. "I'm starving."

She set her coffee cup on a desk and opened a box. "Is he into actual torture or tough conditioning? I've heard he's into winning."

"He called it conditioning, but my legs are questioning it." He took a bite and chewed. "He doesn't like losing. He's made that clear."

Katherine checked her watch. "I only have a few minutes." She surveyed the boxes. "Can you empty these and then break them down and stack them?"

"Yes, I'll eat with you." Katherine glanced at the lady standing at the door. "Angie, hmm, Mrs. Brooks, I'd like you to meet Jordan, my son."

Angie walked to him and offered him her hand. "Hello. I'm guessing you play football."

"I do, Ma'am. Is your husband by chance Coach Brooks?"

"He is. What position do you play?"

She grinned. "You'll get to know him quite well."

Katherine's eyes met her knew friend's. "Jordan says the coaches are into torture."

Laughing, Angie said, "I'm sure this early in the season, all players think that. We'd better get going. Nice to meet you, Jordan."

*****
After Angie and Katherine arrived at the designated table, Angie introduced Katherine to the rest of the team. It was decided that the afternoon's team meeting would be held in Angie's room.

As Mr. Edwards walked to the podium, Mr. Frost sat at the table. "I see you're all here."

Rodney frowned. "I see you're making decisions without my input again. I thought we were past that."

Paul Edwards began with unfunny jokes. After he finished, he pointed to the screen. "We'll start with our mandatory yearly trainings. First, sexual harassment. Please remember, it's not just for staff, but if you witness sexual harassment with the students it's your responsibility to report it."

The morning passed slowly as they watched nine videos.

As the last training ended, Mr. Edwards asked Coach Hudson to come up. When Coach stood up front, he and Paul whispered a little and then Coach began, "I've been asked to talk to you as the Athletic Director. Mr. Edwards and I have decided to bring it to a vote. We feel we don't do enough for our female students. It's been three years since we've had a girls' cross country team, and feel it's about time to start one again. If you agree, raise your arm up high, straight elbow." He scanned the room. "If you're opposed, raise your arm high." He released a deep breath. "We have one negative vote."

Mr. Frost stood. "We have too many sports as it is, and they get in the way of real learning. We don't need another one."

Coach grinned. "We know how you feel about sports, but majority wins. If we get enough student involvement, we'll proceed. Staff, we'll include this in our morning announcements. As it is right now, homeroom teachers, it'll be your responsibility to let me know the number of girls interested. We'll go from there."

Mr. Edwards stood beside Coach and added, "We have a few ideas for the sponsor of this activity." He held up a stack of papers. "I have your schedules. Please understand they may change. Department leads, please come up and then pass them to your team." He glanced at his watch. "Department level meetings will begin promptly at 12:45. Have a nice lunch."

Mr. Frost passed the schedules to each teacher, but studied Katherine's. She held out her hand. "My schedule, please."

He glared at her. "There's no way you're qualified to teach these classes." Turning, he headed toward Mr. Edwards.

They spoke for a few minutes before Paul took the schedule and came to Katherine. "Sorry for the delay, but here's your schedule." He scanned it, grinned, and winked. "It looks good to me."

Katherine accepted the schedule. "Thank you."

As she studied it, Angie looked over her shoulder. "What was Frost so upset over?"

"I don't know. I think he doesn't like anything I do."

Over the intercom system came, "Mrs. Riley, please report to the office."

Katherine Riley: age 33 - widowed: husband died 6 months ago. She moved to Texas from NYC with her four sons.


Thank you google images for a photo of hot coffee. I also want to thank everybody for the wonderful reviews on this novel, so far, I was worried about it because it's a little different than I usually write. Thank you, again. This novel is not actually about football, but there is mention of High School football. High School football is a national past-time in Texas. Raising four sons myself, I can promise you my rear-end graced many bleachers under the Friday night stadium lights. This post is a little over 1360 words. I hope it's not too long. I don't want to reveal too much until it's time.


© Copyright 2021. barbara.wilkey All rights reserved.
barbara.wilkey has granted FanStory.com, its affiliates and its syndicates non-exclusive rights to display this work.