Retired property insurance underwriter
Have too many cats. kind and sweet husband
HS in 1964
graduated from college in 1999 with a BS degree. (no it did not take me 30 years to get through college) I went 7 years in night school.

She is a top ranked author and is currently holding the #18 position.

She is also an active reviewer and is holding the #50 spot on the top ranked reviewer list. 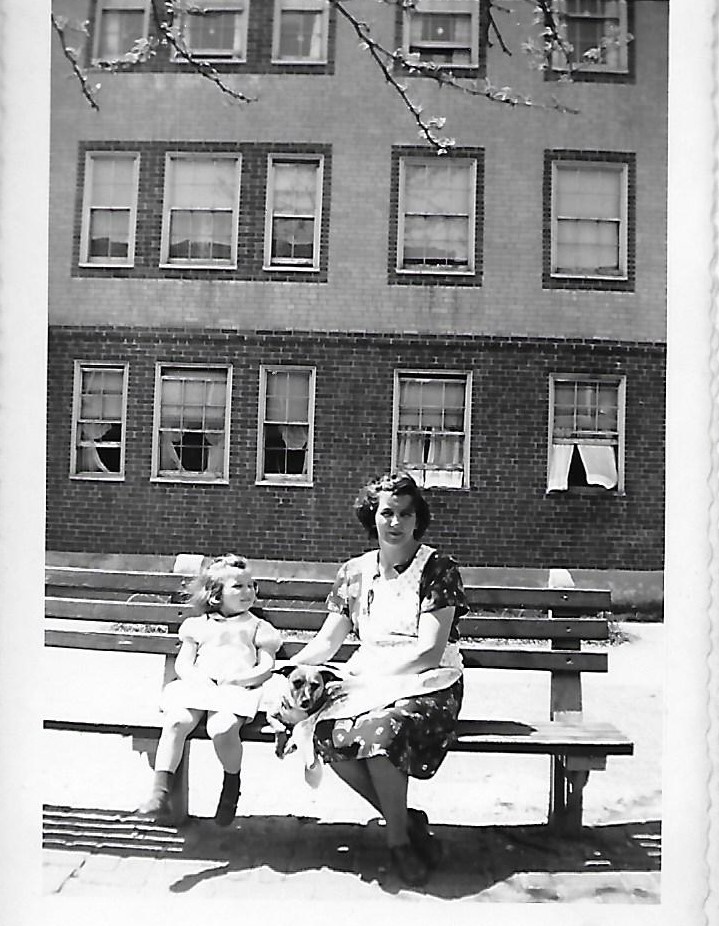 Every day when we came home from school, she was waiting for us. Sandy, our four-year- old Boston Terrier Beagle mix, had walked through heavy Boston and Cambridge traffic to come home.
A notice went out from the public housing authority that all dogs had to be removed from the premises. Ma, having no choice, sent Sandy to live with my Uncle Joe in Boston. However, sending her away did not deter Sandy from coming back to the only home she ever knew.

No matter how many times she was sent back, she would return to us with a daily trek from Boston to Cambridge. Until recently, I used to think her journey was just a walk over the bridge from Boston to Cambridge. Sandy's trip, however, was more of a perilous one than I imagined. My uncle lived in the West End of Boston. In the 1950s that section of the city had winding crowded streets and poorly maintained tenement houses. Sandy's journey would begin in the fourth floor apartment. My uncle had four girls, who were more interested in fighting among themselves than to keep tabs on a dog.

Sandy would have to either go through the old Scollay Square section in Boston, which was a busy and decaying large retail/mercantile area, to get to the Longfellow Bridge, or she would cross through the East Cambridge side which required her to cross the highway. Either way, Sandy had at least a four-mile trip to go through crowded and heavily trafficked streets.

It was the newspaper article that reversed Sandy's fortune. Here was a picture of four children sitting on the couch with their beloved brown and white dog, and with the story that the housing authority had forced them to give up their beloved dog.

Due to the bad publicity, the order from the housing authority to remove all dogs was rescinded. I suspect my mother had something to do with this story appearing in the local newspaper.
Sandy was Ma's dog, there was no doubt about it.
When Ma died three years later, Sandy mourned with us, often nuzzling up to us to lay her head on our laps.

Back then, there were no leash laws or dog parks, so Sandy had the run of our housing complex. Completed in 1942 for the families of WWII servicemen, the housing project consisted of fifteen buildings. Our yard alone consisted of two lengthy three-story masonry and concrete walk-up buildings having eighteen apartments. So, there was no shortage of kids to entertain and play with Sandy. Every family in the block knew her. All our friends loved to play with her, especially when she joined us in our games in the yard. One of her favorite games was playing ball. We would toss it between ourselves, and she would try to get the ball as we tossed it back and forth. A bad toss presented her the opportunity to grab the ball in her teeth and have us chase her around the yard to retrieve it.

I remember her knowing one trick; and that was to give us her paw. I think any human would be tired and sore from shaking hands so much, however, for Sandy to give anyone her paw over and over was a joy as it gave her human attention.
When she was twelve years old, our Sandy started to slow down. She would now just lie under the bench in the yard and watch the kids play.

Then the letter came.

Rather than a posted general notice, this letter was addressed personally to Dad. He had thirty days to remove a dog from the premises or face eviction.
We argued, pleaded, and cried not to send Sandy away.
However, Dad not having the money to move or pay more rent said he had no choice.
This time, we sent her to Uncle Joe's apartment again.

But things had changed there too.

Uncle Joe had moved farther away; so, our old girl could not come home as she did years ago.
Three months later, we were told that Sandy had died. We had assumed it was old age.
But years later, I found out from a cousin that Sandy was listless and sick. I honestly believe that she died of a broken heart.

Even now many years later as I write her story, I am tearing up as I remember our dear old girl.

Of course, I could not find the picture of Sandy standing. I also had another picture taken at the same time, but I did not know how to get the second picture in.
Notice how my mother had her arm on Sandy and not me? I was 3 years old at the time. (My sister and I were taller and bigger than most kids our age.) I also wanted to show in the picture, one of the housing project buildings. This building, like ours, had 3 doorways leading to 6 apartments each but was 1 long building.
Pays one point and 2 member cents.


© Copyright 2021. Mary Vigasin All rights reserved.
Mary Vigasin has granted FanStory.com, its affiliates and its syndicates non-exclusive rights to display this work.

Advertise With Us
String Lights
A Short Rhymed Poem

Pays: One point. and 32 member cents
Copyright © 2000 - 2021 FanStory.com. All rights reserved. Terms under which this service is provided to you. Our privacy statement.
top
You Have No Rank
Share 4 posts to be ranked.