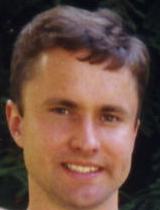 Duane Culbertson is a citizen of the universe.
He respects all things natural.
By day a scientist,
By night a passionate writer.
His nocturnal scribblings bring him great joy,
a joy he hopes to share with others.

He is an accomplished novelist and is currently at the #10 spot on the rankings.

Quertin winced as he passed his hand over a spot on his forehead where a mouse blossomed. “Hurts as bad as a four-year-old bastard callin’ ya ‘Daddy’.”

“Is that a problem you encounter often?” Wolf asked, managing to jest despite the knots gathering in his stomach.

“No. Not really. I used to be a bastard once myself,” Quertin chuckled.

“Still are, then. You can’t unbastardize yourself.”

“Ah, is that my problem? And to think I’ve tried so hard all these years.”

Wolf chuckled and shook his head. “Lie down, my friend,” he said. “I insist.”

“Well, if you insist. How could I refuse?” Quertin obliged, groaning softly, as if the change from vertical to horizontal had amplified his discomfort.

Wolf emptied the contents of a jar into a basin of water. The blue crystals danced upon the surface before forming ice. Wolf chipped off a large chunk, wrapped it in a bandage, and applied it to Quertin’s head.

“What is it you wish to say?” Quertin asked.

Wolf drew a chair. Sunlight poured in from the only window. He could see the sun was only a quarter through its skyward arc, yet it already felt like it had been a long day. Dreading the remainder, he wondered if it were not too late to head home and reject the quest, somehow finding the words to apologize to Seydor. Of course, he knew this impossible. He had a sacred duty to perform; it was not his place to question it.

Quertin’s room was hot as a kiln, but it could not be helped. The man had to lie down, else risk losing his balance. And this was the best place.

“What I am about to tell you is of such monumental importance that I barely know where to start.” Wolf said, casting his friend a rueful glance. “And you will not believe it anyway.”

“Oh, trust me. I’ve heard them all … and like that whimsical creature from that play I can’t remember, each day I try to believe three impossible things before breakfast.”

“You haven’t heard this one before. I promise.”

“Come now, it can’t be that remarkable. If you don’t know where to start, just start at the beginning, since I know nothing of your tale.”

“Very well. Last night, I was visited by Seydor and …”

“Seydor!” Quertin gasped. “You’re right. I don’t believe you. No sane man has ever made such a claim …”

“Told you it would be hard to accept. And I know it sounds incredible, but it’s the purest truth. Seydor revealed a great many things but the crux is that a contest of the gods is about to take place, and the fate of the world will be governed by its outcome.”

“Most likely a dream,” Quertin replied. “They say stress can do that to a man. Some nights, after a battle, I wake up screaming, lying in a pool of sweat, and I swear I can see the men I’ve killed standing before me, like ghosts or fell apparitions. You’ve suffered a terrible loss, Wolf. That’s probably all it is. Seydor appearing before you in a vivid vision is just how your mind is dealing with the trauma.”

“No! That’s not it at all!” Wolf retorted, burning with impatience. “These were not self-contrived remarks crafted by an addled, disturbed brain! Nor did I suffer from some fleeting, transient delusion! Seydor and I had a lengthy, complex conversation. Besides, he gave me this! Look!”

Wolf handed the talisman to Quertin, who turned it over in his hand. The Sword and Crossed Gauntlets adorned one side. Otherwise, it was nondescript, like a coin on a chain. The metal of its construction, though, the Swordmaster could not place, resembling grayish gold and feeling far too heavy.

“Perhaps, I’m the one dreaming,” Quertin said. “Maybe that foreign bitch rang my bell harder than I thought. S’blud! That was a woman!”

Wolf fixed him with his most serious stare, and the older man withered under the force of his gaze, shying away, slightly embarrassed, almost as if he feared his friend had the powers of the mythical basilisk, and would soon turn him to stone if he did not agree to support his story.

“Oh! Very well!” Quertin relented. “Let’s just say for argument’s sake, that what you say is true. That it was no delusion. Nothing you ate. No bite of a poisonous insect. Why would Seydor return after all this time and choose you as his chess piece?”

“Thanks for the vote of confidence,” Wolf replied wryly. Remembering the ring, he pulled it from a pouch on his belt.

“What is it?” Quertin asked.

“Just do it!” Wolf demanded, his anger flaring once again.

Quertin took the ring and put it on his finger. Instantly, he gasped and leapt to his feet. His irises contracted, as if blinded by light, and he let out a fearful groan before falling back upon his bed.

Wolf sighed with visible relief, his body seeming to shed a small fraction of the tension it had stored. “Thank you!” he replied unable to totally suppress a tone laden with exasperation.

“That is why I have come with such urgency," Wolf continued. "We must go to Malden at once! We must find and secure the first stone before the forces of the Dark Lords!” A manic quality invaded Wolf’s voice, almost suggesting he believed that the two of them could singlehandedly bring an end to the Stonequest within the next fortnight if only they just worked together. “I need your combat skills, Quertin. Your tactical mind. And you’re one of the few I can trust.”

Quertin furrowed his brow and frowned, responding slowly to the impassioned request. “My duty is here with the Empire. I can’t just walk away from scores of men in my charge. Training officers is important. The war effort depends upon it. And we are just halfway through. No one else can instruct them at this critical stage.”

Wolf bit his lip and turned from his friend. He knew the argument made sense. It just was not the reply he wanted. Nor expected. Doubt crept into his thoughts again.

“Look,” Quertin began gently. “I can probably join you further down the road. This … Stonequest? … will not be over anytime soon. Perhaps I can find someone to fill my role. But it will take time.”

“I suppose you’re right,” Wolf said graciously. “It just would’ve been nice to have had you along. You were always like a father to me … and now …”

“Your father was a great man, Wolf. He deserved a royal service at the capitol.”

“The family decided against it. Instead, we had a small, private gathering. It was what he wanted; his last wish – he really loved our farm.”

“You have my condolences … and my love.”

“For the latter, I am most grateful,” Wolf said, managing a warm smile, despite harboring feelings of abandonment and bitter disappointment.

“There are things I can do for you here though, Wolf.  You have enemies at the Royal Court, and some have no qualms about voicing their indiscretions. I will document their loose lips, recording every foolish thing they say, gathering their calumny and reporting it back to you. Runcheon is getting up in years, and it would be wise to have someone here in the capitol who can keep you abreast of politics. I say little, but I see everything. Your uncle has a group of cronies and is positioning himself to inherit the kingdom. As far as I know, Runcheon has not talked about stepping down, but you never know. The Contest will require all our skills. And I suspect many of its challenges will not be solved by sword alone.”

“Wise words,” Wolf said. He rose to his feet, cracking his knuckles in the process, an unconscious manifestation of his inherent irritation.

Quertin returned the ring to Wolf and flashed him a sympathetic smile. “Well, my friend, they say a burden shared, is a burden lessened, so I’m happy I could help you in that respect. However, I almost wish you had not told me to put that ring on. The world is different now. Frightening and uncertain. And I fear we will never be able to go back to how things were.”

“Truer words have never been spoken,” Wolf replied with sobriety. “Now, if you’ll excuse me, I must speak with Alcuin.”

“Fair enough. I believe you can find him toiling in his rooftop knowledge-den, though what he does there, I know not.


This is a chapter leading to Wolf's adventures in Malden.
Pays one point and 2 member cents.


© Copyright 2021. duaneculbertson All rights reserved.
duaneculbertson has granted FanStory.com, its affiliates and its syndicates non-exclusive rights to display this work.