Aussie is a wheel - chair person with a passion for poems and short stories about Australia. She likes to express herself through both mediums. She is an an artist who likes to paint in all mediums. Writing has become an outlet for her as she is ext - more...

She is a top ranked author and is currently holding the #39 position.

She is an accomplished poet and is currently at the #90 spot on the rankings. 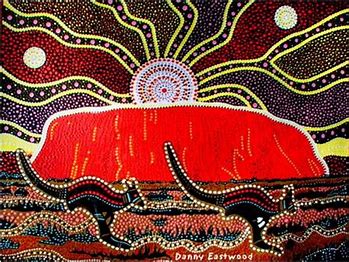 White men had gold fever back in 1852, this drew my grandfather to the goldfields at Peak Hill in New South Wales.

My grandfather was an arrogant and selfish white man. Even when my sister and I were growing up, he showed no love for his grandchildren, or his wife from the Wiradjuri tribe. Nana was a loving and kind woman who loved us, cared for us but never spoke. Grandfather wouldn't allow conversation unless he asked her a question. As a child, I found this dreadful, I was scared of him and I never spoke either. At the dinner table there was always a Bible and we had to listen to him reading from it.

The Wiradjuri tribal women looked after the whites in the goldfields. They were paid in bread and treacle and trinkets. Often the whites were drunk and took the women to their tents. The women were too scared of the whites to argue. So they bowed their heads and got on with cooking and general chores around the gold diggings.

Wiradjuri men helped dig for white man's gold and some were rewarded for their labor. Grandfather married and brought Nana home to Sydney. She was given the name of Ethel. Continually harassed by my grandfather; he was boss in all matters. Nana adapted well to living in a brick home and as the years passed, she gave birth to five children.

Back in the fifties there were no such things as washing machines, only 'coppers' where the water came to the boil with gas heating. Nana was holding my uncle, her youngest son and he was just a babe - he fell into the boiling water and subsequently died. Of course I wasn't around then but my mother told me the story. Nana never got over his death and grandfather blamed her for being careless.

I never understood why my grandfather never had much to do with us kids. Maybe because we carried aboriginal blood - it's too long ago now. It was hurtful not to get a birthday or Christmas present and to be ignored completely. When he wasn't around nana gave us so much love and wisdom, we adored her.

When I was about fifteen years old, Nana had a bad fall. Like most aboriginal women, she was a large person and weighed around thirteen stone. She tripped and fell down the concrete stairs at the front of their house. Badly bruised and in much pain, she took to her bed. My mother and aunt took turns in washing and feeding her. No nurses came to the house in those days. She gradually got worse.

My grandfather walked through the front door and my sister and myself decided to stand up to him.

"Nana needs a doctor!" We both squealed
"She's a tough old bird, she'll get better soon." He growled.

He didn't get a doctor for her and she went down hill dramatically. Eventually, he realised his mistake and called the local Doctor.

"She's just badly bruised," The Doctor gave her painkillers and left. Medicine was hit and miss in those days.

High School had finished for me and I was shopping in Sydney with a girlfriend; suddenly I felt I was going to vomit. I told my friend something was wrong at home and I had to get the bus. I stood up in the bus for an hour, trying not to throw up.

Eventually I reached my home and the neighbor came dashing out to tell me my mother had collapsed and was in bed.

I told the neighbour, "Nana has died" she stood with her mouth open. You see, I have been a 'sensitive' since I was ten years old. We see and feel things that others do not.

Nana passed away from a burst peritoneum - over a period of six weeks she had been bleeding internally. Mum was closest to her and had collapsed when told the news. I will never forget the callousness of grandfather. He used her, abused her and never really knew what a loving woman she was.


Contest Entry. This is a true story about my beloved grandmother. I am proud to carry aboriginal blood.
Pays one point and 2 member cents.

Aussie has granted FanStory.com, its affiliates and its syndicates non-exclusive rights to display this work.