Seshadri Sreenivasan is an engineer by profession. He holds a degree in electrical engineering. He worked in Steel Mills in India and abroad for 40 years before hanging up his boots.
This background might seem entirely unconnected with the world - more...

He is a top ranked author and is currently holding the #5 position.

He is an accomplished novelist and is currently at the #52 spot on the rankings.

He is also an active reviewer and is holding the #19 spot on the top ranked reviewer list.

The final chapter of Kutty's story.

The Trees Of Heaven ( final part 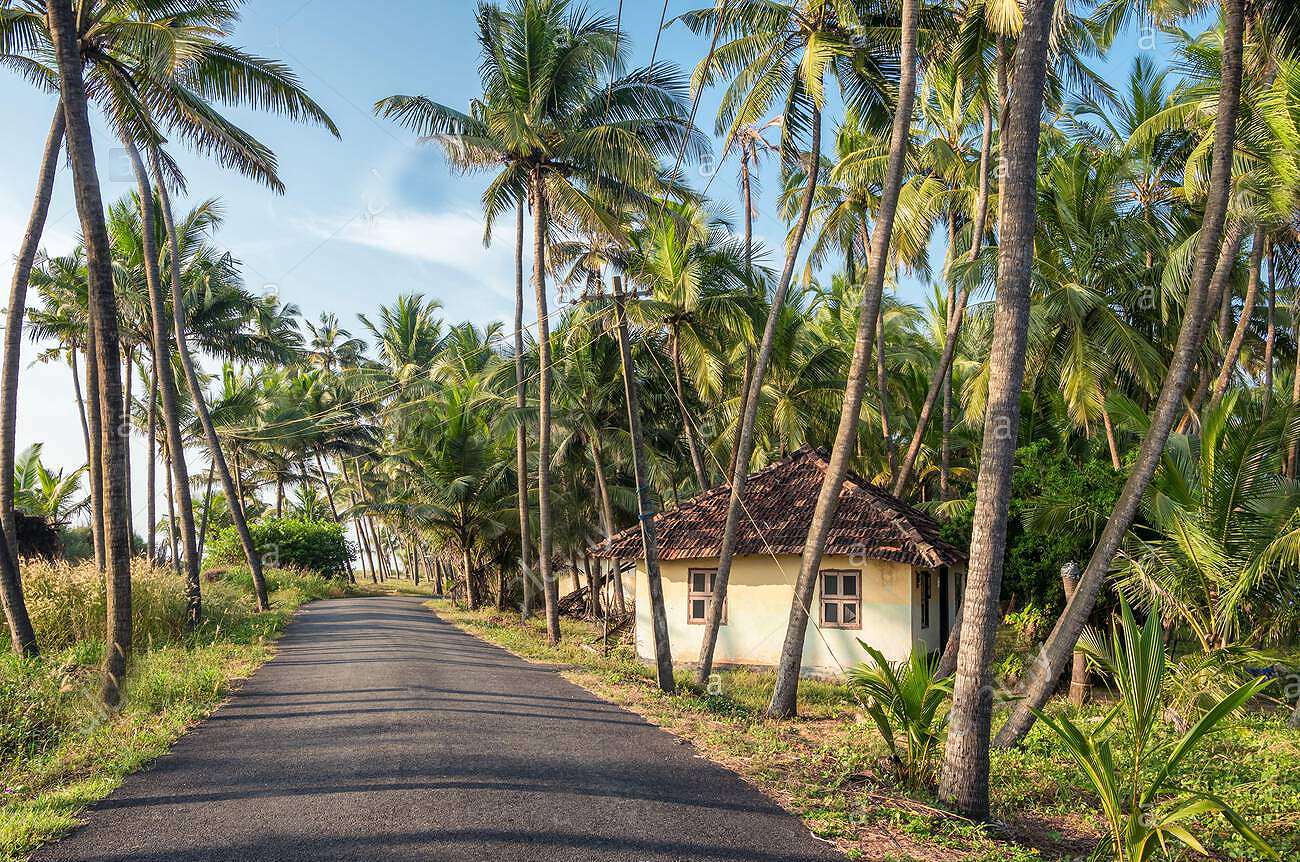 Previously: In the well-known coconut growing state of Kerala, South India, Ahmad Kutty leads a staid life of a coconut farmer. His life changes when a rich businessman proposes his daughter’s marriage to Kutty. Kutty accepts the proposal and leads a  blissful married life.  But fate has different plans for him. This is the concluding part of the 4-part series.  Read on………

The coconut palm is one of the most useful palms in the world. Every part of the tree is useful for humans for some purpose or the other. Therefore, the coconut palm is also called ‘Kalpavriksha’ in the local language meaning 'The Tree of Heaven.'

One fine morning some of  Mapila’s employees arrived at  Kutty’s new home and woke him from his reveries. The season had started and it was time to buy coconut plants. To start to grow a coconut plant, one has to begin with a fresh coconut that still has the husk on it. When you shake it, it still should sound like it has water in it. Soak it in water for two to three days. After the coconut has soaked, place it in a container filled with well-draining potting soil. It needs a special understanding and knowledge and experience.

Kutty had strictly followed the stringent procedure all his life. The workers complained that they were not given fresh coconuts to plant and the manager, his father-in-law, Malila had employed, was drunk most of the time and had little knowledge of coconut farming. Time was running out and supplies were disrupted, which had angered his important clients. There was a shortage of funds. Kutty was furious. He told them he would never ever let his farm suffer.

He explained the seriousness of the situation to Fathima and told her he had to go to the farm and set right things and fix the problems that had cropped up of late. Fathima told him lovingly that she was a natural extension of him and she would be happy to accompany him.

“My business is sure to double with your moral support,” he told her gently as he hugged her.

Gradually, Kutty became more and more involved in the coconut farm. He kept his father-in-law’s workers under control and sacked the manager. He stopped interacting with Mapila. After some time, he started to supply coconuts to more and more factories at better prices. With his newfound status, he was in a position to dictate prices. To his luck, there was a decline in production in the neighbouring villages and a significant increase in the yield of his farm.

He spent his days studying, experimenting, and researching. His business grew. In the following years, he bought the farms in the vicinity of his farm and started growing high yielding varieties and became the toast of the town. He shared his enthusiasm with Fathima, who always charmed him with her enigmatic smiles. He could never understand or make out what she meant by it. On many occasions, he had noticed her looking at the farm with a distant look in her eyes.

Then the inevitable thing happened. One day as he entered the room he saw her lying down in bed. She didn’t acknowledge his presence. Lately, he had noticed, she had stopped cooking as before, having lost her lust for life with him

“I miss the city and my people,” she said one day as she took him by surprise. A week later when he returned home from a tiring day at the farm, he found Fathima packing her large suitcase.

“I want to go to Dubai and look at those wonderful sights they have and the ‘Gold Souk.’ (The largest, oldest and one-of-a-kind gold market). My people are waiting for me and we are catching the flight tomorrow:”

Fathima went away just like the way she had joined him. Hiding her tears.

When he agreed to marry Fathima, Kutty strongly believed that the relationship would last forever. He always hoped that there's no way anything could ever happen to break it up.

Relationships end for a wide variety of reasons. Conflict is one common reason. But in Kutty’s case, there was hardly any serious conflict. But it involved other reasons that meant ending a relationship with someone he cared about. When his wife, Fathima was lured by the prospect of glamour and gold in Dubai, he had to learn how to break up with someone he loved. Glamour and gold had no place in his large heart. Like most of us, Kutty entered a relationship with the hope that he would never have to end it.

Ending a relationship is one of the most difficult things we have to do. He didn’t want to make things difficult for Fathima, someone he cared for and loved. There was no right way or the best way for a break-up.

He planned to help make the transition smoother and less painful for both partners. In a strange way, he was glad that she would be away from the clutches of her domineering father, who


didn’t argue, and let her go.

One day, though, she would be back, Kutty consoled himself.  Meanwhile, he would take care of the farms and improve his lifestyle and fortunes.

He bid her goodbye and kept waving till the car disappeared from his sight.

Again and again, he started talking to himself. “It is better to be a king in one’s own small parcel of land than be a slave in golden chains in a foreign land. I am born in the ‘God’s Own Land” and amidst ‘the Trees of Heaven’. I shall die here.

He started walking towards his coconut farm. He did not look back.

The cast of characters:
Ahmed Kutty. A small-time coconut farmer.
Moytheen Mapila, the rich businessman from the city.
Fathima: The beautiful daughter of Moytheen Mapila who marries Ahmed Kutty.


This is the final chaper of the story "The Tree Of Heaven'
Pays one point and 2 member cents.