Duane Culbertson is a citizen of the universe.
He respects all things natural.
By day a scientist,
By night a passionate writer.
His nocturnal scribblings bring him great joy,
a joy he hopes to share with others.
[Please visit - more...

He is an accomplished novelist and is currently at the #9 spot on the rankings. 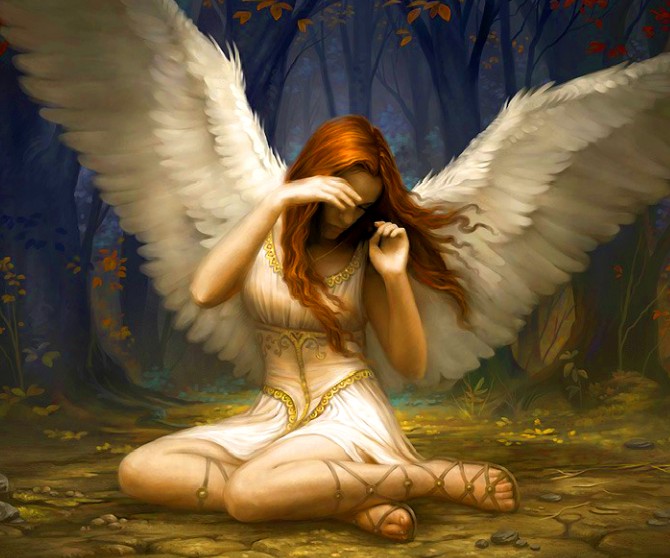 Author's Note: In Part A of this chapter Sigfried entertained himself with a courtesan named Sheena at the Emerald Rose. She reluctatnly told him where he could find Black Dragon.

After making inquiries, Sigfried found Darby Lane. Each time he asked someone, the person was unable to hide their disgust. Nevertheless, he continued his search, undaunted and unashamed. The revulsion of those he queried along the way decreased the closer he got to the infamous location, a sign that those who dwell within its shadow are more sympathetic to its visitors.

Darby Lane was a squalid place. Garbage rotted in the street, and rats as large as cats fled before him. The road looked as if it had seen no upkeep in generations. As he walked its length, aggressive whores stalked him. Unlike Sheena, these were not ladies of fine breeding. These harpies were filthy, malodorous, and desperate. Rude too. They groped his manhood and shouted angry insults when he ignored their efforts to entice him.

Only desperate men would seek the comfort of such women.

Unlike the ladies of the Emerald Rose, these whores carried diseases collectively known as the pox or the clap. The accommodations here provided a stark contrast as well. Most clients lay upon straw cots as they enjoyed their business transactions in plain sight of others. Some did not even use those, taking their pleasure standing, or using a wall for support.

“Opum, sir?” offered a voice from the shadows.

The response had a galvanic effect upon the man. His eyes widened. “I got none of that stuff!” he exclaimed. “Refuse to touch it. Ask Liam ‘round the corner.”

A score of anxious strides brought Sigfried within sight of an emaciated man standing beside a makeshift stall. A crown of gray hair sprouted wildly about his head, though it seemed reluctant to take residence upon his pate, giving him an almost tonsured appearance. Sigfried assumed this man must be Liam. Judging by his jaundiced eyes and state of malnutrition, it was clear the narcotics purveyor sampled his stash often.

Only to test it for quality, of course … for the good of the customer. Not that I care. Just sell me the fucking boat and let me set sail.

Two larger men flanked Liam. A fortune likely sat hiding in the dark chest that doubled as his foot stool.

“How much for Black Dragon?” Sigfried asked boldly.

“Thar’s been quite a drought,” Liam said, moving a wad of tobacco from one side of his mouth to the other. “With trade routes no longer safe, the mules have jacked up their prices. They say it’s no longer just Vanadian warbands that keep ‘em up at night. There’s talk of strange beasts roaming the wilderness, stalking the unwary. It poses a serious problem - they can’t keep to the roads for fear of the Roadwardens yet can’t travel the country for fear of these horrors. Not to mention the terrible storms threatening the caravans. It’s a miracle I’ve anything to sell." He scrutinized Sigfried, taking stock of his fine clothes.

The merchant’s eyes widened, and he almost swallowed his quid of tobacco. No doubt he expected Sigfried to balk at the exorbitant price, then haggle. Dumbfounded, Liam took the gold coins offered and handed over the goods, most likely regretting that he had not gouged his young customer more.

Sigfried felt a thrill of excitement as he received the Black Dragon. His heart raced. He could already smell the drug through the paper, and, like a conditioned animal, the odor aroused him.

He had not even checked the contents to assess the quality. He cared nothing for this aspect; he was not a connoisseur. Soon he would satisfy the painful longing for the dried, black herb – that was all that mattered. It had been nearly three days. Far too long! Now that the wait was over, an overwhelming urge took hold. He had to find a place to use the drug. He quickened his pace, his feet pounding the cobblestones.

Clouding his judgement, the pungent odor already thrilled him, a harbinger of his future ecstasy, so close he could almost taste it. The two pieces of eight were supposed to pay for Demelza’s services, but he had a fortnight to come up with money to replace it. Plenty of time. The strangers would surely lead him to some form of wealth or treasure; else why would they have insisted on such secrecy.

At a frenetic pace, Sigfried gained ground over the well-worn cobblestones. With the Dragon in his hands, his blood roiled, and his heart raced with the thought of what he was about to do. He could restrain himself no longer. At the end of Darby Lane, he found what he was looking for – an opum den.
He practically dove into the dark stairwell of the condemned building, making it appear as if the structure had swallowed him whole. The denizens below lurked in shadows, meandering through states of consciousness. Some lounged on couches or pillows. Others reclined on the stone floor, no longer aware of its hard surface. Many seemed oblivious to all forms of discomfort, their bodies contorted in unusual positions, oriented at strange angles.

Moonlight trailed Sigfried into the depths of this subterranean dreamshop. Dust and smoke hung in the air, scattering the light, lending a ghostly quality to all it touched. A dozen candles bristled from a candelabrum upon a shelf, the only source of light.

Stepping from the gloom, a slovenly man approached. He brushed something out of his beard and tossed a small bone over his shoulder.

“Can I help you?” he asked in a distant voice. His eyes seemed to see through Sigfried. Aware of his presence, yet vacant.

“Would you like food?  Drink? A woman to accompany you perhaps?”

“I want a room!” Sigfried yelled, pounding his fist on the table. The man behind the counter did not even blink.

Sigfried tossed him a denarius. “Keep the change,” he said. The man bowed before handing him a key, then pointed. “Straight down that hallway. Turn right. Then it’s the fourth door on the left.”

Sigfried nodded, adopting an energetic pace down the indicated hallway. As he passed doors, he chanced to hear muffled moans of pleasure. Soft laughter too. A few candles ran alongside the wall, casting their scant light to illuminate the dingy place. In ages past, it had probably served as a storage cellar for wine or vegetables, the wooden doors and walls now lining the cellar constructed as recent additions to give patrons the illusions of privacy. Few would mistake this place for a classy venue though, no matter how drug-addled their minds.

Mold, smoke, urine, vomit, and the stale residue left behind by fermented beverages all coalesced into one pervasive miasma of decay. Keenly aware of the hideous stench, his addiction overruled his disgust and fueled his resolve; Sigfried did not even hesitate as he turned the key to enter the room.

Drab walls greeted him. A stained, broken couch sat upon three legs with a samovar filled with hot tea bolted to the floor beside it. For him, these items held no interest. He was not concerned with any of the surroundings; for he knew they would soon change.

Locking the door, he began the ritual that had become a necessity. He would not use the entire Dragon, as he knew he would need to call upon its power again soon to keep the cravings at bay. He sprinkled the acrid powder upon special paper he kept in his handkerchief. He rolled the herb into a tube, twisted both ends shut, then lit one end by candleflame. He sucked at it greedily, the acrid fumes stinging his eyes, making them water. The first hit went by too quickly. He wanted more, so he rolled another one. And before long he had smoked the entire quantity.

Oh well, I can always get more on the way back.

He felt really good now. The numbness had taken hold, replacing his earlier cravings, and the amazing part, the ride, had not even started.  He sat eagerly upon the moldy couch and waited. First the candlelight began to fade, then he could no longer see the tattered, gray wallpaper. He felt the drab, stained couch disappear beneath him, leaving him to float in silence. He could not even hear his own breathing, nor the beating of his heart, which he felt growing faster by the moment. A delicious torpor invaded his body. The itchy pangs suffered earlier were replaced by warm caresses. These tactile sensations gave way to a dreamy reality, and before long he was lying upon a soft, fluffy cloud with three beautiful women. As often happens with the magic of dreams, he found himself naked without any recollection of having taken off his clothes. Wings sprouted from the backs of the women; their feathers softer than anything he had ever touched.

The physical manifestation of the dreamworld is what made Black Dragon truly special, an experience unparalleled in the real world. Lost in ecstasy, overwhelmed with pleasure, Sigfried allowed these angels to do as they pleased. One cradled his head in her arm, her blond hair draped over him like a protective shield as she showered him with kisses. The second angel with raven-black hair and an aquiline nose massaged oil into his chest. He stole a glimpse into her violet eyes and read deep kindness therein. A face imbued with grace and symmetry, gazing upon her was a pleasure of its own. Her soft smile spoke of love and betrayed an odd sense of familiarity, her delicate hands sensual and caring. He touched her small, rounded breasts, smooth and supple, her skin fair and flawless. Then, for reasons unknown, she sprouted elven ears.

The last angel had long, wavy chestnut hair cascading down the length of her back and covering her shoulders. He could not see her face in his supine position. She was probably beautiful too, like the others. Once he chanced to see the crown of her head as she attended to his rigid member.

He thought he would burst with joy. Each culmination growing more intense than the last, he wondered if there was a limit to the amount of pleasure he could safely receive. Rumors claimed the Black Dragon joyride occasionally killed those who dared to overindulge and test their limits. Sigfried hoped he would not become a statistic supporting this theory.

Blue sky surrounded him. Warm sunshine embraced him. And strange fanciful birds flew beside him. The women continued to stimulate his body in provocative ways, eliciting sensations previously unknown. He had no concept of time. He was sure of only one thing – he wanted to stay.


© Copyright 2021. duaneculbertson All rights reserved.
duaneculbertson has granted FanStory.com, its affiliates and its syndicates non-exclusive rights to display this work.

Advertise With Us
Matriarch of the Heart
Not all choices are pleasant or easy.

Pays: 10 points. and 1.02 member dollars
Copyright © 2000 - 2021 FanStory.com. All rights reserved. Terms under which this service is provided to you. Our privacy statement.
top
You Have No Rank
Share 4 posts to be ranked.