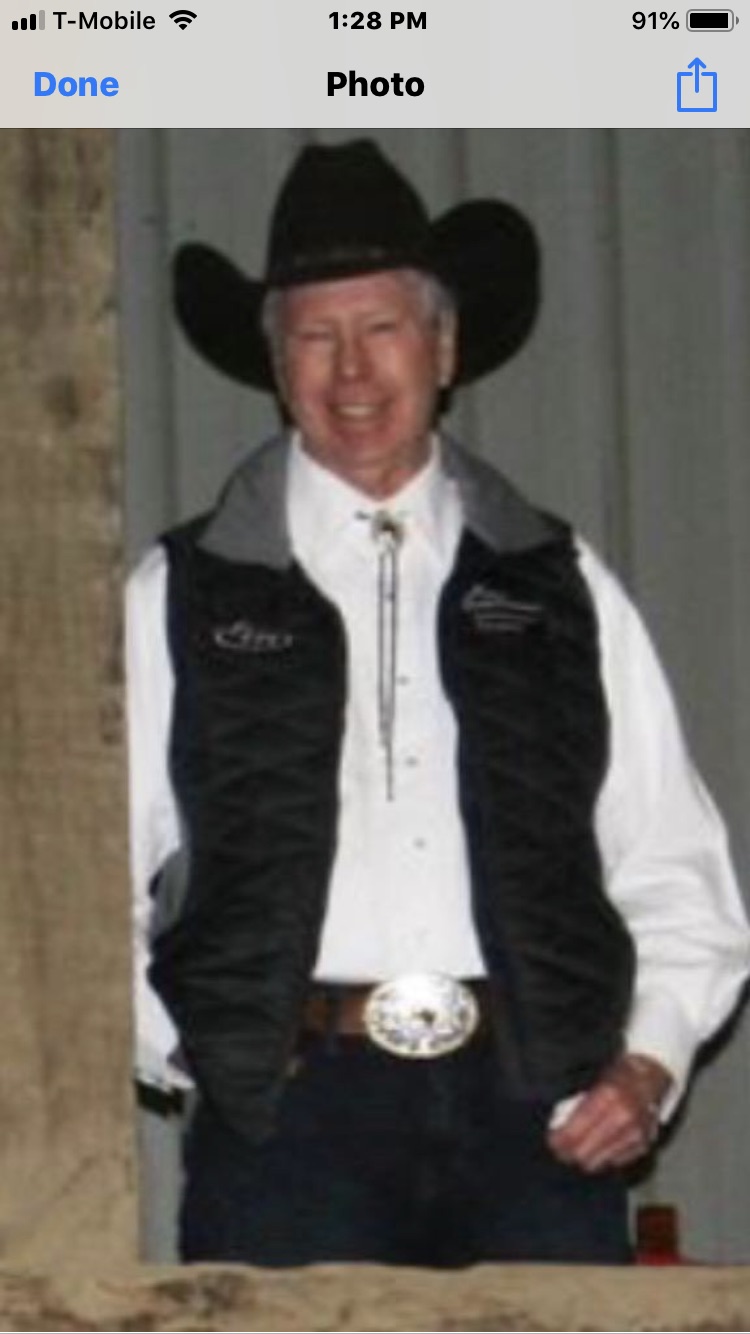 The butterfly counts not months, but moments; and this is enough.

At times, rare times, a writer becomes a bird in flight. A soaring, darting bird that cuts the air with its wings and opens a space between earth and sky. And it is - more...

He is a top ranked author and is currently holding the #61 position.

The Paradox of Deceit 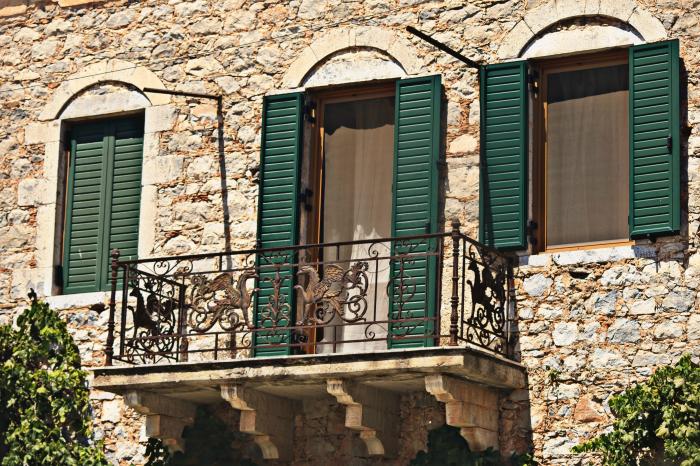 The Paradox of Deceit

Paul looked over the canvas he was painting and shook his head.

"The evening light is fading. You can get dressed now."

Giselle, his model, rose from the rumpled bed. The satin sheets whispered against her silky skin. A small silver tray, used as a prop, tilted with her movements. An overturned wine glass on the tray rolled into a corked champagne bottle, the dark green bottle perspiring in the humid New Orleans air. She moved to a nearby chair and picked up a long terry robe, cinching it tight against her waist.

"Is light all that important?"

Paul shrugged. "To me, it is everything."

"Well, not to be over-critical, but that doesn't sound very flattering." She reached into the pocket of her robe to draw out a package of cigarettes and gold lighter. It was the last cigarette. She pulled it out and crumpled the empty pack, placing it back in her robe. She put the cigarette to her lips and lit it. Inhaling deeply, she blew the smoke from her mouth. "Light is everything - phfft. Do you have any idea what it takes to pull something like this together?" She motioned over her body.

"A model is more than just an object, Giselle. She is also an inspiration."

"Inspiration, huh?" She looked at the rumpled bed, the red bikini panties - a discarded bloom on the platinum colored sheets. She suddenly turned solemn. "Can I have some of that champagne?" She pointed to the tray on the bed.

"You said yourself, the light's fading. Maybe the champagne will bring it back. It does brighten one's humor, you know."

Paul covered his canvas with an oil-spattered cloth, and walked over to her. "What's bothering you, Giselle?"

She snuffed out her cigarette in a glass bowl, fidgeted in the robe's pocket. "Does it matter?" She pulled out the gold lighter and paused, studying it. Her fingernails slowly traced something on its side.

"Nothing," her voice soft. She looked at it again. "A gift. I received it two weeks ago."

"Let me see." She handed it to him. He turned it over in his palm. "EMS. These aren't your initials."

She took the lighter, placed it back in her pocket and stepped out onto an open balcony. Below, a police siren broke the early evening quiet.

As the sound faded, the voice of an open-air preacher rose from the street: "Repent, the end is near." Looking over the railing she saw an offertory basket at his feet.

Giselle turned toward Paul. "Someday I'd like to own something that really belongs to me, Paul. Something that doesn't have somebody else's initials on it. Know what I mean? Something I can truly call my own."

"You're a beautiful woman, Giselle. Someday you'll get married. Your husband will love you and give you many gifts, I'm sure."

"Yeah, I'm a real inspiration, you already told me." She crossed to a nearby mirror and began to primp. "But beauty doesn't last. I've seen it on the faces of some of the other girls like me. Like I said, it takes a lot of work to look like this." She turned her head towards him. "You should know. You're the artist."

"I think about that. You know, a husband going to bed with me looking like I do now and then waking up in the morning to the real me."

Paul laughed. "Now that would be a pretty picture, I'm sure."

"No, I'm trying to be serious, Paul. Marriage is a real commitment. Maybe that's why they put in that thing about being faithful and for better or worse."

"Now you're turning philosophical on me." He put a finger to his temple. "Or would that be turning legal?"

"That's another thing; men usually don't take us women seriously. I don't know if I could trust a man making that kind of a commitment; even though it's said in church and before God and everything."

"And you're speaking from experience, of course."

"I admit I've known a lot of married men. But you know, I don't know who to feel sorry for most: the guys because they can't keep a commitment or the wives for believing in them in the first place." She returned to the balcony, looking out. "But a girl's gotta eat, right?"

"Can't argue with that."

She ran her fingers through her hair. "I wish I could have some champagne. You know, help brighten the day."

"It can also brighten the eyes with tears."

"That's almost poetic, Paul, almost like a paradox." She nodded to herself. "Yes, that's what champagne is, a paradox."

She glanced over the terrace. The corner preacher was still there, addressing nothing but the empty street, now damp with a sprinkle of rain: "God loves you! Repent and come to Jesus."

"I guess you could call champagne a paradox, I never really thought of it that way." Paul agreed.

"Yeah, I'm finding a lot of people don't think about a lot of things. World full of dumb people is a dangerous place to live, if you ask me."

"But then some people out think us all."

She ran her fingers through her hair again. "Maybe that's the problem, some thinking too hard, others not thinking all. Maybe the trick is to not over-think ourselves either way. You know, become less or more than what we really are. Like Grisham said" She pointed to his books on the shelf above the bed. "'Don't compromise yourself, you're all you have.'"

He shrugged. "You're better read than me. I mostly use his books for props." He shook his head. "Come on, Gisele." He placed a hand on her shoulder. "You're not going to solve the world's problems. You need to pull yourself out of this funk you're in. It's not going to do anything but put wrinkles in that beautiful face of yours."

"And that wouldn't inspire you?"

"It would, but for other things. Things that wouldn't sell as well, unfortunately."

She turned to face him. "I'm moving back home, Paul. To Oklahoma."

"Huh, where did that come from? You've always said you hated life back on the farm. Besides I need to finish this painting. I've already got a couple of prospects for it."

The preacher's voice quietly filled the room: "I will lift my eyes unto the hills, for there is my help..."

"Well, I've changed my mind." She reached into her pocket to retrieve the lighter. She flipped it in her hands. The gold surface reflected the light from the gas street lamps below. "This lighter, some guy gave me two weeks ago because he said he loved me. Loved me, ha!" She bit her lower lip, as if reflecting. "This lighter with someone else's initials on it is what woke me up."

"But you've got friends here," Paul protested. "Think about what you're giving up to go back to mucking out horse stalls and pig pens."

"Friends? Other than maybe you, friends here are about as real to me as those initials on this lighter are to my name. Which is Laura Meredith Shelley, by the way, not Giselle. And if I were honest, the horses and pigs are probably more loyal as well. Least ways they always seem to be glad to see me coming."

"Maybe the livestock will," he answered, "but what about your family?"

"I...I don't honestly know. I left angry and rebellious. Joined the Mardi Gras parade here and never seemed able to get off the float." She cast her eyes down. "I don't know what they will think of me, even if they will accept me back."

The preacher's word wafted in the air: "He arose, and came to his father. But while he was still far off, his father saw him, and was moved with compassion, and ran towards him, and fell on his neck, and kissed him."

"Then think about this. I'll be getting big bucks for my painting of you. I'll split it with you."

"If I stay here, it would do nothing but pay for my grave."

"You are that unhappy?"

"I'm surprised your brush strokes haven't picked it up."

"I've a confession, too, then. They have. Selfishly, I've smoothed them out."

"I'm no more ashamed to admit it than you of your profession."

"That's behind me." She corrected. "Almost two weeks now."

"Two weeks, wow." He shook his head, "There is nothing I can say that would make you stay?"

"Even if I say I'd take care of you, if you stayed. You could live here, with me."

"Beware the harlot who stands on the corner and entices with crafty intent to deceive..." The preacher's voice came in over the balcony's balustrade.

"Champagne words, Paul. A moment of delight, a moment to brighten the eyes with tears. Your proposal, another paradox."

"I've hurt you through my self-interest."

He sighed and stared into her eyes. "What do you do now?"

"I'm going to get dressed and go back to my apartment. I'm almost completely packed. I've even purchased tickets on tomorrow's train."

"You were so sure of yourself?"

"It's late now. Dusk is well past. Maybe I could pour us some of that champagne - for old time's sake."

She shook her head, an enigmatic smile on her lips. "I don't need it now."

"Well, I do." He moved to the bed, picked up the bottle and poured the warm but effervescent liquid into the glass. Taking a sip, he looked at her. "Will you leave your forwarding address?"

"There is nothing here I want to remember. Nothing I want following me home."

"He will remove your sins as far as the east is from the west..." the preacher's voice continued.

"Goodbye, Paul." She kissed him on the cheek.

Moments later, Paul, with his glass of champagne in his hand, glanced out over his balcony. Laura was just entering the sidewalk from the alcove of his building. He could hear the brass door swing closed with a click.

She approached the open-air preacher beneath the lamplight and stopped. From his balcony, he could hear their quiet murmurs. The sound friendly and achingly familiar with Laura's voice.

He continued to look as she took something out of her purse. Its shell glinted gold in the timid halo light of the lamppost. In one fluid and final motion, she placed it in the offertory basket.

He raised his champagne glass, his eyes bright with tears as he watched her walk away. His glass still raised, even as she disappeared into the shadows.

Often I feel like a writer in search of a story that always remains just outside my reach.
Thank you for reading. Suggestions and edits always welcomed.
Pays one point and 2 member cents.


© Copyright 2021. Loren . All rights reserved.
Loren . has granted FanStory.com, its affiliates and its syndicates non-exclusive rights to display this work.