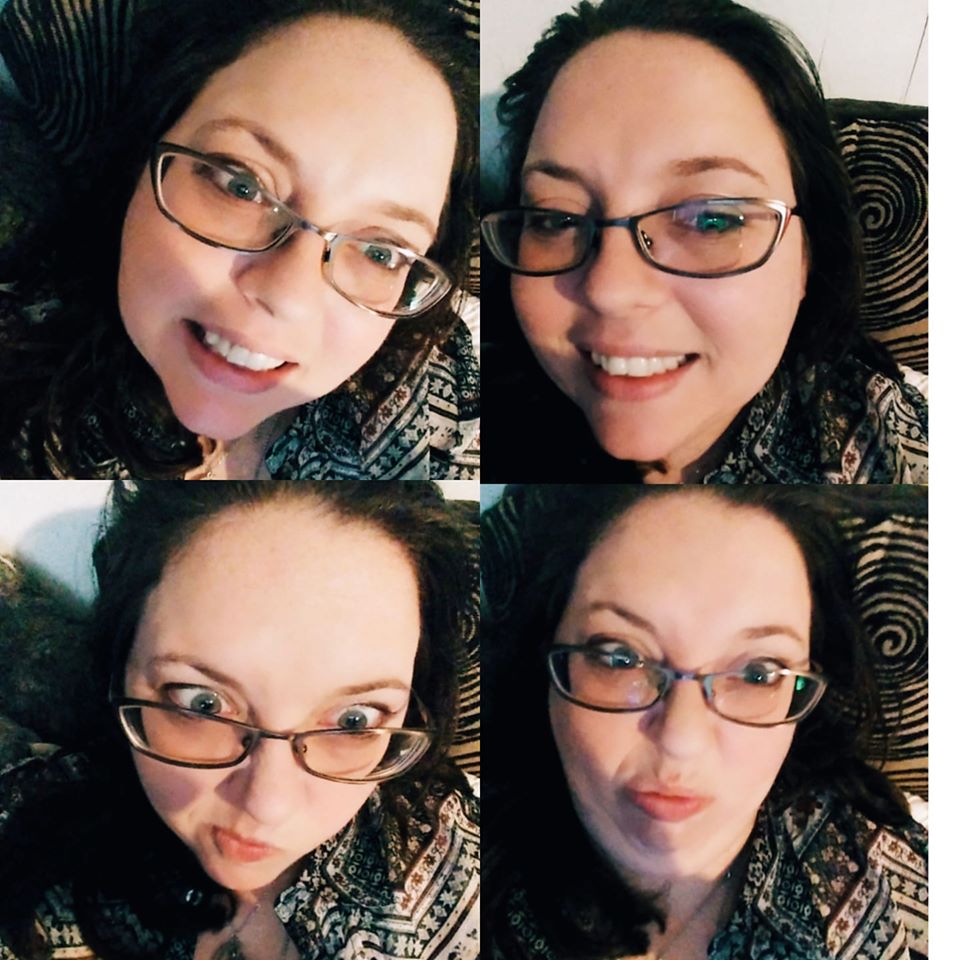 My husband and I own a small business in a small town and we work close to 60 hours a week, which makes traveling to book fairs or writing conventions rather difficult... It also makes writing groups difficult, because (while I fully appreciate the v - more... 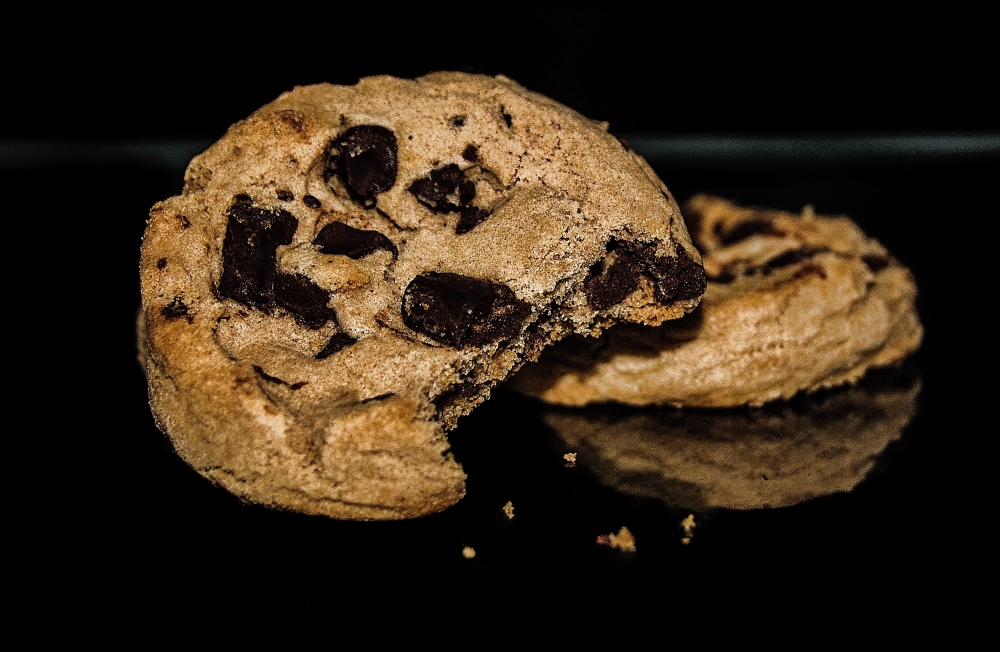 Disappointment hit Mrs. Wilma when she realized she'd need to go down to the corner store for her paper and coffee. She wouldn't have the luxury of its delivery this morning. After eating her breakfast she'd get dressed and walk down to see Richard, then come home to bake some sugar cookies for Cecelia's birthday party.

At least there were enough errands to keep her busy for the day. Being alone at 74 years old, there really wasn't much for Wilma to do.

After finishing her eggs and bacon and washing her plate, Wilma made her way upstairs to get dressed. She slipped into a long skirt, pulled a sweater over her camisole, and slid a pair of warm boots over her knee-high compression socks. It was only October, but autumn was in full swing and the temperature reflected the change in seasons.

She made her way downstairs, grabbing her purse from the hallway closet along the way, and took her keys from the bowl on the table next to the front door. Time to stretch her legs.

Wilma was surprisingly healthy for a woman her age. Most of her former classmates and childhood friends had long ago passed away and those left behind were bound to walkers and wheelchairs.

Wilma never had such misfortune. She shuffled around as an older woman was expected to, but not out of necessity. She'd found if she played the part of a feeble old grandmother, young boys were more likely to be respectful: opening the door for her, moving out of her way on the sidewalk, offering their assistance.

Heavy lifting was another story, though. She was only five feet tall and barely surpassed a hundred pounds--soaking wet, and after eating a Thanksgiving Day feast. She could lift items, sure; her cast iron pan, for example, was no problem. The deadweight of a large boy in her late husband's wheelchair, however, would give her some trouble.

The walk to the corner store was a rather short one and one that Wilma had made hundreds, if not thousands of times. She passed by two neighboring homes and an abandoned building that, in its prime, housed a recreational center for children. Next to the abandoned center was Richard's corner store, a simple convenient store with the words "Market" above the door. Richard and his family owned the store for as long as Wilma could remember. It thrived, back before the neighborhood's decline. In the past two years, though, he'd been robbed over a dozen times; the majority of those times at gunpoint.

"Those thugs can point their guns in my face all they want, Mrs. Wilma. My papa was an immigrant," Richard told her one day, "and he came from a much worse city than this. These children have no idea what is really scary. I won't let them win."

Wilma worried Richard might be too amiable to survive in this neighborhood, though. His father was tougher on his young customers than Richard could ever be with such a kind heart. After the second robbery, he installed high-quality cameras. After the fourth robbery, he bought a shotgun to keep behind the counter.

He was behind the counter when Wilma came through the front door. She smiled and waved, delighted to see him. He and his wife owned the store, as well as the apartment above it, which is where they lived with their son.

He rarely hired any help, with him and his wife working around the clock. Their son was four years old, not yet old enough for school, so one would run the store while the other stayed upstairs with the child.

He waved from behind the counter but kept his face down as he gave change to the customer in front of him.

Wilma walked straight to the coffee pot across the room from the front door and poured herself a cup. She could surely save money by brewing her own coffee at home, but Richard's Cuban coffee was exceptional.

Next to the coffee pot was a slow cooker full of boiled peanuts. Her mouth watered at the sight of them, despite having just finished breakfast.

"Oh, Richard," she exclaimed, "I'm so glad you brought the peanuts back!"

Richard laughed as he came out from behind the counter and walked over to the stack of newspapers near the front door.

"Just for you, Mrs. Wilma," he beamed. "You know, I was beginning to worry about you. When Robby started coming in for your coffee in the morning I thought maybe you were ill."

He put Wilma's newspaper into a plastic bag and rang her up at the register.

It wasn't until she got to the counter that she caught sight of his face. Stitches ran across his nose, his right eye was blackened and barely opened, his bottom lip was scabbed and his neck was covered with bruises. Wilma nearly dropped her coffee.

"Would you believe that I was in a car accident?" he asked.

"That depends," Wilma answered, quickly. "Were you?"

"No," he sighed, "and there's no point in lying to you because you'll just read about it in the paper. The store was robbed yesterday."

"I'm okay, Mrs. Wilma," Richard reassured her. "I'm just grateful it was me and not Jasmine working down here. If those cabrons hurt Jasmine, I don't know what I would have done."
"Do you know who did it?" Wilma asked sternly.

He looked around the store to make sure it was empty before answering.

"It was about a half-hour after Robby left yesterday with your cafe con leche," he said softly. "I think that maybe he came back with his friends. There were four of them altogether, and they were all wearing ski masks, but I recognized Patrick's voice. It was my own fault... I heard his voice and it threw me off, so instead of reaching for my shotgun, I hollered 'Patrick, is that you?!' and I think that it made him nervous, that I knew it was him, so he went crazy. He hit me a few times in my face with his pistol and started choking me. One of the other boys pulled him away. They took all the money from the register and a few packs of cigarettes and ran. Wasn't even noon yet, they robbed me in broad daylight, like they're not even afraid anymore."

Wilma shook her head, fuming. It couldn't have been Robby--he'd been in Wilma's basement at the time of the robbery. So Patrick, Johnny, and James... But who was their fourth? She knew there were more than just the four boys causing trouble in the neighborhood, but those were the only ones to hang around on their block. Erick, maybe?

"What are the police doing?" Wilma asked, though she already knew the answer.

"I doubt much of anything, Mrs. Wilma. You know how it goes." There was a certain defeat in his voice. "I think I'm going to have to close down the store, Mrs. Wilma. I can't let my boy grow up around this and I can't risk Jasmine getting hurt."

Wilma nodded, though she didn't want to agree with him. They'd finally broken him.

"I know, dear. How much longer are you going to stay open?"

"Only long enough to try and find somebody willing to buy it."

Wilma squeezed his hand in her before saying her goodbyes. Just looking at his face caused her pain.

"Who knows, Richard. Maybe something will turn this neighborhood around before then."

He gave one last smile, full of skepticism, and waved goodbye to Mrs. Wilma.

Wilma hurried home, furious. She slammed the front door behind her and threw her bag onto the couch. It landed atop the piles of clothing. She set her coffee down on the counter in the kitchen and opened the basement door.

She expected a strong smell of death in the air and was instantly grateful for its absence. Her basement was cold and dry, which helped slow the decaying process. It brought back memories of helping in the morgue at the hospital. One specific memory, of a large snowstorm fifteen or twenty years back when one of the backup generators for the hospital quit on them three days into a citywide blackout. They'd rerouted the electricity from the functioning generators to the patients' rooms, cutting the electricity to the morgue, and Wilma had to help clean up afterward.

Her basement would eventually begin to resemble the morgue that night, and Wilma needed a solution. She was so angry at the moment, however, she just couldn't think straight.

She flipped the light switch and peered down to the bodies at the bottom of the steps. Johnny's dead body lay atop Robby's, confirming that Robby couldn't have robbed the store. She had to check, just to be certain.

Wilma scowled, slamming the basement door shut. She felt absolutely no remorse after seeing what Johnny and his friends did to Richard's face. Her mission was more clear now than ever before.

Wilma sprayed some disinfectant into the air to clear the light hint of death wafting out of her basement and walked over to preheat the oven.


I'm a huge fan of constructive criticism, so let me know if you notice anything! I don't know if this actually qualifies for needing a violence warning, the Mrs. Wilma series does involve a little violence, so I added it just in case...
Pays one point and 2 member cents.

Artwork by meg119 at FanArtReview.com


© Copyright 2021. Jessica Borras All rights reserved.
Jessica Borras has granted FanStory.com, its affiliates and its syndicates non-exclusive rights to display this work.
Copyright © 2000 - 2021 FanStory.com. All rights reserved. Terms under which this service is provided to you. Our privacy statement.
top
You Have No Rank
Share 4 posts to be ranked.