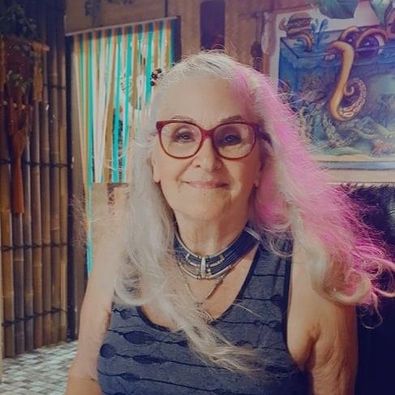 She is an accomplished novelist and is currently at the #89 spot on the rankings.

A chapter in the book A Father's Coercive Behaviour

Klacy’s tiny body shook with fright as she listened to her father’s footsteps approaching her bedroom door along the passageway leading from the stairwell. Scared out of her wits from the horrors of the previous night when her mother had left her alone with her father, to play Bridge with her friends.


Slowly her door opened, creaking strangely; her heart was beating so fast and loud that she was sure her father would hear it. He stumbled over some toys she had left on the floor. A dim light shone in from the passageway.

She tried to scream. Maybe a neighbour would hear her, but she could not. Not a sound came out. Her throat choked up with fear, and only a faint gurgle emitted from her vocal cords.

Again, her father stumbled over to her bed. The smell of whiskey reeked in the still air, and stale sweat wafted from his armpits.

“How’s my little Princess tonight?” he chuckled, leaning over her, dripping sweat from his forehead. Klacy cringed from the stench, and drops of sweat, or was it spittle from his gaping mouth? Fear mounting in her solar plexus. She buried her head under her pillow and hoped he would lose interest.

Since she turned seven, her father had changed. Before he had been a loving father she thought, but now, she hardly knew him. She was scared to be left alone with him and she was even more afraid to tell her mother, or anyone else.

It all started when he lost his job at the white goods store in town. Her mother had to work two jobs to provide for the family. She worked as a sales assistant in a small boutique in the day and as a waitress in a cafe at night; not returning home until after Klacy had gone to bed.

All was well for a couple of weeks. Sarah had found the waitressing job the day after her husband had been laid off and was able to start straight away. Then on her seventh birthday, no one remembered it and she had spent most of the day crying in her room. She knew it was her birthday, because Mummy had marked it on the calendar in the kitchen. There it was for all to see. However, on Saturday 13th February 2015, Mummy and Daddy did not come down for breakfast at the usual time.

The night before there had been a terrible fight. A mysterious card had arrived addressed to Sarah Harper. Her father had collected the mail and Klacy had not gone to school that day, as she had made herself sick with excitement, pending her upcoming birthday.

Her father had stared at the envelope for a very long time, sometimes muttering to himself. He peered at the postmark to see where it had been posted from. There was no return address and the handwriting was unfamiliar. Harper was Sarah’s mother’s unmarried name. Eventually, her father opened the envelope. It was a Valentine Card. According to Klacy’s father, it said, To my darling Valentine—I have always loved you from the first day I laid eyes on you, and I always will. Your ever-loving “boy next door” hee hee.


I have restructured the chapters, which were far too long.
Pays one point and 2 member cents.


© Copyright 2021. Sandra Barlow All rights reserved.
Sandra Barlow has granted FanStory.com, its affiliates and its syndicates non-exclusive rights to display this work.