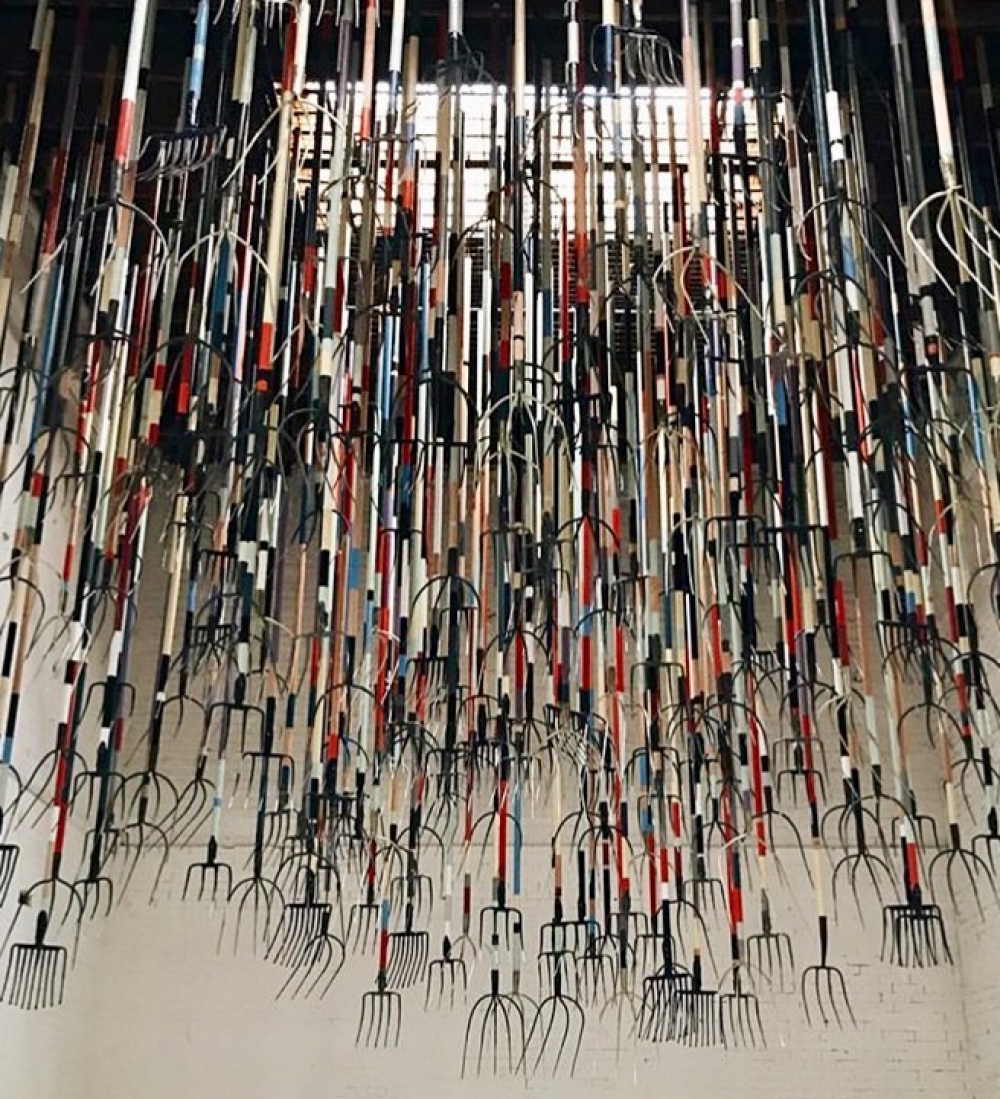 I caught a glimpse of the tip of one of his wings one night. His head sat level with my chest, and behind him, long white feathers stuck out, their fraying, grey and black edges flapping slightly like treetops in a breeze with each of his gentle movements. He seemed to have his hands inside me, although how I do not know as I could see no hole. Below his wrists, where his hands should have been, the limbs simply ended. I felt a sting of pain in my chest as his tongue ran over his lips, his eyes, large and distorted through old-fashioned spectacles, focused on his work.


"What are you doing?" I asked, and, blinking, he looked up at my face.

"You are not supposed to be able to see this," he whispered, a drop of sweat trickling down his cheek.

"Let me show you," he said, closing his eyes for a moment.

The hairy chest skin around his hands flickered, then vanished, leaving a hole above my heart. By raising my head slightly off the pillow, I could see his fingers moving deep inside my own chest cavity. He had his hands on my heart, and he moved them away, exposing another, large red, beating heart next to it. The two hearts appeared to be attached by an uncountable number of tiny stitched threads which plunged in and out of the flesh. As I watched, he put his hands back inside and dug his long nails in under the strings. He caught a single stitch with the edge of a fingernail, and I gasped at the sharp bite of pain.

"Sorry. But you have to admit, you really made a right mess of this one, didn't you, Michael?" he said.

Ever so slowly, the stitch came loose and, as he pulled it, the combined mass of threads rippled like a freshly caught fish. He gave the string a tug so that the single strand slowly came away, leaving hundreds of tiny pinpricks of blood where before it had dived under the flesh of our two organs.

"What do you mean I made a mess of it? You're the one plucking threads from my heart," I asked, watching as he pulled out a pair of golden scissors, and snipped the thread away.

"You and Harry. You had everything going for you. Love, a good life, plans, but then you had to go screw around and he found out. Don't worry, I'm not here to blame you. I'm a simple worker, here to undo your handiwork, and help you prepare for the next man."

"Is that Harry's heart there next to mine, then?" I asked, staring down inside myself.

"Of course. What do you think happens when you dedicate your life to someone? Your hearts slowly bind together, stitched up tightly with threads of mutual dedication and love. You can't break them, Michael. They have to be pulled out slowly, millimeter by slow millimeter."

"So is that why I can't move on? Why I lie at night thinking of him, remembering what I did and why we broke up, going over every recrimination, every hurled insult again and again until I think I'm going to scream?"

"Exactly. But as I said, I'm working on it. It's long, arduous work, though. And excruciatingly painful for you and Harry, as you well know. No one has ever witnessed it before, either. I doubt you'll see me again, but if you remember one thing from our meeting, let it be this. Don't get into a relationship lightly, and don't leave it lightly either, because the more hearts you tie yours, the more complex my job gets. Some people's knotted hearts are so entangled it's impossible to see where one heart ends and another begins. Those ones I don't even begin to touch. Now, go back to sleep. I have a lot more work to do before morning."

I watched him bend back down. A bald patch crowned his head, and I wondered how he had ended up with such an unpleasant job. I closed my eyes, feeling the burning sensation of his pinching fingers on my heart fade as I fell into a deep sleep.


This is not meant to be a judgment or anything, just an idea I got after a break up that seemed to linger in my mind for a long time. I do not believe in angels, but metaphors, yes.
Pays one point and 2 member cents.