I live in Bird City USA: Home to the Baltimore Orioles, and the Baltimore Ravens. We're called the Blue Crab State--the seafood delight of the East Coast.

I am the author of five books: A Voice in the Mirror (Bio-Poetry), The Glass Cat - more...

She is an accomplished novelist and is currently at the #20 spot on the rankings.

She is also an active reviewer and is holding the #79 spot on the top ranked reviewer list.

A chapter in the book The Chronicals Of Bethica: The Rise 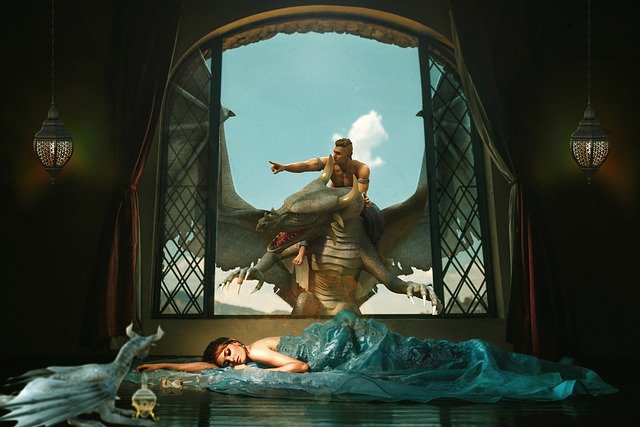 
With all they had been through, the determination of the settlers was amazing.

For weeks, Gangus and his soldiers remained on high alert until the Nordoxz were spotted moving farther west; this move created thousands of miles between them and Bethica.

Some swore it was the hands of the gods; others said it was the discovery of gold. Whatever their reason, that blessing granted Gangus precious time to settle the new land and form friendships with neighboring tribes. However, Gangus found his humanoid neighbors quite maliciously territorial which generated several regional disputes.

The hills on the northern side of Bethica were long and gray. A mountain towered in a short distance. Gangus had sent five scouts out to scan the area. Based solely on the head scout's intuition, they stopped at the foot of a hill and spent hours stripping away surface dirt and tossing aside stones. Their tedious labor uncovered numerous shiny rocks with coloring similar to those with iron ore deposits.

"My stars!" the head scout exclaimed. "Lord Abram is going to dance for joy when we tell him about this."

"Now we can take up steel-making again," another scout said.

"And don't have to worry about losing our swords...we just make new ones," said still another.

"Don't be an idiot," the head scout snapped. "Guard your weapons at all cost. We don't want some humanoid getting their hands on one--examining it and figuring things out. We don't know how intelligent these creatures are."

"I'm going to take some samples back with us."

"Just one." The head scout said, nervously looking around.

"You're right," the scout reasoned. "We have a long walk back. Don't want to be weighed down with too many rocks." He chose one and placed it in his waist-pouch.

Down on their knees fixated on their exquisite find, one of the scouts pulled a blade from its holder. "Think I'll mark this spot so..."

"STAY WHERE YOU ARE!" boomed a voice from above.

The startled men looked up. Thirty Engamar males with weapons drawn glared down at them from the top of the hill. They were short and stout with red hair and beards. The females' beards were much shorter, and they wore fitted attire that came down to their ankles and long leather boots up to their knees.

The males carried the typical iron swords and shields, with metal greaves to protect their shins and metal headgear with an iron spike in the middle. The females stood behind the males quietly and wide-eyed. It was they who had spotted the scouts and reported them.

"THIEVES!" one of the Engamars shouted.

The scouts were hopelessly outnumbered but all were prepared to have their weapons pried from their cold dead hands. "We're not doing that," the head scout bellowed. He tightened his face trying not to show the fear that was surging through his gut.

The Engamar males buzzed among themselves momentarily, then the one who had been so vocal, yelled, "WHAT ELSE YOU GOT THERE?"

"Just our waterskins." The head scout held his up.

"We didn't know this was anyone's land."

"WHO DID YOU THINK IT BELONGED TO...IS IT YOURS?"

"We are Volarians...new to this land," the head scout said. "My scouts and I meant no harm. We were just exploring."

"AH, SO YOU'RE THE NEW BREED EVERYONE'S TALKING ABOUT."

Feeling a bit at ease, the head scout took a step forward. "Yes...the new breed, that's us," he said with a wide grin.

"And...you're only exploring, you say?" the Engamar asked pleasantly.

"THEN GO EXPLORE SOMEPLACE ELSE!" he growled extending his sword. The rest of the Engamar males angrily followed suit and took several giant steps down the hill.

The head scout jumped back and led his men in retreat. Holding tightly to their swords and skins, the scouts scurried across the rocky surface like frightened rabbits--vanishing into the dark of a nearby forest.

When Gangus learned the region proved rich with iron ore, he praised the gods for the find and the safety of his scouts. Now, to safely gain access to that area before the humanoids know of its true value to us, he deviously thought.

A few days later, Gangus sent several women escorted by the Domarian soldiers; they bore gifts of fine woven cloths, food, a message from Gangus, and a decorated container of their finest wine to the Engamar leader's wives.

The Domarian soldiers dressed like the other women and hid their swords under their fashionable garments. The Volarian men, never having seen them looking so feminine before, licked their lips as they watched their hips sway out of camp.

Just as Gangus expected, the women were much more well-received than the scouts, and the Engamar young males appeared very much impressed. The wives marveled over the delicate fabrics and raved about the Volarian sweet fruit dishes.

After the wives tasted the wine, they gave some to their husband who after a short while became very apologetic for mistaking the scouts for thieves, but as far as allowing them to mine near the Engamar Mountain, he said gruffly, "I'll have to give the matter more thought."

Week after week, the Engamar leader insisted on giving the matter more thought--usually after a few sips of that new drink. And still every week dutifully, Gangus approved more wine and gifts; a few times he brought them himself--along with his persuasive charm.

Finally, after many weeks, more thought, and--more wine, Gangus was sent the leader's approval to mine in their region. The settlers were ecstatic, and thus began a positive relationship between the Volarians and the Engamar tribe.

Of course, Gangus didn't know the Engamars and its leader had readily agreed among themselves weeks ago to allow the settlers to mine. The leader had noticed every time he delayed his decision, Gangus would send more wine to entice him. So, he decided to drag things out until they were able to store as many goatskins of it as they could.

This little deceit was quite unusual for the mountain dwellers that were known as creatures of honor and high reputation. But thanks to the Volarians, the Engamars had secured a bit of history for themselves by being the first of the humanoid tribes in Bethica to add wine to women and song.

*****
It had been well over a year since the settlers stepped foot upon Bethican soil. Tents gave way to a raw township with unpainted houses, temples, and stores, a half-finished roof on a town hall building, dirt streets, and muddy pathways. Beasts native to the land had been tamed and used for heavy pulling and lifting. Farm animals that were brought from Volari had increased greatly in numbers.

Vegetables and fruit gardens were plentiful and numerous wells had been dug. Many marriages had taken place and vast numbers of babies blessed the land with each arrival. The Volarian occupied portion of Bethica that had yet to be named, was rapidly becoming a safe and productive environment. But not all were happy.

Though living near the Volarian army offered great protection, many settlers weren't content with living in a town. They'd had enough of town life and wanted to build their homes and farms in rural areas with no close-by neighbors; so, they left Gangus and ventured out into the wilderness. Doing that, however, was risky. Gangus, nonetheless, permitted it, and for months, life seemed quite pleasant--for a while.

Early one morning, a group of men headed out into the forest as they usually did to cut trees for lumber. Unfortunately, they did not return for their evening meals, and their wives worried.

Nightfall came, and the husbands still had not returned; two of their wives waited until morning then climbed into a beast-pulled cart--rode into town and pleaded with Celio to find them.

A small troupe of swordsmen was immediately sent to escort the women back to their homes and to search the forest for their husbands. But after three days, the swordsmen also did not return.

Furious, Gangus sent his best tracker, Olatunji, to search for them. As Olatunji waded through the thickness of the forest, he spotted evidence of a scuffle, drops of blood, and freshly cut tree stumps.

Suddenly, a light gush of wind whizzed past his ear, and he heard a thump. He turned and gasped when he saw an arrow sticking into a tree trunk just inches from his head. Olatunji stumble back and his mouth swung open when he turned and saw several females from the Aenwyn tribe with bows drawn.

They were thin, wiry, with a slightly small frame. Their long dark hair showcased a dark olive-skin face and long pointed ears that stuck out slightly from their heads. The Aenwyns had keen eyesight--were natural marksmen with the bow and could calculate wind and distance more rapidly than any other creature. They were the best in Bethica and the world from which they migrated. Stealth came naturally. For Aenwyns were notorious for silent ambushes.

Olatunji threw up his hands, dropping his spear. "I come in peace," he said.

They stood like statues with eyes partially hidden behind their drawn bows.

"See, I have no other weapons."

He pointed to his food sack and thought to impress them with fruit that was not native to Bethica. He slowly lowered his hands, gradually pulling the strap over his head. He dumped the contents onto the ground. He held up a fruit. "To ma toes," he said slowly pronouncing each syllable.

They muttered among themselves in their language.

He held up another fruit, "straw ber ries." He popped the sweet fruit into his mouth and held out several in his hands, moving slowly towards them. He exaggerated chewing and made a yummy sound.

The Aenwyns ignored his delight. With their arrows just inches from his skull, they spoke harshly to him in their tribal tongue. Though he did not understand, the warning glare in their pale blue eyes spoke a universal language, and Olatunji went peacefully with them.


Image: by Dantegrafice from Pixabay

When Lord Gangus Abram is awakened by a mysterious voice in the night and told to seek out the Oracle Naman, he must make a journey across the Endless Ocean to destroy the Nordoxz, an undefeated race of humanoids that are controlled by powerful forces of evil.

Lord Abrams plunges into a perilous trek to obey the gods and settle in Bethica, a land of dragons, cannibals, Fallen Angels, Amazonians, and Dark Lords. He is joined by his wife, Brehira, youngest son Dinary, comrade and friend, Celio, Shapeshifter and Beast Master, Olutunji, and 750 people willing to risk their lives for land and freedom.
Pays one point and 2 member cents.


© Copyright 2022. amahra All rights reserved.
amahra has granted FanStory.com, its affiliates and its syndicates non-exclusive rights to display this work.


Too Little, Too Late: Energy
a Volcano in England on the Verge of Eruption

Pays: 10 points. and 77 member cents
Copyright © 2000 - 2022 FanStory.com. All rights reserved. Terms under which this service is provided to you. Our privacy statement.
top
You Have No Rank
Share 4 posts to be ranked.