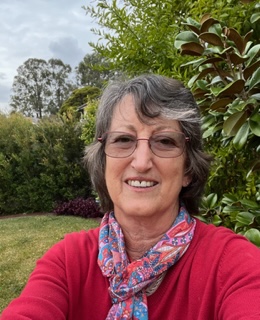 I am from Australia, and I enjoy writing, being with my family and grandchildren, spoiling my dog, gardening, and pyrography.

She is a top ranked author and is currently holding the #3 position.

She is an accomplished poet and is currently at the #13 spot on the rankings.

She is also an active reviewer and is holding the #8 spot on the top ranked reviewer list.

Many happy years at

The School with the Birthday Box 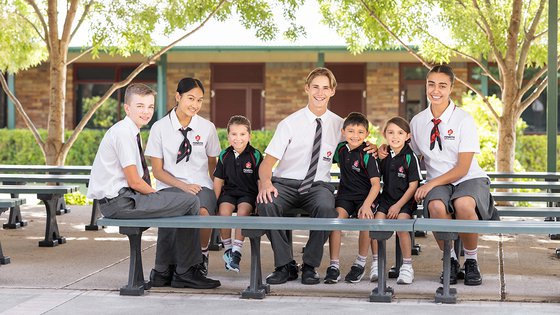 I read with interest Gary's tips about raising children, then Terry's about being successful in business. Here is my insight into a successful school. I spent most of my teaching career in this wonderful place, working hard but loving my work, and being fulfilled in caring for the next generation.

First, an introduction to our school. It was on the outer edge of suburbia, on acreage. It was set on rolling green hills, with kangaroos and wallabies in the bushland behind, horses on the property adjacent to the playground for the little ones, expansive playing fields, and the sound of lots of kookaburras and magpies. The setting was a delight. There was space.

The buildings were environmentally friendly – some were built semi-underground into the side of a hill to keep the temperatures as even as possible. Others had solar panels, and there were water tanks for the sprinklers to keep the grounds green. Fresh air with open windows and doors was encouraged; we only used the air-conditioning system in extreme heat.

School hours were from 8:30 a.m. till 3:30 p.m. No student ever left early, unless a parent signed them out at Reception, although the gates stood wide open from early morning till the end of the day. Sometimes that was quite late, with rehearsals for school musicals or drama, dance or music performances. At times there were debating contests, voluntary after-school classes for struggling students, or sports training.

Teachers wore "dressy" attire. The headmaster felt that would lend an air of professionalism and show respect for our students. They reciprocated with generally neat and tidy uniforms. Most of them looked good, most of the time. Sometimes after vigorous lunch-time sport they had to freshen up!

We had no bells. We used the classroom clocks. At the start of the lesson students would get out their necessary equipment from their school bags and line up outside on the wide verandas, with their bags against the external wall. The teacher would greet the students as they entered and stood quietly behind their desks. I would greet mine in French, they would respond in French, and then I invited them to sit.

In my classroom everything was calm; I liked a peaceful atmosphere. A few minutes before the lesson's end I would quickly go over the main points of the lesson, and set the homework. Then I asked them to stand, and wished them a happy day as they forwarded out in an orderly fashion for the next lesson. Any-one who tried to rush had to wait till last! They knew what I expected, and met my standards.

When I was on playground duty I would signal to the nearest group of students that lunch-time was over simply by tapping my watch and pointing towards the classrooms. Other groups followed. Any who straggled or were reluctant to move back to class had to pick up any rubbish – and put it in the bags I supplied. No-one wanted to be last, so co-operation was usually pretty good!

The school began with just over 100 students from Kindergarten to Year 7, and grew rapidly until within a few years we had fourteen hundred students to Year 12. Initially it was like one big family; all ages played together at recess and lunch, and the older ones looked after the little ones.

As time passed, we established practices and standards that would continue through the years. The Year 6 children, paired with buddies in Kindergarten, exercised leadership skills in the Junior School, planning special events and activities. When they graduated to Senior School there was a special ceremony with songs and dances for them by the little ones. Similarly, Year 11 students had the responsibility for helping their Year 7 buddies to settle into the more rigorous demands of Senior School, and integrate with older cohorts.

As the school grew, Pastoral Care Groups and Mentor Groups with mixed year levels were established in the Senior School, under the guidance of teachers. Bonds of friendship and support were formed, and social and environmental initiatives were established, along with efforts to be proactive about issues such as bullying. The strategies worked, and before it was fashionable to be inclusive, our school was. We had students of a range of nationalities and religions, a variety of backgrounds and social levels, and also some with gender issues. All were treated with respect.

Brad was a gangly teen with quite serious eye issues; he wore very thick glasses. Yet he was one of the most popular boys, a respected and well-liked friend of everybody – although he could never be classified as cool, handsome or sporty. He was just a very caring and capable student who epitomised what the school stood for.

He came to me one day distressed about his friend Kirsten, who had developed anorexia, asking for guidance as to how he could help her. When her situation became very concerning, the headmaster invited her and a small group of friends to eat lunch with him. Such was the level of his care for each of his students. She could not eat anything, but she knew that she mattered, even to the headmaster.

I was later asked for a reference for Brad from a prospective employer, who worried that Brad's vision might impede his work. I could not praise Brad highly enough, knowing his poor vision had challenged him to be a person who always perseveres, a hard worker, one who would find a way to do his best at all times – as well as an empathetic person who would relate well with his work colleagues. He got the job and flourished.

We had twins with severe vision and hearing problems – and some doubted how they would manage. Both were very intelligent, and with support went on to successful careers, one as a teacher and the other a lawyer dealing with social justice issues.

Literally hundreds of success stories could be told. I believe these were due to our school being a happy one where every student felt valued. The headmaster's philosophy was that he would look after his staff well so that we could look after our students well. We would all model how to care for others.

That's why every day the headmaster walked around the school with the "Birthday Box". Each one knew that at some time on their special day he would arrive at the classroom door with a personal birthday card which he had signed, and they could choose a treat from the "Birthday Box".

The secret to a happy and successful school? Caring, and commitment.


© Copyright 2022. Wendy G All rights reserved.
Wendy G has granted FanStory.com, its affiliates and its syndicates non-exclusive rights to display this work.