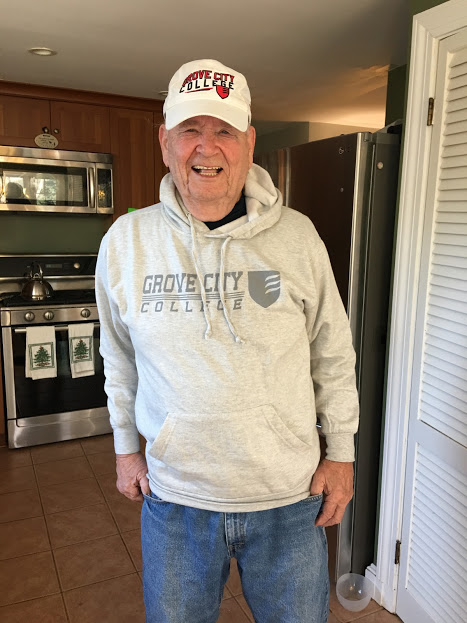 A chapter in the book Idol Adventures

Where Am I Going?


Suddenly, I clutched my greasy wad of bills closer, as a new plan seeped through the sandy beaches of my mind like MacDonald's hot coffee though an old ladies dress, all to the tune of Surfin' USA! I would seek out One-eyed, One-Eared, Four-Fingered, One Legged Happy and buy the map to the Forbidden Cave of the Idol!

He had offered it to me once before when I had pulled him to safety just before he got El Cruncaded by the crazy car. In a whiskey-soaked spasm of gratitude he told me about the map to the Idol with the Golden Eye which would make me rich. He then offered to sell me his map for $5.50 American.

Everyone knew him and just called him Hap, being careful to not to hurt his feelings. Sometimes it seemed he didn't even know he was missing some parts. Once I saw him put his foot up on a chair just to stop and intimidate some guys on the deck of The Palace. Wham! Down he went! Old Mr. Denial had put up the only leg he had, and knocked out his front teeth in the bargain! No one laughed though, because old Hap' was an object of sympathy. He also carried a nasty looking Glock and in spite of his normally genial ways, could get very peevish at times if he thought anyone was looking at him.

But now I was looking, because I wanted that map he had showed me last week. Then, I hadn't been ready to go into the darkest part of the bush and wrest fame and fortune from all the devils that lived there, but now I was! I didn't come this far to go back to New York to hear the jeers and the taunts of my old buddies. No sir, that's why I left there in the first place. But this time, I'd be coming back in style!

So I walked kinda casual like around downtown Grenco, slipping and sliding in the mud with both eyes peeled, looking for Hap'. In a half hour I had walked around the center of Grenco 10 times and now both eyes were full of mud; probably not a good idea to have peeled eyes in that situation. So far, I had been run down three times by the car, which, unfortunately for me, was running well that day.

Suddenly, I saw him! There was Hap' where the car had half-buried him in the mud. I pulled him to a dry spot beside the muddy road as the car roared by again barely missing Hap' and throwing mud all over us. It was such a close call, it would've run over Hap's left leg if he still had one.

"Who are you and what did you say? Blasted mud!'

"It's Billy! You know, the guy you tried to sell the map to! You are Hap aren't you?"

" I can buy half of Grenco with that much, give it here!"

"Not so fast, Hap'. Is this the only copy, and is it copyrighted?"

A sly look came over Hap's scarred face, and he grinned a toothless grin. "Wouldn't you like to know! Well, that info will cost ya"!

"How much?" I loved to bargain!

I looked at this miserable wreck of a man, sitting in the mud, mouth still bloody, missing various body parts, and felt a wave of compassion, left over from the Billy bike deal. I reached for the last of my money and said, " Ok, Ok, I'm coming up with it, now put that gun away, will you?"

Hap' grabbed my money. "Good, I can buy ALL of Grenco now! There's only one other map and it's in the hands of ..... AGGGGGGGGGGGGH!

Just then, the car, driven by the craziest driver of all, Bonzi, came out of nowhere turning deliberately out of the road to run over Hap'. I felt for a pulse in the muddy neck; he was dead! I ran and got his head to put it near the body. Ol' Hap' had lost enough body parts; no more, no sir, not on MY watch!

But was there a rival map owner? I grabbed the map as Bonzi made a u turn to come back and get the one who got away, me! Then I reached back and got Hap's gun and my money. I thought for a moment about standing there and pumping some white hot lead into the tiny brain of Bonzi as he sped towards me, spewing mud on some white clad tourists who had just arrived on the train. I lifted the powerful weapon, the years of training in a secret department of our government causing me to automatically zone in on Bonzi, the human zero. Bonzi was gonna be gonzo in a minute!

But I couldn't do it! I turned and ran instead! Had I lost my nerve? Had my killing skills lapsed into remission? Sure, at the last minute I had seen Bonzi's 3 wives and 25 kids squeezed into the car (no wonder he never picked up passengers) but so what? That shouldn't stop a TRUE agent!! Or even a wannab one who had washed out of the survival entry exam after 8 years of trying! I don't think our Sarge, AKA Captain Bligh, liked me.

I sat down for a few minutes under the nearest elephant to think. I dunno, it seems to help my memory when I sit there. I began to put two and two together and then add them up. Bonzi had tried to kill me! Oh sure, he tries to kill everyone, but usually only with the car. The fact that he had been firing his Uzi at me as I leapt away from the car seem to at least qualify as malice above and beyond the usual amount he was willing to expend to maim pedestrians indiscriminately.

No, I was a marked man! Bonzi never had an original thought stagger across the barren wasteland of his brain. It remained in its pristine, virgin state, absolutely trackless. Only occasionally were the dunes shifted in shape by an outside wind. Bonzi needed outside motivation like Norman Bates needed a dating service! And someone was supplying the motivating wind; you could almost hear it whistle through the empty space in Bonzi's head, perhaps turning a little generator that supplied the evil light in his eyes. Metaphorically speaking ,of course.

I smelled money in the wind! Someone was after my newly purchased map! And that someone was not afraid to spend the two dollars it would take to get Bonzi to abandon every shredded bit of decency in his unwashed breast, beating with murderous, greedy anticipation under his unwashed shirt!

Now it was all coming together for me just like when you have too much milk in the pancake mix and then you add just the right amount of flour and with a few stirs, you've got the perfect consistency. I remember this one time when that first happened to me; I was glowing with sappy happiness! I've always had this wonderful ability to stick it out until the job is done! I was 12 years old and that was my first success, my first thrill of accomplishment. After I got through adding flour, then milk, milk then flour and so on, I wound up with 35 gallons of mix, but I'll have you know, it was the right consistency! We've still got some in the freezer, many years later, but I bet if you thawed that stuff out, it would still not need anything added!

But enough of my former achievements. Bonzi was trying to make a pancake out of ME with the car or Swiss cheese with his UZI. I was in trouble! Everything seemed gray, looming over me, like a Democratic president with a Republican majority in congress. Suddenly, I realized that I had gradually slid into a prone position under Dumbo and was looking up at his belly.

I had to get out from under in more ways than one.


© Copyright 2021. Deniz22 All rights reserved.
Deniz22 has granted FanStory.com, its affiliates and its syndicates non-exclusive rights to display this work.