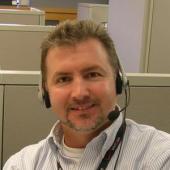 We bought an old house. Here's our story. You decide.

Right after I married Marilyn we bought the oldest house in Pascoag, Rhode Island. We loved the place because it was old.

A Realtor had set up the sale, and we talked to the owners only once, an old couple who'd moved to Florida years before.

When my family and I arrived on moving day, I discovered, to my delight, that the house remained completely furnished with antiques. Curiously, when we checked with the Realtor, she told us the previous owners said we could have it all. My wife and I were ecstatic. It was a treasure trove of old slay beds, curio cabinets and vanities.

I wish that had been the most peculiar part of this story.

I'm about as close to an Atheist as one can get, without actually being one. I'm an Agnostic, a skeptic, and like to think of myself as completely rational.

I certainly don't believe in ghosts, but I can't explain what happened to my family and me once we moved into that old abandoned farmhouse.

My wife had three kids when I married her. When we moved in her daughter was nine, her son was eight, and her youngest son was four. We also had a son together who was almost two at the time.

The first incident I remember was my step-daughter, Jessica, coming down stairs right after bedtime.

I laughed, accompanied her back upstairs, showed her there were no women crying in her closet, and, eventually, after much convincing, got her back to bed.

As the weeks went by my wife and the other children complained of strange sounds and events, which I dismissed with logical explanations.

Unfortunately, my family didn't trust my explanations and ended up all sleeping together in the downstairs living room on a nightly basis.

This annoyed me, having four perfectly good bedrooms upstairs, but I put up with it at the insistence of my wife, who told me she believed our house to be haunted.

One morning, after I returned home from the hospital's graveyard shift, she confronted me before I went upstairs to bed.

"I found a priest," she said. "He told me he will bless our house for a hundred and fifty dollars."

"Please, babe, we've got to get rid of these evil spirits. He says all this crap will stop, the footsteps we keep hearing, the lights going on and off, the woman crying in the closet, and even the depression this house causes, all of it, gone. I've got his number right here, and I can call him. He'll come out and--"

"What, shake his tambourine around, and spray us with holy water? Forget it. No way."

I, sadly, concluded I'd married a crackpot, who had infected all the kids with her ridiculous fears, but what could I do? I worked sixty hours a week, mostly on third shift at the hospital, and had no time to argue with such an irrational woman.

Still, I remember this as a low point in my marriage, blaming my wife for all the reports I'd heard of footsteps, bumps in the night, and silly ghost stories.

Then, one evening, in the middle of an argument with my wife, we saw a cupboard swing open between us, not even three feet away, right in front of my face.

My wife laughed, and pointed. "You see!" she shouted in triumph. "You see what I'm friggin' going through here?"

"What?" I said, investigating the hinges and latch. "It's probably just..." Here I paused, not knowing how this perfectly serviceable cupboard could have possibly swung open on its own.

"Probably what?" she asked, smugly.

Unable to respond, I grimaced and performed more tests on the cupboard, trying desperately to get it to, somehow, swing open on its own again.

"Yeah, it's probably haunted," she said, laughing. "Do you still think all those little kids' footsteps I've been hearing are just branches rubbing against the house, or the woman crying is just wind?"

"Come on, Marilyn?" I asked. "And do you really believe they're ghosts?"

"Yes," she said. "They are ghosts. Just like whatever opened that cupboard is a ghost. You have to let me call that priest."

Adamant, I shook my head. "No way am I paying a priest a hundred and fifty bucks for playing the part of witch doctor. Just forget about it."

I remained skeptical, but I stopped complaining about her and the kids sleeping in the living room every night. No breeze or broken hinge could have been responsible for opening that cupboard door in front of us. So, unable to explain it, I put it out of my mind.

It was about two in the morning, and I'd convinced all the kids to sleep together in one of the bedrooms upstairs so Santa could come. This in order to give me some privacy so I could stuff stockings, wrap presents, and prepare the living room for Christmas morning.

Marilyn fell asleep on the couch.

I was playing Christmas carols and hanging stockings when I heard the kids running around upstairs. So, meaning to scold them, and get them back to bed, I ran upstairs.

Every light was on, even though I'd personally turned them all off, and all the kids were in a deep, undisturbed slumber.

Hairs tickled the back of my neck as I recalled all of Marilyn's reports of little ghosts running around upstairs. I shut the lights off, and went back downstairs, wondering if I'd heard those ghostly footsteps or a branch hitting the house.

It definitely was not a branch. After hearing how much they sounded like footsteps, I was completely baffled and conflicted. First, I felt bad for doubting my wife. Second, I couldn't feel too bad for doubting her, because at that very moment, only two minutes later, I was doubting what my own damned ears had actually heard in the first place. And, finally, I was freaked out. This was truly inexplicable. I had really heard something I could not rationally explain.

Marilyn told me the only reason she never fled the house to live with her mother was that the ghosts sounded like kids, and she knew kids couldn't be evil, even if they were ghosts.

After contemplating all this for a while, I considered waking my wife to tell her what I heard, and maybe make up for all our arguing over the past four or five months. Also, I hate to admit it, but I was nervous about being up alone.

I attempted to wake, Marilyn, but she was so tired I let her sleep.

Forgetting about my silly fears, or even what I'd heard several minutes before, I began wrapping presents again.

After a few minutes of complete silence, the sound of man-sized footsteps, like someone in work boots, walked across the living room ceiling.

I listened with my ears and my eyes, trying desperately to disprove these as footsteps as I listened. These loud, stomping footsteps marched right at me and passed right over my head, shaking the very ceiling above me as they passed.

The fact that there were walls upstairs preventing anyone from walking that route didn't seem to bother whoever had just walked it.

I tried to wake Marilyn a lot more enthusiastically then, but she wouldn't wake up. It was like she was in a coma. Freaked out more than ever, I dreaded the idea those footsteps might start up again, or worse, start walking down the stairs.

Still, I was the adult and the kids were all alone up there. I had to do something. So, I slowly walked to the bottom of the staircase and looked up the stairs.

All the lights were on. Again.

At that point, I decided the extra cost in electricity wouldn't break me, and the kids would be okay where they were. They'd slept up there plenty of times in the past, and had never once been hurt.

I went back to waking up my wife, and finally succeeded. I didn't tell her what I'd heard that night, but was more grateful for her company than she realized.

Being stubborn, I decided to continue being the only one to sleep upstairs. The very next day, Christmas day, I took my gift and went up to bed.

My Sony Walkman played cassette tapes and had an auto-reverse feature, sort of a rocker arm with buttons that were triggered when the tape reached its end.

As I was listening to 'The Voice', by the Moody Blues, the auto-reverse feature engaged and made the song on side two play instead. Figuring the tape was dragging, and triggering the auto-reverse by accident, I held down the button so I could hear the rest of the song.

Suddenly, as if a finger were pushing it down, the fast forward button depressed right before my eyes. I'd actually felt the pressure of some force pushing it, and the sound from my headphones became a high-pitched squeal as the tape sped forward.

I tossed the Walkman, and took the stairs three at a time, landing in the kitchen in my underwear.

"So," I said to my wife, trying to regain my composure. "Do you have that priest's number? Why don't you go ahead and give him a call?"

Marilyn laughed at me, and called the priest.

He came over, blessed the house and I paid him the hundred and fifty bucks without complaining. And, after that, the strange sounds, the crying woman and the footsteps became a rare annoyance. Unfortunately, Marilyn and I divorced within the year. For years, my ex-wife told me she thought our divorce was caused by whatever was in that house. I don't think that's true, but it's nice to think it was. Somehow, it's comforting to think our marriage might have worked had we never moved into that old farmhouse.

I guess it spares us the blame.

It's irrational to link UFO's to alien worlds hundreds of light-years away, and it's just as irrational to link the unexplained events in that farmhouse to the supernatural. Sure, I can't explain any of it, but that doesn't mean spirits from beyond the grave are the cause.

It's much more likely I was delusional, or had an errant psychotic episode, or even experienced a burst of psychic powers, like a latent telekinetic ability or something. Almost any explanation is more rational than believing we all met up with ghosts.

So you explain what happened how you'd like to explain it, and I'll struggle with my own belief system.

I simply conveyed the facts. I still don not believe in ghosts. Although, I have to admit, I am a lot less certain than I used to be.


All true... as accurate as I could recall. Sorry if it's not that exciting a story, but it's more of an essay.
Pays one point and 2 member cents.

Pays: 8 points. and 67 member cents
Copyright © 2000 - 2021 FanStory.com. All rights reserved. Terms under which this service is provided to you. Our privacy statement.
top
You Have No Rank
Share 4 posts to be ranked.