I appreciate helpful reviews, please. I want to be a better writer!

The flu killed everyone without mercy. 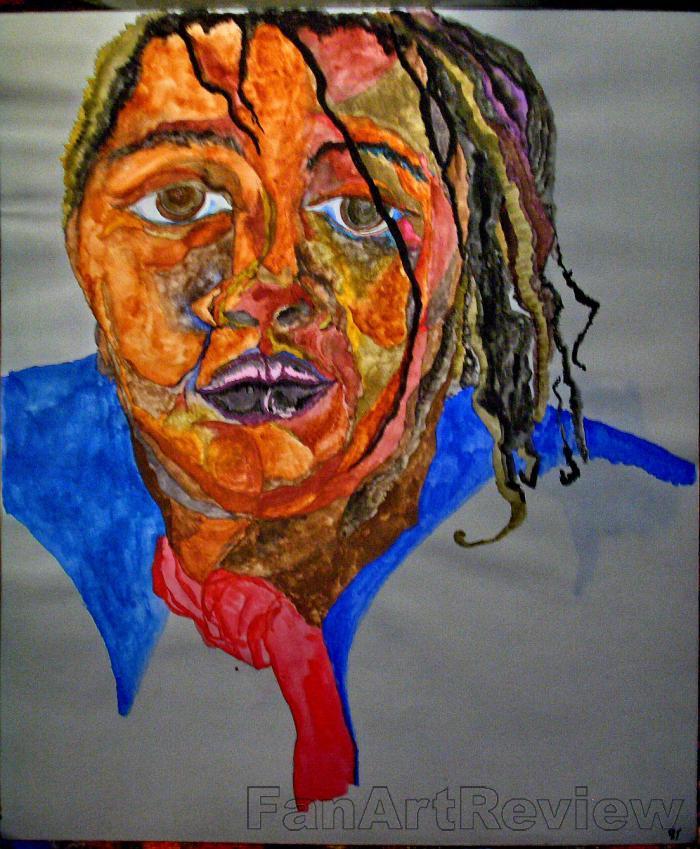 I didn't even notice the gore after a while. At first, the shock of seeing someone coughing up bright bursts of blood made me wince and turn away. But, eventually, there was always someone coughing. I didn't want to help them. I didn't want to see them gasping and grimacing as they finally died. This wasn't what I signed up for when I became a hospital volunteer. I was only supposed to carry get-well cards and pass out snacks. I wanted to chat with people and spread some cheer.

The virus started in Hawaii, of all places. Scientists speculated that a fresh eruption of lava contained virulent spores that spewed high into the air. Others thought it was designed by terrorists. All anyone knew for sure was that it spread quickly and caused death within hours. It was called the Bloody-flu. It shredded lung tissue and people choked to death spewing bright red blood, like lava from a volcano.

I remember when the television station went blank. One guy was broadcasting the continual news updates of our demise, talking about the numbers of dead and dying people all over the world. He was only the cameraman, but there was no one else left alive to tell us what we all knew anyway. I cried when he started coughing. He, thankfully, turned off the video, and finally, the coughing stopped.

I'm the last one left alive at Golden Oaks Hospital. I don't know why I'm not dead. I'm not special in any way. I'm a senior citizen, for God's sake! I've moved the beds of dead people out into the street. They were starting to stink. I can handle seeing the blood, but that smell of death makes my stomach turn. I know they are happier out there in the sunshine. I made sure they were all covered up. Privacy has always been one of my top priorities.

I've been eating the perishables in the cafeteria. It took a whole day of cleaning before I could eat, though. I'm enjoying cooking the fresh veggies and meat that was in the refrigerator along with the last carton of cold milk. I'm eating better than I ever did at home. Crazy, huh?

The power went out yesterday. I wonder how long the generators will run? I'm cooking up everything I can.

I can't believe I'm the only survivor. I am sure the leaders of the government are safe in the top-secret bunkers. Bonkers for bunkers, as my dad used to say. I never really understood what he meant. I wish I had a nice little bunker. I mostly stay in the cafeteria because I'm too tired to keep on cleaning the whole hospital. I set up a hospital bed in one corner. I went into the hospice ward to get pretty sheets. I sleep better now than I did before. That's crazy.

On sunny days I take the stairs to the roof and watch for airplanes. There haven't been any yet. No helicopters or hot air balloons or drones. No trains or car horns or church bells or cowbells. I haven't given up, though. Not really. I am starting to see animals slinking around. I think they are hungry. I don't have any pet food so I don't go down to let them in. It hurts me to leave them out there. I think they are starting to eat the patients I left outside. That's okay, I guess. It will help clear away the smell of rotting flesh.

The generators lasted three days. I carry a big flashlight with me everywhere I go. I can't open any of the automatic doors. I am starting to feel trapped. I spent today replacing the hospital's flag on the roof with a big white sheet with the words I'm alive painted on it. It looks nice up there next to our nation's stars and stripes. I hope someone sees it and comes to tell me everything will be alright. I don't want to be the only person alive. I don't understand how that is even possible. I think I may go bonkers after-all. But that's crazy.

Everyone wants to survive... don't they?
Pays one point and 2 member cents.


© Copyright 2022. Beck Fenton All rights reserved.
Beck Fenton has granted FanStory.com, its affiliates and its syndicates non-exclusive rights to display this work.

Pays: One point. and 42 member cents
Copyright © 2000 - 2022 FanStory.com. All rights reserved. Terms under which this service is provided to you. Our privacy statement.
top
You Have No Rank
Share 4 posts to be ranked.