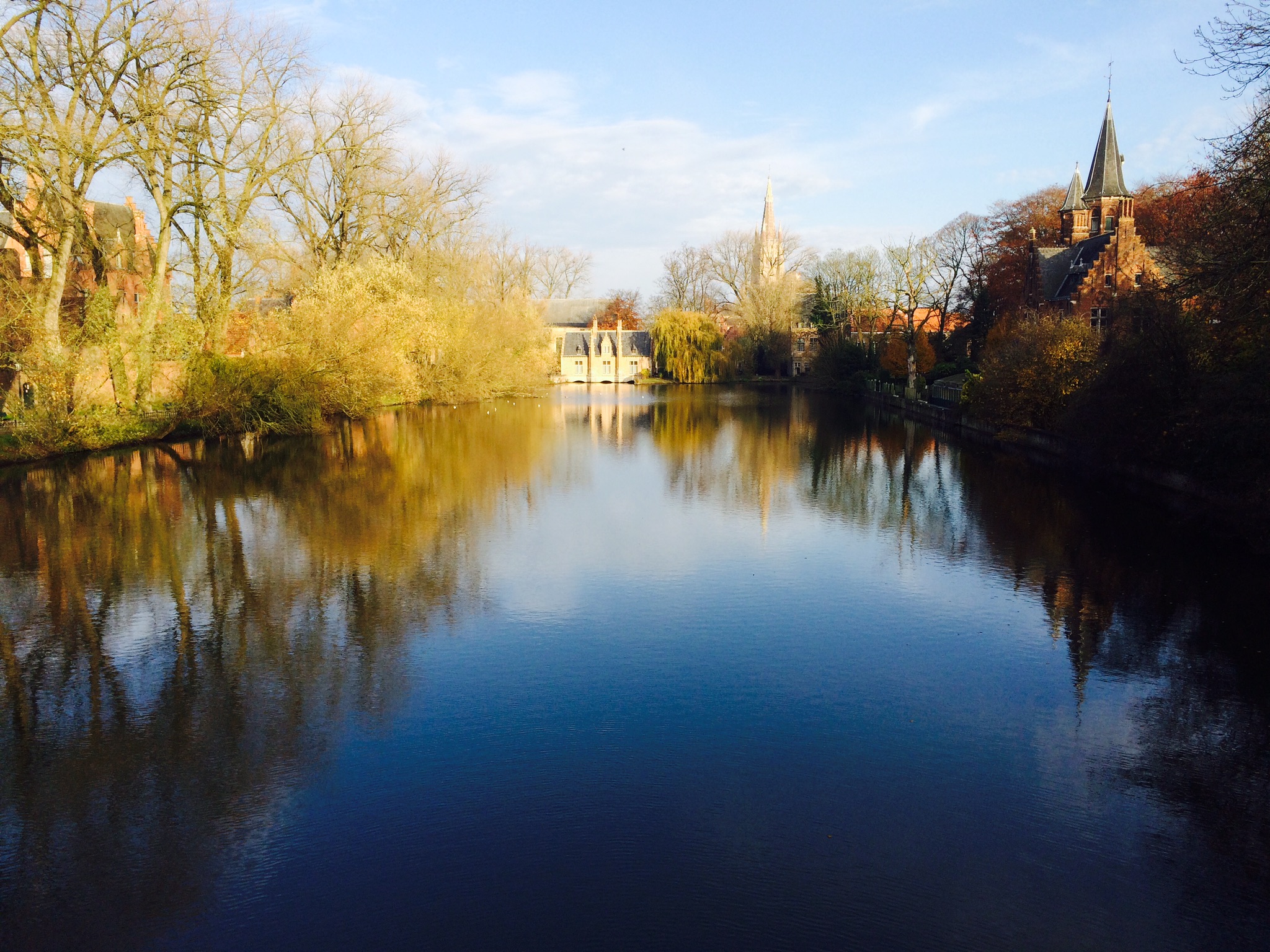 A Nation at the Crossroads of History 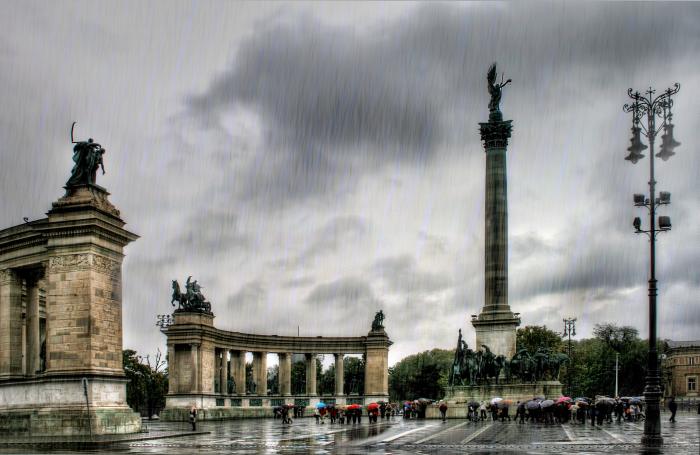 How many times must the dark and ominous days of history repeat themselves; days when fear and ignorance ruled. Once again, the selfish and self-absorbed have seized the bully pulpit and are spouting their extreme rhetoric, worse yet they possess the power to undo any progress that has been made in this country over the last five decades where social reform is concerned.

When I read/hear about the dismantling of health care and the shamelessly callous version being presented as its replacement, I am repulsed and just plain angry.

There is a poem written by Martin Niemoller, who was a German Lutheran Pastor that comes to mind. It was written at the onset of the Nazis' rise to power. The poem was primarily directed at the German intellectuals of the time and their cowardice in the face of increasing tyranny.

As the Nazis one by one purged chosen target groups, good people stood by and said nothing.

The poem has been recreated in multiple versions since its initial version, but it definitely should give us pause to think. It is entitled:

"First they came for the Socialists, and I did not speak out --
Because I was not a Socialist.

Then they came for the Jews, and I did not speak out --
Because I was not a Jew.

Then they came for me -- and there was no one left to speak for me."

How easy it is to just allow these unconscionable people in our government to cast aside any care or concern for those who are so in need of comprehensive health care. If left to their own devices, and their obsession with the bottom line, perhaps this elitist governing body will even devise their own version of the German "Action T4" [Aktion T4], which was enacted as a program of mass murder through [involuntary] euthanasia in Nazi Germany. Under this program German physicians were authorized to select patients "deemed incurably sick, after most critical medical examinations" and then administer to them a "mercy death". Hitler signed a "euthanasia decree" in 1939 authorizing his personal physician and ultimately other German physicians to carry out this program of selective "murder". [Emphasis added]

Multiple reasons/justifications for the program were offered by the Reich, including eugenics (the science of improving a human population by controlled breeding to increase the occurrence of desirable heritable characteristics), compassion, reducing suffering, racial hygiene, cost effectiveness and pressure on the welfare budget. Government posters as a source of indoctrination were created to inform the German people of exactly what they were paying as a community for the care of someone suffering from a hereditary defect. "Racial hygiene", a belief that the German people needed to be cleansed of racial enemies, which included people with disabilities as well as anyone who was confined to a mental health facility, was being promoted by the Third Reich. In Hitler's book, Mein Kampf, he wrote that one-day racial hygiene: "will appear as a deed greater than the most victorious wars of our present bourgeois era."

When millions of people who are in dire need of medical care are poised to be stricken from the insurance roles and will find it impossible to get the care they need; just how far behind are we from the callous and inhumane mindset of Hitler and his Third Reich? When the government systematically excludes those with preexisting conditions and the chronically ill, relegating them to either no insurance or cost prohibitive and extremely poor coverage; they are being told they don't matter that they are a drain on government resources and therefore it is not in the best interest of those who are healthy to provide decent care for those who are not. (Go ahead and die, folks, just don't do it on our dime!!). A clear message is being sent to the American people, and that is that only an elite few matter. If you are white and economically well off, you have nothing to fear. While the rest of us are being set adrift on a sinking raft.

If anyone had told the German people that such atrocities could occur in their country, in the beginning when Hitler was just a joke, a street corner nut bag preaching to the other malcontents, they would have said they were talking pure insanity!

We have seen all too well what happened in Germany and just where that "nut bag" ended up, in the seat of power. Donald Trump was not taken seriously either, at first, and no one would have taken any bets on his becoming the next president of the United States, yet here he is!! (The midnight tweeter, as mad as a March hare!) This is what happens when the "silent majority" remains silent and allows those consumed by fear, envy and hate to step up and cast the deciding vote. In the end, I don't believe even they knew just what they were unleashing upon us all.

"Nothing in all the world is more dangerous than sincere ignorance and conscientious stupidity." Martin Luther King, Jr.

We would all do well to read Sinclair Lewis' book "It Can't Happen Here". It was published in 1935 when authoritarian regimes were rising up all over Europe. While Americans could not conceive of someone like Hitler or Mussolini coming to power in the US, Sinclair Lewis challenged that idea with his novel, which painted a vivid counterfactual portrait of a United States of America sliding into dictatorship. It was and is still cited as a cautionary tale some eighty plus years later.

The main character, Buzz Windrip, appeals to voters with a mix of crass language and nativist ideology. Once elected, he solidifies his power by energizing his base against immigrants, people on welfare, and the liberal press. Any of this sounding at all familiar? This is "frighteningly contemporary" in the wake of the Trump campaign and election.

1. Powerful and Continuing Nationalism -- Fascist regimes tend to make constant use of slogans and symbols. Flags are seen everywhere on public display.
2. Disdain for the Recognition of Human Rights -- Because of fear of enemies and the need for security, people are persuaded that human rights can be ignored in certain cases because of "need."
3. Identification of Enemies/Scapegoats as a Unifying Cause -- People are rallied into a unifying patriotic frenzy over the need to eliminate a perceived common threat: racial, ethnic or religious minorities; liberals; communists; socialists, etc.
4. Supremacy of the Military -- Even when there are widespread domestic problems, the military is given a disproportionate amount of government funding, and the domestic agenda is neglected.
5. Rampant Sexism -- The governments of fascist nations tend to be almost exclusively male-dominated. Traditional gender roles are made more rigid. Opposition to abortion is high, as is homophobia and anti-gay legislation and national policy.
6. Controlled Mass Media -- Sometimes the media is directly controlled by the government, but in other cases, the media is indirectly controlled by government regulation, or sympathetic media spokespeople and executives. Censorship, especially in war time, is very common.
7. Obsession with National Security -- Fear is used as a motivational tool by the government over the masses.
8. Religion and Government Are Intertwined -- Governments in fascist nations tend to use the most common religion in the nation as a tool to manipulate public opinion. Religious rhetoric and terminology is common from government leaders, even when major tenets of the religion are diametrically opposed to the government's policies or actions.
9. Corporate Power is Protected -- The industrial and business aristocracy of a fascist nation often are the ones who put the government leaders into power, creating a mutually beneficial business/government relationship and power elite.
10. Labor Power is Suppressed -- Because the organizing power of labor is the only real threat to a fascist government, labor unions are either eliminated entirely, or are severely suppressed.
11. Disdain for Intellectuals and the Arts -- Fascist nations tend to promote and tolerate open hostility to higher education, and academia. It is not uncommon for professors and other academics to be censored or even arrested. Free expression in the arts is openly attacked, and governments often refuse to fund the arts.
12. Obsession with Crime and Punishment -- Under fascist regimes, the police are given almost limitless power to enforce laws. The people are often willing to overlook police abuses and even forgo civil liberties in the name of patriotism. There is often a national police force with virtually unlimited power in fascist nations.
13. Rampant Cronyism and Corruption -- Fascist regimes almost always are governed by groups of friends and associates who appoint each other to government positions and use governmental power and authority to protect their friends from accountability. It is not uncommon in fascist regimes for national resources and even treasures to be appropriated or even outright stolen by government leaders.
14. Fraudulent Election -- Sometimes elections in fascist nations are a complete sham. Other times elections are manipulated by smear campaigns against or even assassination of opposition candidates, use of legislation to control voting numbers or political district boundaries, and manipulation of the media. Fascist nations also typically use their judiciaries to manipulate or control elections.

In reading through these fourteen common characteristics of fascist governments I find it most disconcerting that I am able to go down the list and find some portion of each of these plainly visible in our governing body today. The overall atmosphere in this country is permeated with ultra-conservative ideology. There is no place for civil discourse or compromise. It is my belief that we are witnessing a "slow-moving coup". We are allowing our democracy to slip away inch by inch, through apathy and utter disbelief that we as a nation could ever be undone.

"The death of democracy is not likely to be an assassination from ambush. It will be a slow extinction from apathy, indifference, and undernourishment." Robert M. Hutchins

In the words attributed to Sinclair Lewis - "When fascism comes to America, it will come wrapped in the flag and waving a cross."

Some may think this piece high drama; a bit of theatrics and if they do so be it. I do not consider myself to be Chicken Little, I am however acutely aware of the disarray that exists in our government and the infighting going on in our country currently. I wrote this piece as food for thought. I hope that somehow we will manage to regain our sanity and more importantly, our sense of humanity. There seems to have been a serious desensitizing of our populous when it comes to empathizing with the plait of others. I'm not sure just when and how it took place, but it has moved like aggressive cancer through our nation and it has been greatly influenced by our dysfunctional congress and the current administration. We need to pull ourselves together and shake off all the fear and paranoia that has been thrust upon us; to stop blaming others for circumstances they did not create. I don't know about you but I am ready to leave the Mad Hatter's "tea" party and become a unified and reason-oriented nation again!
Pays one point and 2 member cents.