I am a retired RN / ND (Naturopathic Doctor-natural medicine). I am Native American Indian 70%. I enjoy reading as well as attempts at writing. I am Wiccan (ask questions if you wish). I enjoy meeting or chatting with people of all walks of life . I - more...

She is a top ranked author and is currently holding the #51 position.

She is an accomplished novelist and is currently at the #56 spot on the rankings.

She is also an active reviewer and is holding the #33 spot on the top ranked reviewer list. 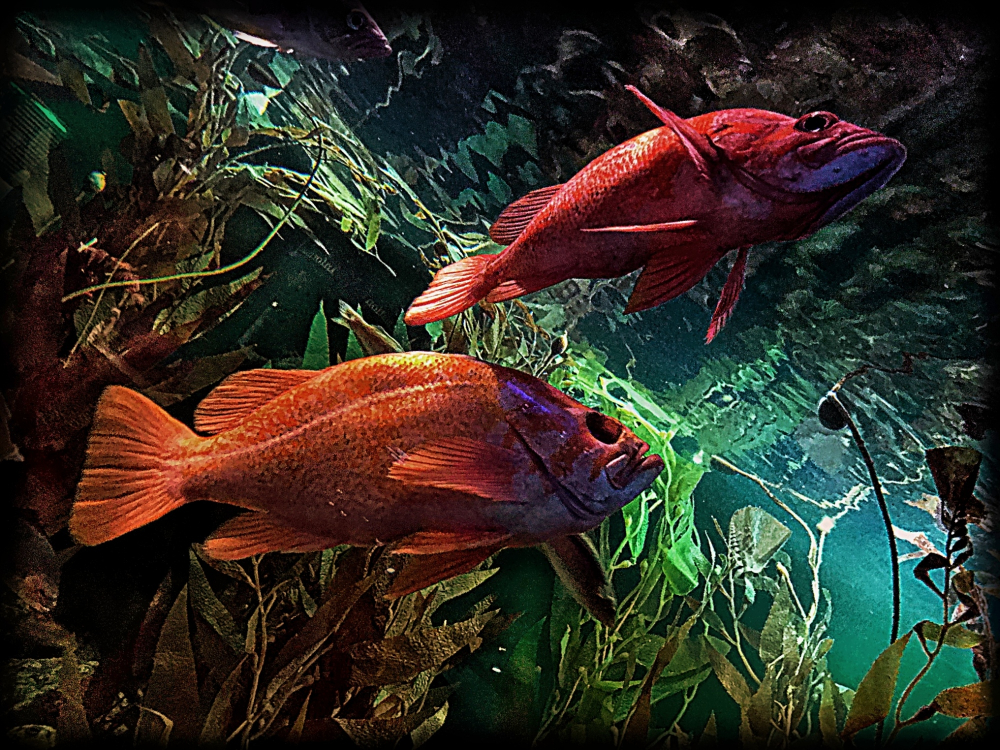 What a wonderful feeling.

The idea that mankind or womankind can move about freely in the water is phenomenal. It can be fresh water, saltwater of any temperature.

I shook my head, attempting to clear the supremely active brain cells.

"Zack. What's wrong? Did I do something I shouldn't have?"

"No. It's okay now. You just had a strange faraway look and I was concerned." he replied.

"Did it ever occur to you, that we would be able to do all of this? That we would have all this freedom?" I asked.

"Well, you do have to consider how far technology has come. Of course, our needs have changed, which makes a huge difference. Fifty years ago, our ancestors were managing the changes occurring on our beloved Mother Earth." He commented.

"I agree, we were not even a twinkle in our parent's eyes. Did you ever think about where that saying came from? You and I were not even born. And it seemed that time chose to stand still for a while."

"Let's go. We have things to check out." He directed.

I nodded and we swam away, our swimming fins propelling us through the water.

Protocol dictated that we had several miles of the ocean bottom to inspect and we did enjoy the beauty that surrounded us.

There were as many beautiful colors beneath the water as there had been on the land above. It was a pity, even shameful that there was less than before. It seemed each month, there was less.

When it was announced, years ago, that families were being given the option of relocating to the Moon or to Mars to the established communities or to remain on Earth, many chose to go. Our parents or rather Zack's parents and my parents decided to stay.

Earth, as we knew it was dying but it was home. Life would continue but just in a different way.
I remember as a little girl, when California on the west coast of the great United States of America, was no more. It just disappeared, covered with ocean water. A few months later the east coast was affected -Maine, the Virginias, the Carolinas, Georgia and Florida ceased to be.
One day they were there, then they were gone without warning. Millions died and it was happening around the world. Land space was smaller. Earth was becoming a water planet.

It had become a priority to research and surgically alter each of us. Those who went to the space colonies were provided with implants to facilitate their survival. While those of us who remained were given gills which would allow us to breathe and talk on both land and the water.

Our grandparents had lived during the time when foolishness prevailed. Muggings, mass shootings, rape were a common daily event. No one seemed to care, especially the governments. It was a time when man was indeed against man. No one noticed what Mother Nature was doing.

We both missed our grandparents and I missed my father. He was one of the first five hundred to be altered. It was a trial to see if it would be successful. It was and therefore the rest of us could have the surgery. But he died when I was twenty of a heart attack.

Zack and I had met when we were small children about two years old, before California disappeared. There was one house between us, so we spent every waking moment together.
As we grew older, we were inseparable, we played together, went to school together. Our lives seemed to have one common destination. We were meant to be together.

Of course, we married. In fact, it was just before my father died, so we felt blessed that he was there to witness our happiness.

Now back to the current time. We swam side by side, observing the floor of the ocean. Our job, because of our degrees, was to watch for changes that would indicate volcanic or fault line activity.

Any change or shift would be a red flag that more of the land would fall away, succumb to the swallowing water. I frequently wondered if the remaining land would continue to exist or if we were indeed meant to become sea creatures. If the world would truly become one of water.

"Helen, look there. Is that a change from last month, when we swam this area?" Zack asked.

"It looks like there has been a change. I haven't seen activity such as this before. What do you think caused it? Is it good, bad or just something new?"

"I guess we had better check it out. You know, that this is one of the times I wish I had a different partner. I love having you near me, working at my side, until we have to investigate things like this." He seemed to smile and frown at the same time.

"Life is not meant to be hazard free. Look at how far we have come. The future is uncertain for all of us. Who would have thought the world would have become what it is? Who would know that spaced housed colonies of our people? We are together and that's what matters, and we face that life together. Right?" I asked.

He reached for my hand and together we swam deeper to investigate. A hill had been formed that was not there before. With both of us having marine-biology degrees, we were aware of changes in all aspects of the ocean. We were familiar with the plant life and had performed many experiments on what would sustain us. We knew all of the fishes of the seas and which were and were not safe to eat. And we both knew that the hill had not been there before.

We approached it with caution. It could represent volcanic activity which could erupt at any time. As amazing as it may sound, it seemed to grow larger as we got closer. Not because we were closer but because it was actually growing.

"Would you please stay here, and I will get closer? I won't put myself in danger, I promise. Besides one of us needs to be able to warn the others if something is going on. Please?" he asked.

"I am not going back without you, but I will stay here. No danger, right?" I answered.
Zack was correct, even if I didn't want to admit it. Someone, that would be me, would have to warn the bubble about the activity.

We were both in our late twenties, well twenty-eight to be precise. Five years ago, they had finished construction on our bubble community. It was actually a large city, that had been made under the water, fully functional. The only thing that was missing were personal vehicles.
Commuter shuttles provided transport. It was a new way of life, it was a necessity.

Zack smiled and blew me a kiss as he swam away. I was tense and worried. I watched as he approached the hill. It seemed like hours instead of less than thirty minutes had passed as he swam towards me.

"It is just a new formation, Helen. No heat, no rumbles, just a new hill. We might have just missed it last month. No concern for now. Relax!"

I sighed in relief and smiled as I reached for his hand.

"Helen, Helen, wake up dear. You were dreaming, having a nightmare in fact. It is almost time for us to get up. I'll start the coffee, then shower, while you wake yourself up. It was just a dream, but you were thrashing around a fair bit. Are you okay now?" Zack asked with concern.

I nodded and allowed him to leave as I stretched myself awake. Within minutes of hearing the running water of the shower, I joined my husband and hugged him close. I washed his back and he washed mine.

The coffee was ready after we had dressed for work. Together we made breakfast and enjoyed watching the sun rise over the ocean. We did the dishes and then went outside to the shed to check our tanks.

When we had both graduated from marine biology, we had purchased the ocean front property and had the shed made to house our work equipment, including the compressor. We would always have air for our tanks. The boat, that was a gift from our parents' was tied to the dock. It was a nice feeling to have a degree of freedom in the water.

California was a place we enjoyed three times a year, the Pacific Ocean was a nice change from the Atlantic we saw from our home. We both had government contracts which meant we did work side by side and never tired of that aspect.

It was a dream that I had had for several years, to have gills instead of tanks, to have freedom. Perhaps it was my premonition of what was to come.

Thank you for the artwork- Freedom by iPhone7
Pays one point and 2 member cents.

Artwork by iPhone7 at FanArtReview.com


© Copyright 2021. aryr All rights reserved.
aryr has granted FanStory.com, its affiliates and its syndicates non-exclusive rights to display this work.