How ghost stories become a legend. 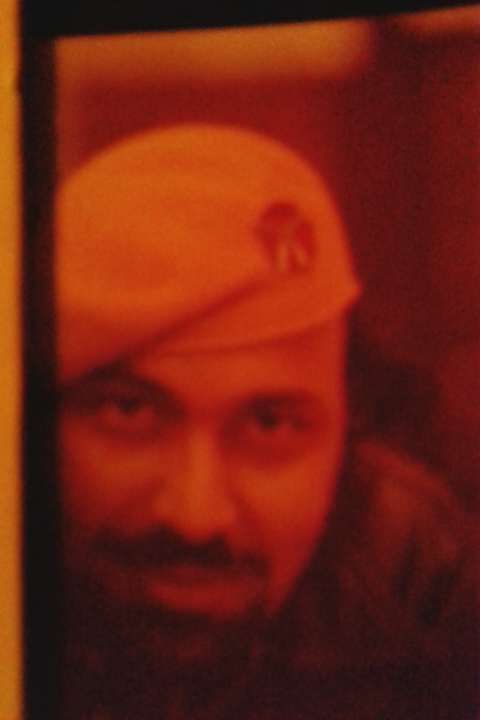 In a village in India, there is an ancient Banyan Tree. Two country roads merge at that spot, and both roads expanded from original unpaved, country footpaths by use. The villagers used theose two five miles long roads to reach the main roads where the Inter State Public Buses stopped. The locals believed that a ghost lived in the tree and who so ever sat under the tree at night, it appeared from nowhere and engaged the person sitting in a conversation and at a point in that exchange, asks for a matchbox to light a cigarette. It always happened between midnight and three a.m. during the summer month's moonless nights only. If the person did give the ghost a matchbox, then the Ghost would disappear with it and the owner of the matchbox would get scared and run to the village as fast as his feet would take and in the past few had reached the village and died. Over the years, that story began to fade away as few people walked as most got bicycles and did not sit below the tree for resting as their previous generation did. However, the story was sometimes told to children.
A soldier on leave heard the story on the bus that dropped him at the junction of one of the roads, and it was past twelve o' clock at night. He was going to one of the two villages the first time to meet his newly wedded wife's relatives. He laughed at the story and said to fellow passengers that there is no such thing as Ghost. At the same time, another passenger alighted from another bus also took the dirt road which met the road our solder took. The soldier reached the Banyan Tree and recognized it as the one a fellow passenger spoke about. He decided to sit there for an hour or two so he would reach the destination at dawn. Since two roads were at 90 degree from each other, he could see the road in front of him. He was sleepy and began dozing off and on. The other passenger walking on the other road also arrived and saw the soldier sitting under the tree and sat down next to him. When the solder came out of his sleeping episode, he suddenly realized someone sitting next to him and remembered the story. Being a brave man, he suppressed his fear and said hello to the stranger and then they started chatting. The soldier asked the man if he had heard the story of a Ghost. The man was also a stranger and told him that he did not. The soldier began to narrate the story to this stranger and quickly gave the gist of it with a disappearing ghost. The man took out his cigarette pack and realized he had dropped the matchbox on the bus. He turned around and asked the soldier if he had one. Now, that scared the soldier as things told in the story had begun. However, training had made him courageous and he produced the matchbox. The other traveler tried to light the match but the breeze of morning wind put the match off. While he was doing that, the soldier walked away to urinate at the edge of the road and disappeared in the smog. The smoker rose and walked around the large tree and found a hollow in the back of the tree and went in to shelter the flame. He lit the cigarette and came around to find no one there. He remembered the story's end without thinking dashed out towards his destination as fast as he could and was gone out of sight.
The soldier came back and called the other passenger and realized he was gone. With fear grabbing him, he carefully went around the tree and found a burnt match stick inside the hollow and a burning cigarette on the ground. Oh my god. Ghost got him, or was he the ghost? He took off with all his might. Both reached two villages in a dead panic and the story got a new life.


This is a yarn I had heard or read many decades ago in Indian language. I recalled it and recreated it with my narrative but kept the original them intact.
Pays one point and 2 member cents.

Niyuta has granted FanStory.com, its affiliates and its syndicates non-exclusive rights to display this work.

Advertise With Us
Copyright © 2000 - 2021 FanStory.com. All rights reserved. Terms under which this service is provided to you. Our privacy statement.
top
You Have No Rank
Share 4 posts to be ranked.