A man attends a concert of Vivaldi's Four seasons 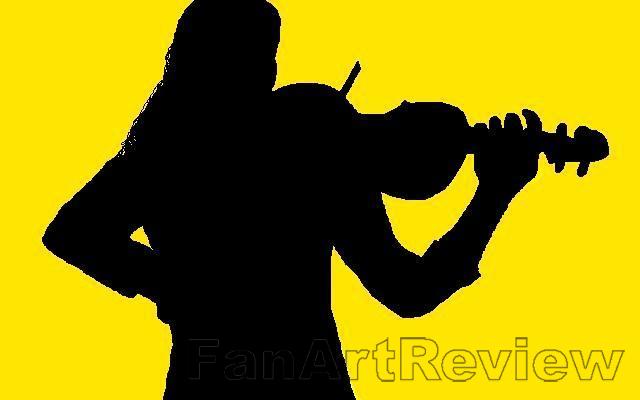 The lights dimmed, and I slipped the concert guide down the side of the seat leg so it wouldn't rustle. As the music started, I felt like I'd finally come home. My heart pounded as the violin solo of the 'Primavera' movement started. In order to see the fingers dancing and the bows bouncing over the strings, I try not to close my eyes when I listen. It's hard not to, though, as Vivaldi's music has a way of plunging deep into the soul like an ice pick to the back of the head, leaving me momentarily stunned by the beauty.

My chair creaked a little as I settled in. Over a crowd of well-groomed heads, some with bald spots shining in the muted concert light, the conductor swung his baton like a medieval sword, while the soloist thrashed his instrument, his eyes closed, his head flung back in ecstasy.

I played the viola as a child. It's like a slightly bigger violin, and is mockingly looked down on by the violinists, as was I. It's an accompanying instrument, and although there are pieces with a solo for viola, they are few and far between, and our dreaded music teacher, with her fiery and irrational temper, would never have dreamt of letting us play them anyway.

There's a huge difference between listening to music as a non-musician, and listening when you have played a part in reproducing it. Although I haven't played since I was a kid, the influence is still there. I inevitably focus on the accompaniment, as I imagine a soloist focuses on the solos, and a timpanist on the timpani rolls.

The music slowed to a gentle walk through the fields, and I suddenly noticed the couple next to me, their hands intertwined, their faces split into wild grins. The man's left hand sat on his left knee, his fingers jiggling, rising and falling in loops and I realised in his mind, the music came from his fingers.

My father loved the 'Four Seasons', too. He loved it almost to obsession, and Vivaldi accompanied us on all summer road trips. On the long, sun-soaked days we spent by the beach, his finely constructed, tender chords would form the background to later memories, like a tree in the back garden that you rediscover with joy when you come back home from college, never realising how much you missed its solid presence every time you stared out the window. His dream had been for me to play the solo violin part, but as I grew up, my teachers discovered an unsurmountable difference in the ability needed to play stunning music and my talent. At about fourteen, therefore, I found myself moved into a bigger instrument with a deeper sound, which I felt perfectly matched my own early-teen awkwardness.

That summer, Dad made me bring my viola to the beach. He bought his violin, which surprised me as I had no idea he had one. One afternoon, as Mum prepared the fish Dad and I caught that morning, he asked me to bring out my viola. By then, I hated playing it. It didn't sound beautiful, or melancholic, it simply felt like an extension of my clumsy body, and playing it felt like opening my trousers and showing people my bits. But how could he know that? Through the window, thin, whispy summer clouds glided across the sky, and the sea ran in over the golden sand. I played a scale, and cringed. Dad sipped at his beer, his fingers wriggling like slugs.

When he pulled the instrument out of its case, his eyes glistened. He didn't speak. He simply tightened the bow, tuned the strings, and then began to play. He played the first movement of the 'Four Seasons'. His hands moved smoothly, and the sound drowned out everything else. I felt I could hear the pounding of the sea, the rustle and roar of the wind in the trees, and the tinkle of the rain all rolled together. I picked up my viola, and began to play with him. Our instruments joined together, striking chords, his high notes rippling over my low, slower strokes like sunlight off a rock pool. It didn't matter that I made mistakes, or went too slow, as Dad conceded to me on everything. When we finished, Mum stood in the doorway, smiling. Dad breathed heavily, then smiled and kissed me on the forehead, and took his beer outside. Mum hugged me until I couldn't breathe.

Much later, Mum explained to me that Dad gave up playing music for the most universal of reasons - it didn't pay enough to raise a family. But, it left a hole in his life that all the family in the world could not fill.

Dad played every day of that holiday, sometimes with me, but sometimes alone, on the beach, like a Scottish piper, playing to the wind. We fished, swam, laughed, and played music together with a freedom I had never felt before. Mum said she didn't understand music, but I sometimes saw her feet prancing like happy kittens as Dad and I played, the gentle evening light fading to a husky darkness.

I opened my eyes as a musical climax built around me. To my right, the couples' hands formed a single bond, but the man's left hand still rippled, as if playing a silent accompaniment. Dad would have appreciated this show of love. A romantic heart beat in his chest, which I guessed led to his amazing playing. He died of cancer a few months after that holiday. Mum's arms criss-crossed my sobbing chest as he fell into a coma and died. That summer stayed with me forever as the happiest time of my life. I still listen to Vivaldi regularly, but I never played the viola again.