She is a top ranked author and is currently holding the #13 position.

She is an accomplished novelist and is currently at the #5 spot on the rankings.

She is also an active reviewer and is holding the #18 spot on the top ranked reviewer list.

The will to live

Book of the Month Contest Winner 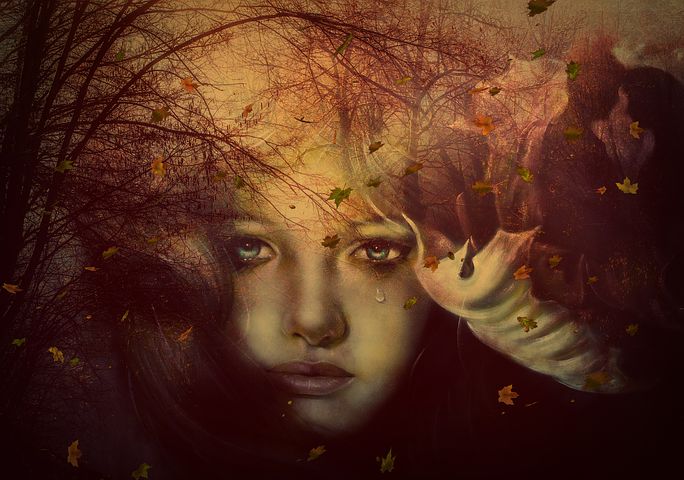 Tine collapsed near some heavy scrub mingled within a group of tall pines. Nightfall would be here soon, and new foes would make themselves known. In all the madness, she swore she had seen a call box near the road's edge, right where Gavin had parked his truck. After resting, she planned to circle about and see if he had left.

Despite the chill, she was glad Bobby had accepted her coat. How does that song by Irving Berlin go...? I have your love to keep me warm?

She gathered leaves while she still had the strength and piled them high. This will be my blanket tonight, although I mustn't sleep.

A helicopter loomed near, but Clementine Jones was spent. She tried to summon the strength to run towards it, but her verbal commands went unanswered. An old hymn, a favorite from her father's childhood, came to mind as she succumbed.The night is dark, and I am far from home, lead Thou me on....

The kidnapper was a smart one, but even the best laid plans have unexpected surprises. Still, he continued on to recover his mess. He fumed, if Clementine Jones wasn't worth so much, I'd kill her. It's a good thing I'm able to think quickly on my feet.

Dabbing away the blood, he drove his red Ford pickup down the gravel road to Ezra Ross's farm and parked inside the equipment barn adjacent to the cabin.

Covering the truck with a tarp, he made his way into the mud room and took off all his clothes, placing them in the wash. He could hear a copter in the distance as he loaded the detergent and pressed start. Clothes from the old farmer's closet and some rubber over-boots changed his appearance, once again. An overcoat and a cowboy hat helped conceal the gaping head and neck wounds inflicted by the eagle.

The medicine chest was stocked with the basics: alcohol, peroxide, gauze, and cotton balls--perfect for blood removal. Hurriedly, he tore open the door without thinking of his fingerprints; cleaned off the remaining blood, then flushed it down the composting toilet.

Sounds from the road were getting louder as the copter was now heard overhead. He decided to lay low for awhile and headed down to the root cellar where he took comfort in some muscadine wine.

Tuesday morning found Governor Preston Jones and his family quietly waiting for the expected call from Clementine's kidnapper. Chloe was still in her pajamas, petting Daisy affectionately as she scrolled through her cell phone. Trisha was reading; however, the pages seldom turned.

The governor decided to be proactive after receiving an early morning email from Detective Mike Lembowsky regarding his past associations during his governorship, specifically anyone who might have aught against him.

It seems the kidnapper had quite the grasp on Clementine--her habits, likes, dislikes, and purchases. The father had gone over his daughter's schedule, too, looking for anything concerning in her daily routine. How in the world could a straight-A student be a cause for concern? Still, he had to examine every piece of her life that came to mind. She was his girl, and always would be.

His thoughts were interrupted by FBI agent, Fred Samuels.

"Governor, we have news regarding a sworn statement given to the authorities in the Arkansas Plateau. A young man named Bobby DeWoody, claims to have seen and interacted with your daughter. He would like to speak with you personally as soon as possible. He's having surgery to repair a broken tibia this morning, and should be out within the hour."

The girls flew off the couch in an uproar. "What? Bobby who? Where exactly did he see her? She's alive?"

The day was just getting started, and it was going to be one long remembered.

I was fully convinced that Detective Mike Lembowsky never slept. I had decided he needed a wife. Since that probably wasn't going to happen anytime soon, I thought a dog was just the ticket. He adored King, and of course, the feeling was mutual. I had a black German Shepherd in mind for him that I had trained years ago. One more thing was added to my smart watch for today.

We decided to have our morning briefing at the precinct, as day two of my new career as a police consultant began. But what Detective Lembowsky relayed was beyond my comprehension. It sounded like Armageddon in Arkansas.

"Clementine Jones has been sighted in the Ozark Plateau by three people," relayed the detective. "A woodsman named Bobby DeWoody claimed he picked her up on a road after she escaped from her captor."

"That's great news!" As soon as I said that, I realized there was much more.

"He was carrying a full load of firewood to a local establishment when his truck plunged over the road's edge into a wheat field below. Clementine and Bobby survived the wreck, and wound up on a protruding cliff. But, here's where it gets weird. We think she was recaptured by her kidnapper. Park Ranger, Jose Ramos, sighted a man forcing Miss Jones to his truck and took a bullet in the torso trying to stop him. The wheat field's owner intervened at some point, and was shot as well."

I buried my head in my hands trying to take it all in. "Will those brave men survive?"

"Both men had surgery, and are stable for now," reported the detective. "Ezra Ross is a concern because of his old age."

"He was airlifted along with the other two men and is awaiting surgery this morning. His blood pressure is sky high from the traumatic experience. He had grown quite fond of Clementine in their short time together, I hear. He's asked to speak with the governor this morning."

"Oh, that poor girl," I cried. "Her family must be sick with worry. What can we do today to hurry this investigation along?"

"Everything we have in our arsenal. Our forensic team and Dr. MacLavish are on it. I expect a full report by mid-morning. There's more, and you're gonna love this twist. Tine Jones had the forethought to collect DNA from her kidnapper! She told Bobby exactly where she had buried some of his cigarette butts!"

I almost choked on my cold coffee with this added revelation.

King and I had thoroughly gone over the area where Tine Jones was last seen, the alleyway exit from Louie Louie's diner. I'd handed over at least twenty cigarette butts to forensics.

"So... we have a good lead, and the possibility of a match to the DNA in Arkansas is high," I said.

"Precisely," said the detective. "You may breathe now, Sal. Don't worry... this girl is a prizefighter."

As the shadows of the night gave way to first light, Tine sensed the presence of someone. She sat up straight and looked around, unearthing herself from the mound of leaves. Oh, it's just some squirrels gathering breakfast. Ah... breakfast. That sounds so delightful.

The squirrels drew her attention to a small stream; and she moved towards it, lying flat. She gulped the cold water down, then washed her face and hands.

The forest felt like a sanctuary that had taken her inside its loving arms. Why had such strange circumstances brought her to this place? Maybe there's good for me here that I wouldn't have known otherwise, she mused.

Puffs of breath expelled in front of her, and she knew it was time to head out. Pulling her turtleneck up, she began her trek to the emergency call box she'd seen near the road. There was just enough filtered sunshine to paint a pathway.

But a crooked tree stood in the path near the road and suddenly it turned into the man she feared. Once again, she tried to run, crying out to God, her parents, and to Bobby.

Pays: 10 points. and 1.10 member dollars
Copyright © 2000 - 2021 FanStory.com. All rights reserved. Terms under which this service is provided to you. Our privacy statement.
top
You Have No Rank
Share 4 posts to be ranked.