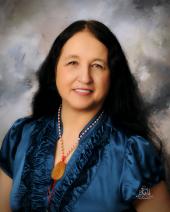 
babylonia has been many places and seen many things. she spent the first sixteen years of her life on a military base, living in states such as texas, louisiana, florida, and michigan. she even spent three years in germany and three months in italy. although she doesn't get to travel as much now, she likes new adventures. she has been writing since she was able to pick up a crayon and telling stories from before then. she has had many phases in life. she was once a nurse and received her bssw (bachelor of science and social work) two weeks before her 36 birthday.

more will be added to the bio as time goes by. i haven't filled out anything like this in a while.

The Patina of my Desk
The history of my writing desk

Pays: 8 points. and 62 member cents
Copyright © 2000 - 2022 FanStory.com. All rights reserved. Terms under which this service is provided to you. Our privacy statement.
top
You Have No Rank
Share 4 posts to be ranked.