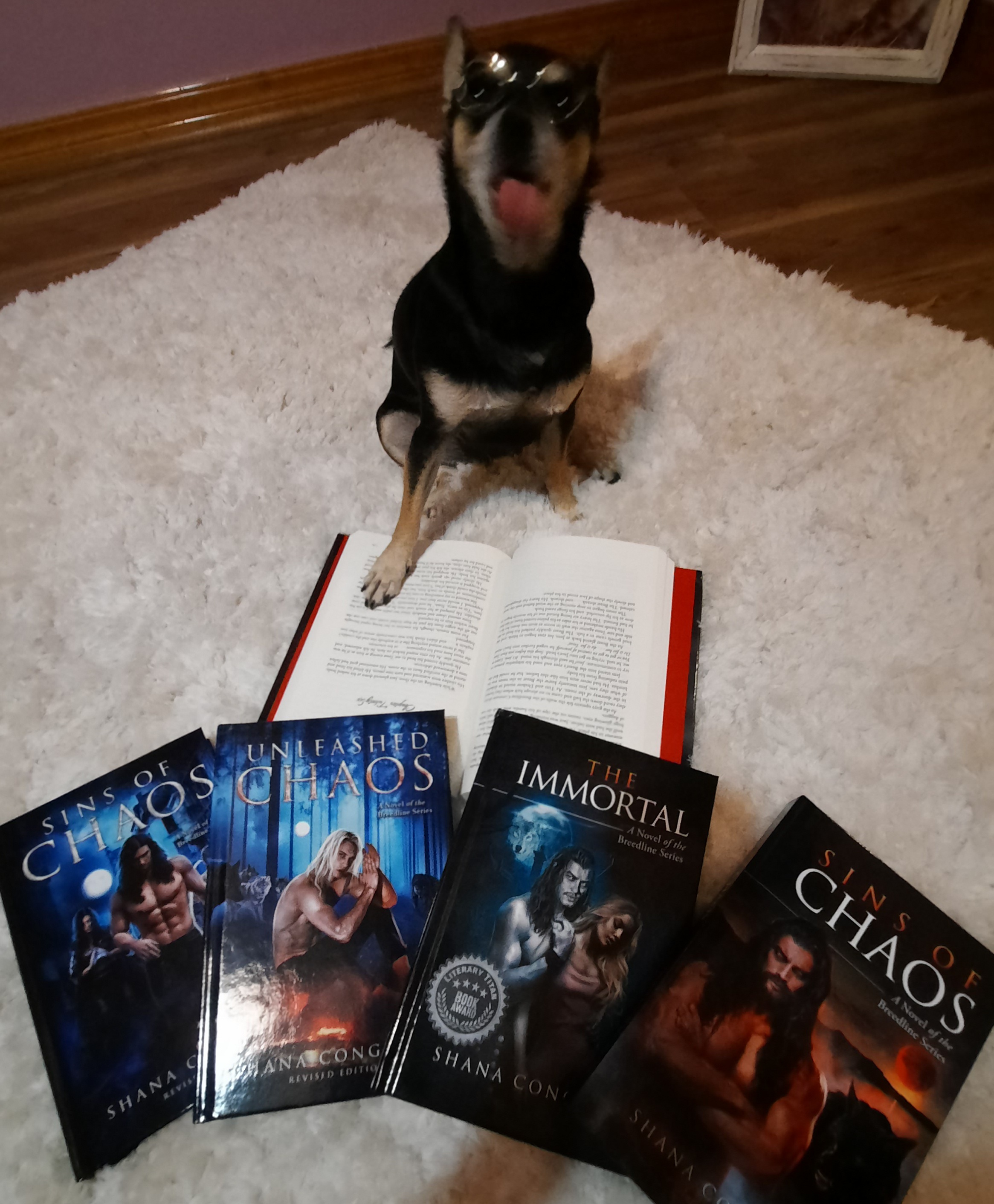 She is an accomplished novelist and is currently at the #13 spot on the rankings. 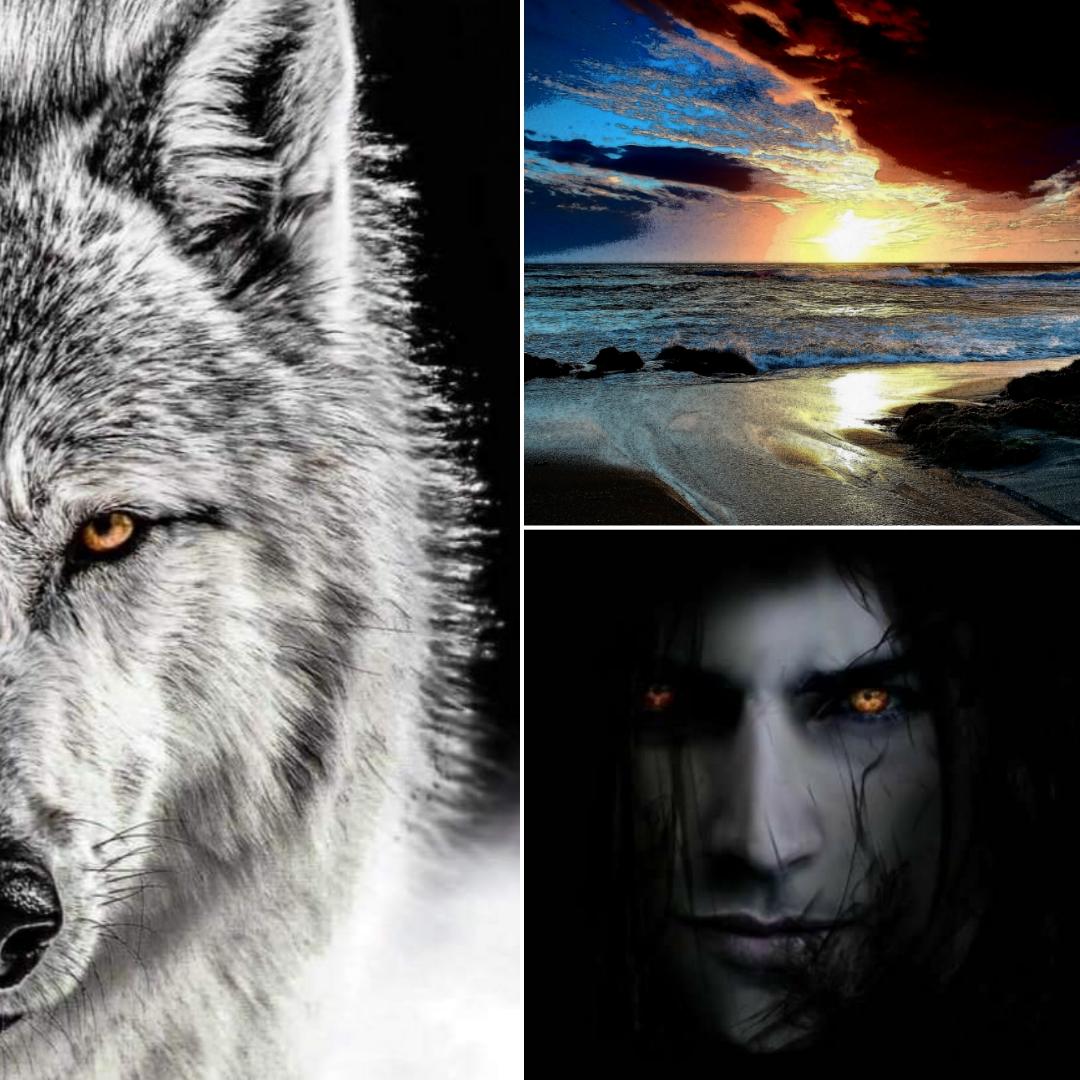 Later that night, after a quick shower, Joseph was ready to call it a night. He flopped down on his bed and propped himself against a mountain of pillows. As he stared at the ceiling, he couldn’t shut his eyes without thinking of the incident with Carrie’s boss. He was worried. Did Veronica really forget what had happened earlier or was she faking it? He feared her unexplained loss of memory and her odd behavior was just an attempt to mislead him so she could escape. If so, would she expose his secret? The thought was almost too much to bear.

He turned to look when his phone on the nightstand vibrated. He grabbed it and instantly saw it was Carrie calling. And then he noticed the time. Shit! It was already after ten o’clock. He’d let the day slip by, forgetting to call her.

“It’s okay. You don’t have to apologize. I was just getting worried, that’s all.”

“Of course,” she said, concern brimming in her voice. “I mean… after what happened with my boss today, I figured maybe… you were ready to throw in the towel.”

There was an awkward silence.

“What are you talking about?” he finally said.

“I thought you might not want to see me anymore.”

“Are you kidding me?” He lightly chuckled. “It’s going to take more than a little feud with your boss to chase me off.”

“So, you’re still coming to my birthday party this Saturday, right?”

“Oh, good.” She sighed into the phone. “It wouldn’t be the same without you.”

“I wouldn’t miss it for the world.”

“Sorry.” He fought back a yawn. “I guess I haven’t been getting enough sleep lately.”

“Maybe it’s because I’ve had a certain person on my mind.”

“Yeah.” He smiled against the phone. “And her name rhymes with Harry.”

“Well then…” She laughed. “Maybe this Harry person should stop calling you so late.”

“For crying out loud…” the Shadow abruptly said, his distorted voice thundering in Joseph’s head. “Tell her good-bye already.”

Joseph closed his eyes and forced the Shadow’s voice out of his mind.

After a few moments of silence, Carrie said, “Joseph… are you still there?”

“Sorry.” His eyes popped open. “I was just thinking. You want to have lunch one day this week?”

“Great. I’ll talk to you tomorrow. And Carrie…”

“Get some sleep, Joseph.”

When he ended the call, he closed his eyes with Carrie on his mind and didn’t sleep at all.

The following morning, Joseph filled a travel mug with coffee, preparing to meet his therapist before he started his day at the Chronicle. Although his mind was focused on Carrie’s boss, worried she’d remember their little incident from yesterday, he was still able to go through his everyday rituals like clockwork: wake up, get dressed, eat breakfast, and go to work.

The minute he climbed into his Jeep and fastened his seatbelt, his thoughts took him to a different place. It was something he didn’t want to think about.

“You can’t ignore the inevitable for long, Joseph,” the Shadow spoke out. “Soon… you will kill for me.”

“You have no choice, Joseph.”

As Joseph grappled with the Shadow’s demands, a quick moment of conscious awareness took hold. And that’s when he decided what he had to do. He had no other choice but to stop seeing Carrie. The decision to break it off with her brought on a painful feeling in the center of his chest. He felt like his heart was splintering in half, but it was the right thing to do. It was the only way to keep Carrie and everyone around her safe.

“You’re too weak, Joseph,” the Shadow said. “You’ll never go through with it. The girl has you wrapped around her little finger. You cannot resist her.”

“That sounds like a challenge,” the Shadow said with a clear smirk in his voice. “I accept.”

Joseph calmed himself by rubbing his face. Dammit. He hadn’t expected things to come down to that. But if it was a challenge the Shadow wanted, that’s what he’d get.

A half hour later, Joseph stared at the floor with his mind focused on Carrie, waiting to be escorted inside the room where he had an appointment to meet with his therapist.

When he didn’t look up the moment the nurse opened the door, she said, “Mr. Parker? Dr. Mendoza is waiting to see you now.”

Joseph lifted his chin and smiled when Dr. Mendoza greeted him with her hand outstretched.

He took hold of her hand. “Thank you, Dr. Mendoza.”

As soon as Dr. Mendoza released his hand, she motioned him inside and said, “Shall we get started?”

Joseph nodded. As he stepped into the spacious room, a familiar scent invaded his senses. He shut his eyes and inhaled the smell of French vanilla deep into his nostrils. Instantly, it soothed some of the anxiety that had been weighing on his shoulders. The second he reopened his lids, he spotted the artwork that hung on the dusty blue wall above Dr. Mendoza’s desk. It was a painting of the beach with a breathtaking view of the ocean. Somehow it comforted him in a way he could not explain. It was as if he could hear the waves rolling onto the sandy beach and peacefully fading away.

He averted his eyes from the painting and looked toward Dr. Mendoza when she said, “Please…” She gestured toward a chair. “Make yourself comfortable.”

As he sat down in an oversized chair, she settled in behind her desk and placed a small recorder in front of her.

“Joseph…” There was a pause. “Do you mind if I ask you something concerning our last recorded session?”

When he nodded, she went on to say, “Remember when I asked if you still heard the voices… the one’s you heard as a child?”

“Were you being honest when you said you no longer heard them?”

“I told you she didn’t believe you,” the Shadow grumbled inside Joseph’s head. “You should have been more convincing.”

“Yes, Dr. Mendoza.” Joseph furrowed his brows. “Why would you think otherwise?”

“After our last session, I reviewed the recording and discovered something rather strange.”

Joseph nervously shifted in his chair. “What do you mean by strange?”

“I heard another voice mixed into our conversation.”

“But… how can that be?” Joseph looked puzzled. “We were the only ones in the room.”

“We’ve got to get rid of Dr. Mendoza,” the Shadow gritted out. “She’s asking too many questions.”

“I know this all sounds a bit bizarre,” she went on to explain. “Believe me, I thought I was hearing things at first. But after reviewing it closer, I’m positive there’s a third person on the recording. And what it said was unsettling.” She released a deep breath. “Please Joseph, I’d like you to listen for yourself.”

“If she shares this with anyone…” the Shadow cursed under his breath. “…they’ll put you back in the looney bin, Joseph.”

Out of nowhere, an uncontrollable fear came over him, so powerful, his hands started to shake, and his forehead beaded with sweat. He leaned forward and placed his face into the palms of his hands.

“Joseph?” Dr. Mendoza cleared her throat. “Is something wrong?”

Her voice suddenly snapped him out of his trance. Numbly, he looked up, his sapphire eyes shifting to hers. “Uh… okay.” His reply was barely audible. “I mean…” He raised his voice. “Yeah, I’ll listen to it.”

“Are you sure you’re okay?” Her eyes roamed over his pale face. “You don’t look so well.”

He just stared at her. He felt his mouth go wide, working as if he were trying to say something, but the words would not come out.

She rose from her chair. “Joseph…”

He exhaled a deep breath and shook himself back to focus. “C-Can we do this another time?” His voice cracked. “I’m suddenly not feeling well.”

“Of course. Is there anything I can do?”

He headed for the door. “Thank you, Dr. Mendoza. I’ll see you later—I’ll reschedule.”

After rushing out, Joseph hurried down the hallway and as he shot past the receptionist, he heard her say, “Mr. Parker… don’t forget to make—”

Her voice trailed off as he pushed through the door and made his way outside. A few seconds later, he found himself in the parking lot, bent over, retching up his entire breakfast.


Book of the Month contest entry

A reference for terms and cast of characters in this chapter, especially for new readers:

Joseph Parker (a.k.a. Joseph Harris) - He works at the San Francisco Chronicle as a freelance journalist. At age five, an evil entity invaded his body after his father murdered his mother. While his father was sent to prison for his crime, Joseph was placed into several foster families until finally forced into a mental institute after diagnosed with schizophrenia and psychopathic behavior. As time passed and with the evil entity's guidance, Joseph was later released into society.

The Shadow - An evil entity who has possessed Joseph Parker. Its main purpose is to gain access to souls by using its host to kill, consuming human flesh.

Carrie Randall - She is Detective Frank Perkin's niece. She works as a substance abuse counselor in Berkeley, California. She has a love interest in Joseph Parker.

Veronica Hernandez - She is Carrie's boss.

scongrove has granted FanStory.com, its affiliates and its syndicates non-exclusive rights to display this work.
Copyright © 2000 - 2021 FanStory.com. All rights reserved. Terms under which this service is provided to you. Our privacy statement.
top
You Have No Rank
Share 4 posts to be ranked.