He is an accomplished novelist and is currently at the #67 spot on the rankings.

Now it's the genie's turn for the surprise of her life 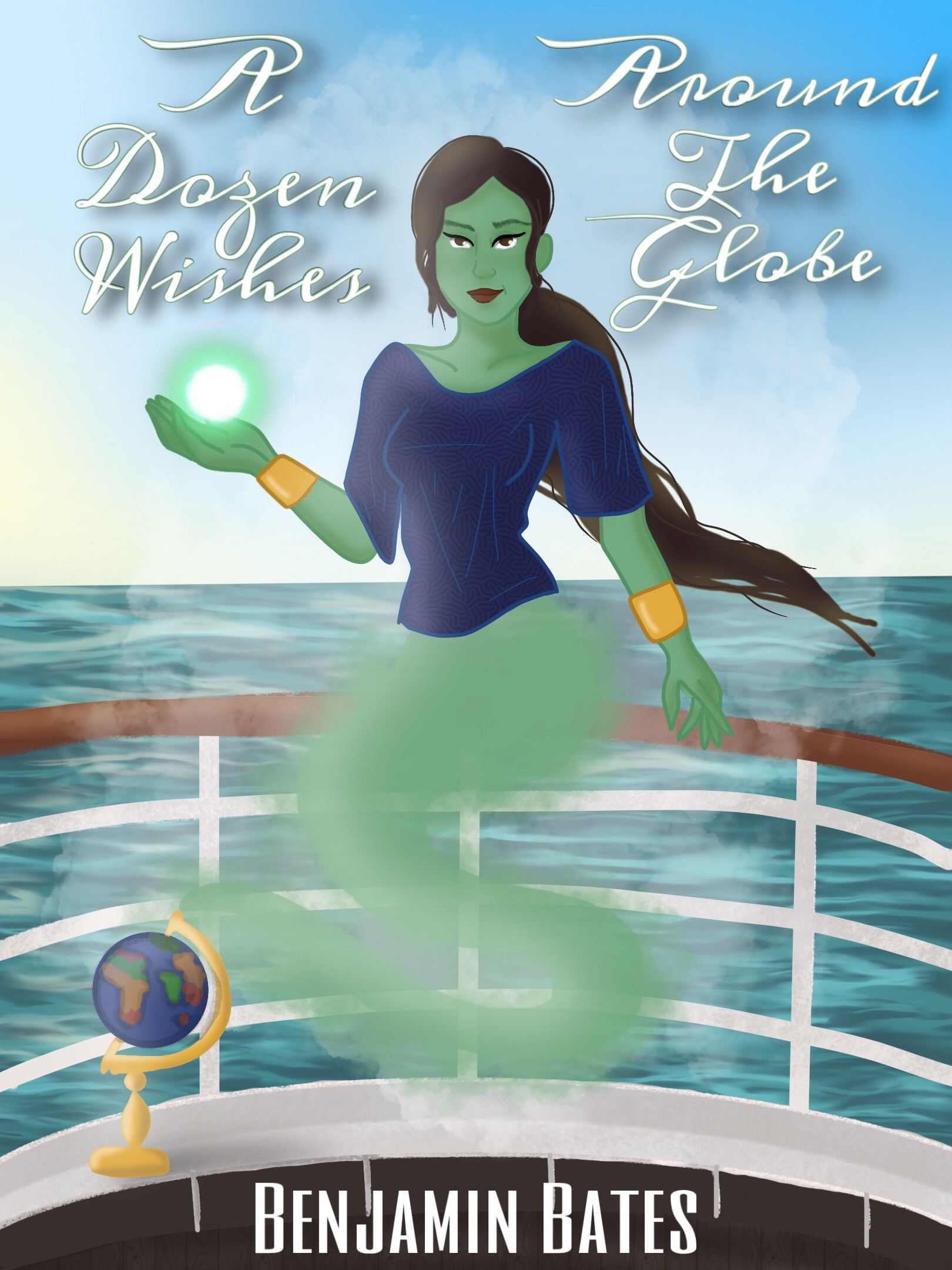 Ryan wouldn't wake. The giant genie caved in and whistled straight into his face, jolting the big hairy guy away. At her size she minas well have been a screeching chalkboard as large as a building.

"Sorry about that." The genie shrunk down to normal size. She was hovering over Ryan with her face right over his. "That opening was a bit over the top. Force of habit."

Ryan got up and crawled backwards till his back found the couch. He pulled himself up and sat down on it. The genie caught on that he wanted space and didn't approach.

"I guess it's been a while since I've seen you." The genie's eyes looked up and down on Ryan. "A long while. I must have been sleeping for like what, ten years? I mean look at you. You've grown..." the genie examined Ryan's enormous structure further, "...big." She examined Ryan's arms. "And hairy," she added.

Ryan tried to say something but couldn't.

"I'm getting the impression the professor didn't fill you in on much." The genie lowered herself from the air till her smoking purple tail was touching the floor. "You weren't expecting me, were you?"

"You knew our grandfather?" a voice asked the genie without showing himself.

Surprised, the genie rubbed her yellow eyes when she didn't see Ryan's lips move. It was possible that after six thousand years on the job she finally lost it.

"Professor Barnes was my grandfather," the voice told her.

Now the genie was sure the voice came from behind. She looked around questionably and finally caught Barry peering from behind the desk.

Barry took his chances and rose up from the desk before asking the genie, "Did you know him?"

Baffled, the genie looked back and forth between Ryan and Barry. She flew up to Barry and looked at the picture of the eight-year-old kid she was expecting.

"You're Barry?" the genie asked him.

"Then who is...wait a minute." The genie flew back to Barry's terrified cousin and reexamined him. She imagined him shorter and fatter with less hair. "Cousin Ryan?" she guessed.

"This..." the genie thought of many explanations but none made sense, "...this isn't possible. Only the wish master can see me. One. Possible. Master."

With that declared, Wesley sprung out of the curtain, grabbed the Chinese spear from the weapons wall, and screamed his head off as he plunged the tip right through the genie's torso. The genie burst into a cloud of smoke when the spear made impact. Wesley ran right through her. The spear tip impaled the wall and got jammed in good.

The genie materialized once again from the smoke cloud. She blinked once before looking back at Wesley who was trying to tug the spear out.

"Oh, come on!" The genie couldn't believe this was happening.

Wesley gave up on the spear and asked her, "Who are you?"

"Me? Who are you?" The genie sized Wesley up. "Another meddling relative?"

Taking offense from the remark, the genie huffed, "I guess I wasn't loud and clear enough for all three of you. I'm the genie of the," she pointed at the desk, "...lamp?"

The oil lamp she was expecting was nowhere found. She remembered now that would have been impossible because she watched it dissolved into ash in the professor's hands. Noting that the gemstone globe out of place on the desk, she flew up to it and touched it with her fingertips. A purple spark ignited between the globe and her finger on impact.

"Question of the day," Lilly answered from afar.

The genie looked at the book shelves. Her jaw dropped when she saw Lilly coming out of the cabinet. The poor purple girl looked around and counted the four faces staring at her with many expressions.

"Masters," the genie asked around, "are there any more of you here?"

All four of them shook their heads no.

"I see..." the genie twirled her thumbs nervously and looked around aimlessly, "Would you all please excuse me?" she asked pleadingly.

Everyone all nodded yes.

"Thank you," spat out as she flew up full speed into the ceiling ghost style.