An image of a city I used to live in 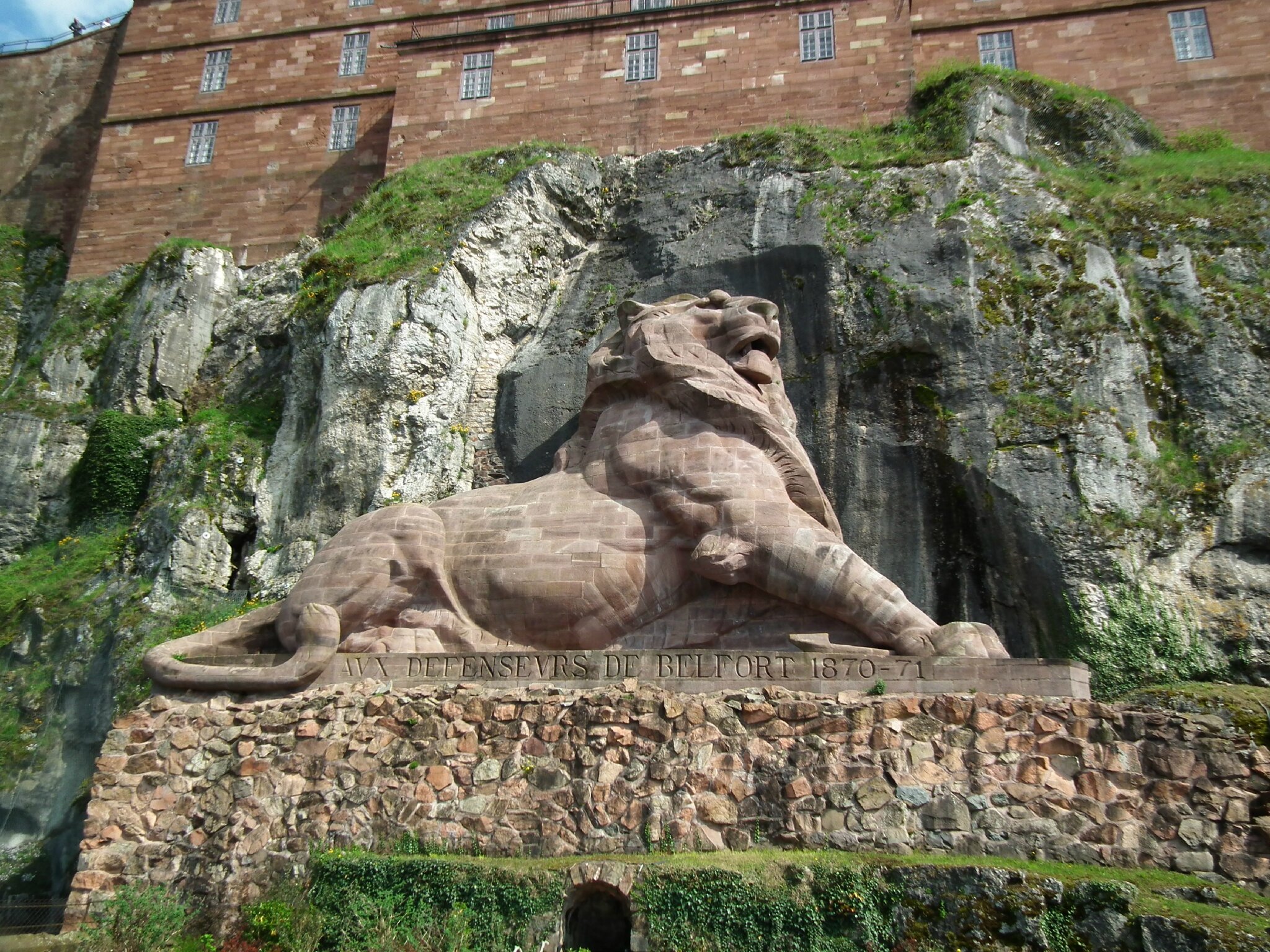 Belfort lies between two hills, a valley full of red-stone buildings through which flows a shallow river lined with drooping willows. Wide train tracks run through it, splitting the city in two, and every few hundred metres, large, metal footbridges are thrown across them. On one side of the tracks, the roads and houses wind up the hill, shedding the city feeling as apartments change to large, single houses with wide gardens and stone fences. On the other side, tall and majestic on its battlements, sits the Lion.

Carved by Frederic Bartholdi, the same man who constructed the Statue of Liberty, Belfort's lion was put up in 1880 to symbolise the French defeat of the invading Prussian army. Standing next to it, you can see the view stretch all the way out to the Vosges and the Jura mountain ranges, tall peaks that occasionally jump out between thickets of misty clouds.

In the summer, music festivals rock the city. Huge stands surrounded by thronging crowds spread across the city centre, and long-haired teens with dogs, hand-rolled cigarettes between their lips, stroll around drinking bottles of cheap beer. But the locals say winter visits Belfort first, and in October, when the snow comes, it falls everywhere, crowning the tiled rooves of the city with a thick layer of icing. It catches in deep-set eaves, on the edges of windowsills, highlighting the smaller lions that pepper the walls of the city's official buildings. Locals drink coffee in warm cafes, their coats and scarves draped over the back of chairs. High above, snow fills the lion's eyeholes, the crevices carved in to show his haunches, and catch between his teeth. The cold sucks away energy, leaving only tired shells running between heated house and heated office and no one notices him now, his mouth wide in an eternal, silent roar.

A train shudders in to the station along the snowy tracks, white trickles hanging off the automatic doors and in the corners of the windows. It sits for a minute as if resting. Then a loud buzzing fills the air, the doors slam shut, and the train shuffles off, following the tracks around to the east and into the tunnels built deep under the hills. Behind it, Belfort remains, twists of smoke rising from chimneys, quiet again under the lion's unending gaze.