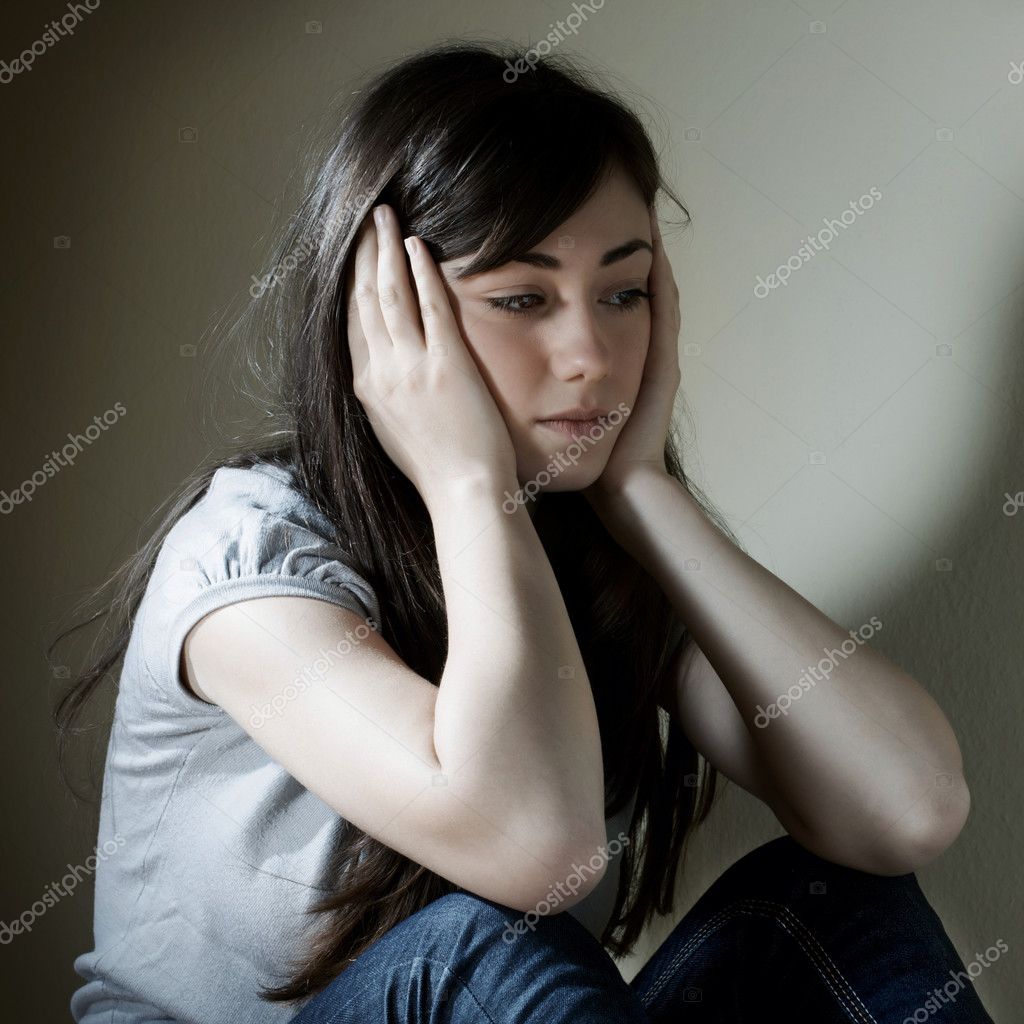 Megan stood at the window of the room she had shared with two other Welfare children and looked out across the unkempt garden to the corner house where Mrs. Tamm had died a month ago. She knew no-one lived there now.The house was as empty as a scraped out eggshell since it had been stripped of anything of value by the neighbours.

Megan's interest was focused on the part of the back window she could see by leaning against the screen and craning her head to one side.

Two nights ago a slim, dark haired woman had come to the window and looked across at her.

Then, yesterday, when she collected the mail from the sagging letter box at the gate, she found a note saying only "Who are you?"
She was sure the note had been from the face at the window and wondered how to respond.
She wrote a note of her own and left it where she had found the first one, hoping it would be found.

The letters remained in a heap on the kitchen table for a day, until Robert Callow looked for the letter containing his cheque for payment as a First Response Emergency Carer and riffled through the pile of letters on the table.

There was a letter in a familiar envelope, but the contents were far from what he expected.
It coldly informed him that the two young children would be collected from school and placed in the care of a family member. All payments were to be amended as of "this day".

As a parting shot the final lines in the letter read," due to your encroaching age and your wife's worsening condition, no further placements will be allotted to you."

Robert was furious. As always he looked for someone else to take his temper out on and although he knew it was because Hetty's dementia had become impossible to control, he grabbed Megan by her thin shirt and hauled her in front of him.

Right" he snarled into her pallid face, "What's all this about?"

Megan stood there with a wooden expression on her face, not looking him in the eyes, knowing that to do so was to invite a slap across the head for "looking at him like a slut".

Hetty came in and smirked at the sight of Megan in Robert's cruel grip.

Robert looked across at her and snarled, "The other two kids have gone. They're going to that auntie up on the farm. We're not getting any more placements. All we have is this little wretch."

He gave Megan a shake , tearing her shirt and exposing the scrap of underwear covering her small bosom.

"Stop," sobbed Megan, "It isn't my fault. You had lots of letters before, why didn't you read them? The children were to be here for only a short while, anyway."

She looked up into Hetty's face and sneered when she flicked her eyes away.

Robert raised his hand to slap at Megan, but she twisted out of his ham fisted grasp and ran to the room where she slept.They lumbered along behind her, but Megan slipped in the door and locked herself safely in.

Hetty stood there shrieking abuse while Robert flung himself at the door, but it held fast.
They hurled threats at her through the stout wooden door, but Megan stood her ground, sticking her tongue out at the furious couple out in the passage.

After a while their abuse diminished and Megan could hear them talking in a much quieter tone as they retreated to the kitchen.

She listened to their voices for a while, then turned away to look out through the screen at the window of the house on the corner.

Her tasks for the day curtailed by her enforced imprisonment, she wiled away the time by gouging out the filling around the edge of the screen. She had been planning to run away for some time, but the presence of the two small, vulnerable children and their pathetic trust in her to protect them ,had kept her there.

She glanced around as shuffling steps sounded in the passage .It was him again, drunk as usual and wanting her "to be nice to him".

He tried the door as he raised his wheezing voice in coaxing tones.

"Meggie," he called , his wet mouth near the keyhole,"Come on out Lovey. We're having fish and chips for supper, and you must be hungry. Come and have some too."

Hungry? She was ravenous. She hadn't eaten since the day before and her stomach churned with emptiness. The thought of the steaming fish in its golden batter and the heap of juicy chipped potatoes in the fragrant parcel delivered to the door tugged at her resolve for a moment, but she well knew what would happen if she unlocked that door and let him in.

He thumped on the door,but it held fast.His tone changed from cajoling to threatening.
"Stay here then, you little cow, and starve.You want to eat, come and get it. We'll leave some for you if you come down by half past."

He stumbled away down the passage, mumbling to himself, leaving Megan alone, for the time being.

Later, he would return, maddened by cheap liquor and the abusive derision of his slovenly wife at not getting his own way with a "dumb kid."

Megan turned back to the window, almost numb with cold, but reluctant to leave her post before the hoped for glimpse of the stranger.

Suddenly a light came on in the back room over the fences and the figure stood in the window looking across at her. She was quite a young woman, not much older than Megan, herself.

The woman raised a hand in greeting and Megan raised hers back. Suddenly the light went out and the figure vanished.

Just then, it started to rain and Megan stepped back as the torrent swept in, sweetening the air and diluting the reek of stale urine soaked bedding in a wash of welcome freshness.

Over the rain she could hear the usual carry on in the kitchen in full swing, their raised voices slurred and angry.

Hetty had started mocking him, and soon he came back to the door, pretending to be tearful, pleading with Megan to come and speak to Hetty, telling her there's nothing "going on" between them.

"That's all I want you to do Meggie. Just tell her the truth."

She knew from his voice that he was lying, so she propped a ricketty chair under the door knob to reinforce it.

He stood there a while longer , his breath wheezing and ragged , the stench of him seeping under the door.

There was a call from the kitchen and he shouted back to it and then shambled away.

Megan heaved a sigh of relief.With any luck they would drink the rest of the flagon and fall into a drunken stupor until morning.

The rain eased and suddenly the light over the fence lanced out into the night and the dark haired woman was at the window beckoning.

Megan froze. She longed to escape, but where would she go? Who would take her in? She had no-one. Who was this woman? What did she want?

The questions raced through Megan's mind as she stood, confused and afraid.

There was a sudden outcry from the kitchen, slamming doors and breaking furniture, and then, an uneasy silence.

Megan listened intently. Yes, there it was. Stealthy footsteps approaching along the passage.
He was back.

The sight of the large key in the lock was reassuring, but Megan felt a strange sense of unease as the footsteps drew closer. Then, even as she watched,the large key began to wobble and turn as someone manipulated it from the other side.

There was a triumphant cackle of laughter as the key fell out and another was thrust in and turned.

Somehow they had found another key to her door and now there was nothing to protect her from him. She recoiled in horror at the images that crowded her mind.
Sheer terror blinded her as she heard the grunts and snarls as the door was inexorably pushed ajar.

The chair she had placed under the knob was stronger and more resistant than she expected, but it wasn't Robert wrenching and scrabbling at the door, it was Hetty, sobbing with rage and incoherent with foul abuse towards her husband and Megan.

She put a spongy arm around the door to drag the chair away, but Megan leapt forward and slammed the door on her wrist. Hetty let out a shriek of pain and sank down to the floor as Megan grabbed the second key and locked the door again.

She ran to the window. The rain had stopped, leaving the air fragrant and fresh.
The moon had come out and the night was full of black and silver shadows. The clouds swept apart showing the moon and stars and from somewhere a bird called.

Megan ran to her hiding place for her small store of money and her one warm pullover.
She pulled it on and went back to the window. Megan gave the screen a shove and it fell out onto the overgrown grass below.

Behind her she heard Hetty levering herself up the wall for another onslaught on the door.
Megan clambered over the sill and dropped lightly onto the rain wet grass.
As she picked herself up someone came out of the shadows.
"Megan".
The sound of her name so close to her ears was like a gunshot blast and she recoiled in terror.
"Megan."

Behind her was poverty and squalor. No matter what they promised there was nothing for her there.

She turned to the figure in the moonlit night and smiled into the dark eyes as she took the outstretched hand.

They looked for Megan, but never found her.
The records stated they found Robert's body, murdered by his demented wife .
She, judged to be criminally insane, was incarcerated for life.
The house was empty of any other person.