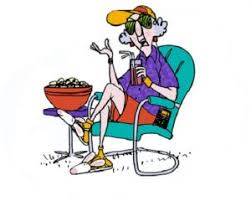 Mr. Perfect finished first in the member created contest "The Morning After"

She is an accomplished novelist and is currently at the #92 spot on the rankings.

For the contest Colonizing a new Planet

Because her Bumble suit had hit the atmosphere at such an unbearable speed Sharron had caught her breathe quickly before she flipped the visor open so that she had a view of the other one hundred colonizers for this planet who had been falling, as she was, towards the planet's surface. Along with them and falling at faster speeds were all the machines they'd equipped to take the planet they'd chosen as one of their new homes.

As she'd fallen closer and closer to the planet's surface she'd noticed that her Bumble suit was so hot from the friction built up by the atmosphere she'd been frightened that it might explode. In the few months before her flight she'd heard that several had. But war caused such things like this to happen. Death went with war hand-in-hand.

When the ground began to make its appearance, in more defined detail she'd released the air balloon and armed herself with a hand held small missile launcher. Bombs and missiles were already coming towards her from the ground. She had to be prepared for what was gonna happen next. This world hadn't wanted to become populated with humans. But, in that day, it had been the only way to win independence. Mankind had had no choice.

All the new colonizers touched ground at different locations. She'd deemed herself lucky her location had been scheduled in the Lost Mountains. This had been a remote location, with little to no population. Her job had been to clear the area of its people and to secure the small cities and such that she found in the deepest parts of the mountains for human civilization. All alien life was to be destroyed.

She and a small number of colonizers had been told to meet at the top of the mountain and report what they each had found back to the home base. She had not felt at all happy about taking a planet away from its people. But in order to survive, in the new order, they had had no other choice. Mankind had to have dominance of at least one hundred planets in this sector of the solar system in order to be considered a race. If they had fewer then mankind would have been destroyed. There was nothing left to do. Everyone knew it. Everyone had regretted it. But they'd gone on with it anyway.

When her bumble suit had touched ground she flipped the switch to release the balloon from her shoulders and had raced towards one of the machines that had been released for combat.

She'd felt frightened because the machine wasn't suppose to be in her location. It must have been caught in an up draft and landed here by mistake. She'd known that there was nothing for it now; but, to use it herself. These machines couldn't be relaunched again. Back in those days, once the machine was used they were exploded. Waste not want not had been the reasoning behind the destruction, or so the public had been told. She, however, had known what the real reason was. Destroy anything that could have helped the enemy after the invasion was over. Once a planet was taken mankind had no desire to lose it because of stupid mistakes.

Within seconds she'd loaded the machine and used it on the village which had been nestled, beautifully, in the hillside nearby. Screams rang out in all directions around her as the laser hit the center of the village and precised to detect and destroy any life forms that fell within its area limits. Once the machine shut down it had became dead silent. She'd told others, after the affair, that it had been like being in a graveyard filled with dead uncovered bodies. War back in the olden days was brutal and shameless.

She'd started the machine and headed it upwards onto the road she'd found leading towards the top of the mountain. Her wristband had not reported any live beings in the area. All was good for now she'd decided. It was time to move on.

"Okay everyone!" The teacher had shouted as she clapped her hands, "Take a fifteen minute bathroom and drink break. "When you come back we'll see what she did next..."

Toby had gotten up and headed towards the door twisting the purple handle so he could get out. In his other five hands he'd carried his books, some pencils and drinks, a lunch bag and last but not least his comb. He'd always wanted to comb his hair to keep it in order.

The teacher had laughed. "Toby, you're hair looks fine," she'd told him.

But he'd just nodded his blue head and disappeared out the door.

Fifteen minutes later the class had filed back in...

She had not gone far before she'd spied a little blue creature who walked along the roadside carrying in his many arms a small infant blessed with a head full of bright red hair. The creature had been wailing is lungs out because it lacked nourishment. The male creature had been trying to quiet the beast; however, nothing seemed to have helped. It had just kept whaling.

She'd loaded the machine. Fully intending to destroy these creatures as she'd been instructed. She'd set the machine on instant death once again.

She didn't care to kill these creatures. She'd felt remorse at the idea of being the one to end their lives. But, she'd been given no better choice. She didn't think she could make a different choice. Orders were orders in those days.

She'd decided to make their deaths quick and as painless as possible. No one needed to know about that decision. The machine hadn't built to reveal those facts.

She'd pointed the machine in their direction. Her finger had traveled downward towards the firing button. She'd wiped a tear from her eye wanting it to just be over. However, Just before her finger had hit the death ray button the baby screamed out so loud, it broke her heart. She had wasted no time in hitting the off button. After that she'd advanced towards the creatures. The male, in defense, had turned towards her and held out three of his hands in a stopping position. Those three fingers had lite up like Christmas tree lights. But, she'd paid them no mind.

"That baby needs food!" she'd found herself screaming. "Hand me that infant at once!" She'd reached out to take the infant.

Without hesitation the male had held out the creature to her. She'd smiled down at it like its own mother and nursed out of her Bumble suit a bottle of liquid. Without resistance the infant had opened its mouth sucked at the bottle almost purring as it had drunk.

She had found herself smiling down at the creature as it purred. She'd continued petting its head and talking to the male as they continued walking down the road. Sharron had been the first person to make contact with the flippers and because of her we all survived the Holy Wars back in the day when a people on one planet couldn't be considered a civilization unless they had residents on one hundred other planets.

"This was how we learned how to talk to the flippers," the teacher had explained.

"And its how we became flippers too!" Toby had shouted from his seat in the back row.

The teacher had laughed, "yes, it is Toby."

"Our next lesson, starting tomorrow," the teacher had announced as she wrote on the board behind her, "is the review of the war which brought the flippers and mankind to become one race, and how that change caused the rules of the galaxy to change!"


© Copyright 2021. cupa tea All rights reserved.
cupa tea has granted FanStory.com, its affiliates and its syndicates non-exclusive rights to display this work.