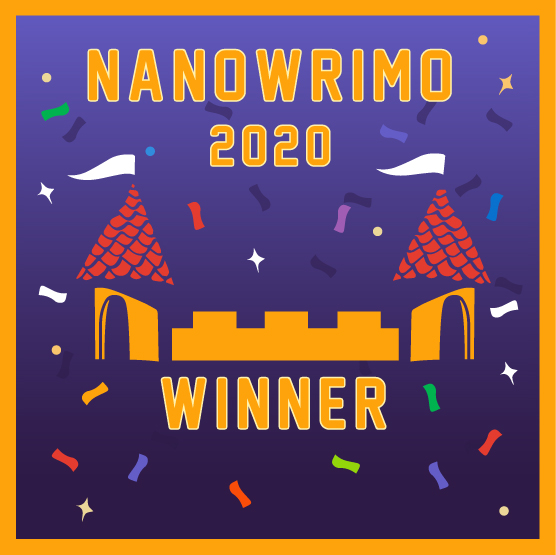 She is an accomplished novelist and is currently at the #62 spot on the rankings.

The heat of the major battle dissipates, rubble smolders

No one saw her.

Bom still lay unconscious on the floor over the trapdoor.

“Unnie,” the younger woman whispered, pulling the taller’s arms tighter around herself, “wake up.”

No one heard her.

“No, I don’t want to,” the redhead murmured back, pulling her little sister closer to herself and trying to breathe in her scent.

“No!” Bom’s voice caught in her throat.

“May you never have to,” Jessica murmured in kind.

Unwillingly, obediently, only because Dara requested it, did Bom slowly crack one eye open.

Mrs. Park was holding her younger daughter and sobbing. “My daughter is dead; my child is dead,” she repeated as she rocked.

“No!” the taller woman whimpered when the younger started to pull away from her.

Bright Heaven lights only hurt them more, but Bom did not close them again. She watched over her sister until she was sure the smaller woman was safe. “And I love you, Little One,” she choked. Then she crawled to their mother and held the woman. And she cradled the real but hollow figure of her sister.

All across the cabin’s basement it was the same.

The death toll was high, but no one dared speak the names of those lost. Two Ims, two Kims, two Lees, a Park, a Choi; another Park, two Chois, along with the three Jungs in the more distant past; the fight had been won but so much seemed lost.

Some of the living group members had still not yet awakened. Two Lees, a Hwang, a Choi, two Ims, a Kim; perhaps they were better off staying asleep. Others still were awake but not present, minds and hearts far away, closer to those lost.

Then everyone slept. Slept as if they would never awaken.

Sunny came out of her great Sleep first, long after she had first fallen unconscious. She reached for Tiffany who filled the space in her embrace immediately.

Having been holding hands with Jessica, the youngest girl flopped over into Sleep as well and pulled her charge with her.

What is this place? Jessica wondered days, months, or years later. She couldn’t tell.

Everything was blurry and shadowy, even time.

It’s a place of Healing, Mommy. Harabeoji and RiRi made it together. She was waiting here when we got here but left quickly. She told us to just to rest, since it fully restores your mind, strength, and powers. It doesn’t heal physical injuries very well, though.

Jessica noticed at that moment how her skin was tingling, and then not just her skin, but her blood, bones, organs, and mind too. She looked to Tiffany when she remembered that she had eyes.

The world around them was of pink and blue clouds set against a purple sky. Everything felt just right to their skin- not too hot, not too cold, cozy, soft. Sweet music played, and the scent of rain after a storm tickled their noses.

Mm. Jessica smiled and closed her eyes once more. I can see why you guys have stayed here so long.

What do you mean? Taeyeon made her presence known, cuddling up to her love while still clasping her Guardian’s hand.

It’s only been a few hours, Mommy. Sunny tilted her head in curiosity.

The younger witch reached out and ruffled white-blond hair. Sweetie, you’ve been here for days.

What’s been going on? Is ev-

No, we can’t, Tiffany sniffled but kept herself resolute. We have to go back, Jessi.

But why? You know what’s waiting for us-

What? What’s waiting for us? Taeyeon blinked between the two taller girls.

The Demons- No, Jessi! Let me talk! They’ve taken over the Guild and either wiped everyone out or sent them into hiding. They got into the forest too!

But we cleared them all out, remember? Ev-everyone’s safe in the forest...

Everyone alive, Jessi! We have to go back or-

We are. Gently but firmly, Sunny wrapped her arms around TaengSic to pull them back into consciousness.

The elder Guardian bit her lip before lightly pushing Tiffany away. You should stay here. You’re hurt most of all; I can feel it.

Just for a couple days, Steph... MiMi. The world will still be in chaos then; don’t worry. Jessica smiled as she retreated to join hands with Sunny.

Tiffany pouted but obeyed. But you don’t get to call me ‘MiMi’ anymore! she added petulantly.

Sunny hesitated a moment more. You were ready to trade me before, right, Tae? she tried to smile. Let’s do that now, temporarily. Stay here.

The eldest girl caved under the others’ silent pleas.

The parents quickly sent SunSica back to the Healing plane as soon as the girls told them about it anyway, however. Everyone was taking at least a few days off, the adults said. They followed with most of the rest of the group moments later.

Minji pulled away from them all. Crawling across the basement and dragging Chaerin with her, creating a sort of human chain by extension, she paused only a second before laying partially on top of her bound father.

He completed the circle on the Healing plane but knew enough to stay out of sight of the other members. Something changed within him as time dragged on.

The unprecedented number of people in the realm drained it, making it work even slower than usual. Once no one was in mortal danger any longer, decisions had to be made about who would stay on it and who would go back to the Guild. Those who would fight needed as much Healing as they could get, after all.

Areum, Sooyoung, Yuri, and Yoona were in no condition to fight and had yet to come out of their trances on the Healing plane or otherwise. Yeong and Mr. Kim could do nothing but tend to the unwell. Among the rest of the group, arguments sparked once more.

“You absolutely are not, Park Bom! I’ve already lost-”

“I’m not letting the monsters who killed my sister get away with it! I am a fire-starter, Mother! I have more ‘juice’ than almost anyone!”

Mr. Im stepped in for Mrs. Park, trying to help her. “My wife,” he said softly, “my wife was a fire-starter as well. Killing herself was the only way-”

“Your wife helped lead to my sister’s death!” Bom threw back at the man.

Yoona woke up then. “Yah!” she spun the older witch around when Bom didn’t whirl around on her heel fast enough. “Don’t you talk about my mother!” The girl actually slapped the woman. “She died trying to save us! Righ- Righ- af-after Juhyunie- Oh, Juhyunie...” The middle sister did not care about the horrific condition her sister’s body lay in; she had not let her little sister be buried with Hyoyeon and Dara. Again, she crawled into Juhyun’s cold embrace and cuddled there. She had never felt anything but warmth from her sister and refused to start then.

The witch-mothers’ bodies having burned up without a trace, and her only living sister still in too delicate a condition to be touched, Yoona needed something to hold onto.

Bom paled, pressed a hand to her reddened cheek, and backed away. She could not bear to look upon the dead girl. “I-I’m going, Umma,” she choked nonetheless.

“Then I’m going too,” her mother pledged.

“I’ll go with you,” Mr. Choi volunteered as well.

“You will,” Mr. Choi pulled her into an embrace to calm her, as he often did with his wife. “You’re staying too, Jagiya,” he addressed Mrs. Hwang. “You know that, right?”

The woman blanched. “You- I? One of us must go with the children, Yeobo! Our-”

“Younger daughter needs us. As do Areum and Yuri. You are our best Healer, my love.”

“Then you must go! Seolhee, let Hoon go in your place. One of us-”

“I’m not letting my baby go without me,” Mrs. Park shook her head as she backed away with her arms still around Bom. “I already lost my husband defending Jinri-ah th-the first time! You should have protected that girl! She- You- And now- now...” She and Bom dissolved into tears as they clung to each other.

“No! No more of my family!” Jessica explosively joined the debate. “Stay with your children! Do you want them to end up orphaned like me? They already lost their little sister too, just like me!” Her eyes burned into his.

Wincing, he set his jaw. “We will not die, Little One. And even if we do, I’m not letting you die alone.”

Shaken, the blonde backpedaled into Tiffany. Her never fully-healed lungs nearly gave out on her.

“Hey! You weren’t supposed to say that!” the Guardian held her charge and frowned at the man. “Jessi, we’ll be fine! This’ll be easy! We already got the demon king, and the Top Dog is gone too! We just-”

“We’re not doing anything, Choi Miyoung!” Several memories suddenly came back to Jessica. “You’re stupider than I thought if-”

Pale and weakening further, Jessica still kept her face and voice hard. “No! I mean it, Steph-”

“Children, go back to Sleep... Sleep!” Mrs. Hwang nudged and then shoved the pair back towards SunYeon until JeTi touched them and instantly slumped into the Healing plane.

Yeong did not protest or argue as the other parents did. “What do you want to do, my love?” she asked her daughter.

“Then go. I believe in you and have every faith that you will accomplish all that you seek to do; both of you. ...Sweetheart, don’t look—” she turned Minji’s face from the window through which tombstones could be seen‚ “Never look back, Sweetie. Only go forward. I love you.” She pulled both her children’s faces down to kiss their eyebrows. After a few moments, she finally sobbed, “Co-come back quick, you hear? Umma’ll be waiting for you.”

Mr. Kim took a leaf from the woman’s book and snuck over to his eldest daughter unnoticed. “Wake up,” he whispered.

Taeyeon stirred but did not awaken.

Eyes fluttering open, the eldest Kim child then squeaked and tried to scramble away from her father. “No! No, please!” she yelped. “Don’t; I’m sorry!”

His daughter only stared at him, shock and disbelief blanching her already pale face and widening her already large eyes. “My, my mother?” she asked nearly inaudibly. It was the first time that Taeyeon had woken up since first going to the Healing plane.

“Yes!” he cried, breaking down and sobbing right in front of her. “Y-your sister too. No, she is! I know she is!”

“Unnie!” Minji sobbed, crawling into her sister’s arms as Yoona had done to Juhyun. “Th-they’re dead! Umma’s dead! U-Unnie-d-deul are dead, D-Dara-unnie and Hyo-Hyoyeonie-unnie... They-”

“No!” Taeyeon shot to her feet and yanked Sunny up with her. Banishing the connection to the Healing plane before it could affect her, she set her jaw. “We’re going.”


© Copyright 2021. AshelinaB All rights reserved.
AshelinaB has granted FanStory.com, its affiliates and its syndicates non-exclusive rights to display this work.


Genius in Love (Scene 5)
Recess on the Playground

Pays: 10 points. and 1.20 member dollars
Copyright © 2000 - 2021 FanStory.com. All rights reserved. Terms under which this service is provided to you. Our privacy statement.
top
You Have No Rank
Share 4 posts to be ranked.