An episode from my childhood 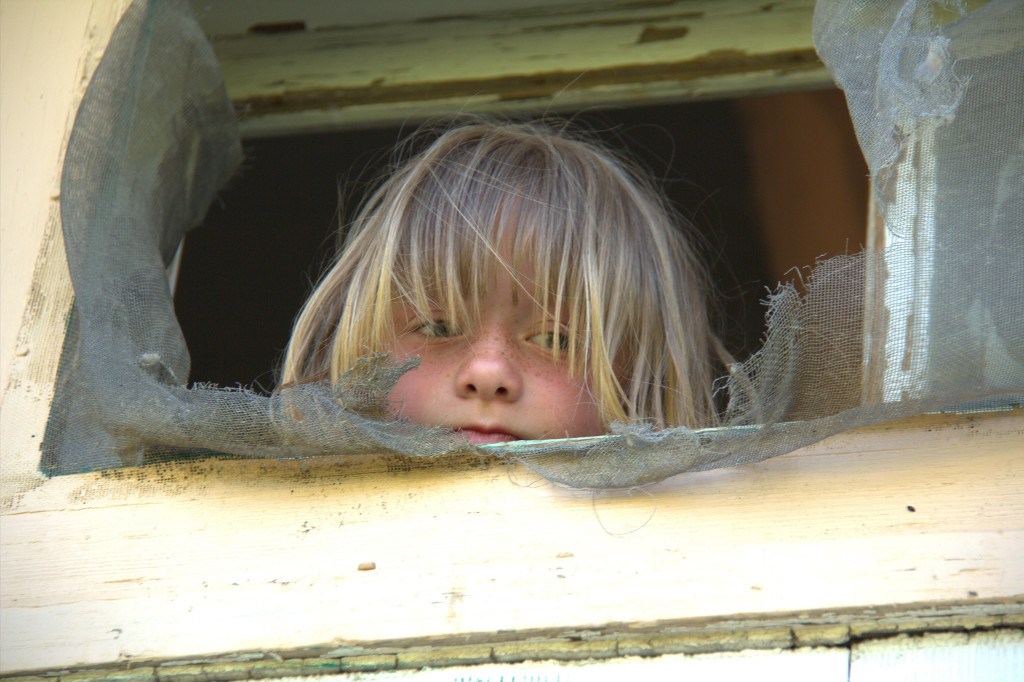 My elder sisters,Bonnie and Millie were pleased  because they were allowed to wear their berets and good skirts on their walk to Fraser's dairy for the milk.

They said I was too small to carry the heavy milk can  so I stayed home.

Because it was assumed I was too young to worry about dressing in decent clothes, Mum never bothered to make me a warm skirt like she had for Bonnie and Millie. When she bought them berets she didn't buy one for me.


Then Millie fell over and twisted her ankle. She couldn't go with Bonnie, but as Mum didn't want Bonnie to go alone, she said I was to go instead.

She found me a jumper two sizes too large and put it on over the cotton dress I was wearing.

Then she found a piece of waterproof stuff and told me to hold it over myself to keep out the rain.

Bonnie was annoyed about the change of plans, but as she was dressed better than me she didn't complain.

We went barefoot as shoes were too precious to wear except to school or if we were going on the train.

I plodded off in Bonnie's wake feeling as I usually did like a cross between a scarecrow and a rag and bone man.

The skirt of my dress was sodden before we had crossed the first paddock and I was blue with cold.

Bonnie kept up a one sided conversation about Rhoda Fraser and her brother Douglas, so I didn't need to talk.

Mrs. Fraser was in the dairy. She was a large woman with a heart to match. She asked after our mother and the new baby, and then saw me.

She went to the door and called "Rhoda!". There was an answering voice and hurrying footsteps as her daughter entered.

"Take this child," she said, gesturing to me, "Find her some dry clothes, then sit her by the parlour fire."

Swiftly divested of my wet clothes, after a brisk rub with a big, warm towel, I was dressed in a warm skirt and blouse followed by a pink jumper smelling of lavender and camphor.

Then warm socks and shoes that fitted perfectly.

Rhoda brushed my hair out of my eyes and said

"Look," turning me towards the glass.

I stared at the child in the mirror.

As I always believed myself to look.

At last, I knew what it was to look like everyone else.

My eyes full of tears, I looked up at Rhoda.

Mrs. Fraser bustled in with Bonnie in tow.

With an approving look at me she announced that "We'd  all  be going home in the horse and cart.".


Through the eyes of a child writing prompt entry

I was five when this happened. Names are always changed to protect those concerned, but Mrs. "Fraser" was a wonderfully kind and generous person, who was renowned for her goodness and charitable works. The pink jumper was kept until it was so pilled and felted that the cats used to play with it like a toy. It wasn't long before the shoes became a bit snug, so they went to another child
while I was found another pair.The sight of myself in that mirror was a revelation, as I found out that I could look like other children and not feel embarrassed or ashamed of myself. It was a long while before I had the freedom to dress as I wanted, but I always held that day before me as a promise of things to come. It was worth the wait.
According to Advanced Editor the word count is 497
Pays one point and 2 member cents.

Cass Carlton has granted FanStory.com, its affiliates and its syndicates non-exclusive rights to display this work.