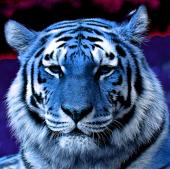 By This Time Next Winter

We could have been, you know.

Artists, poets, doctors, teachers, firemen. That's what they told us when we were young, before they put the world in our hands and we squeezed it to the size of a needlepoint.

We were twenty-somethings, fifty-somethings, professionals, deadbeats, wealthy, broke as dirt; we were endlessly varied, the same in our difference, pieces of broken glass reflecting back each other.

Bobby J was the youngest of us, fifteen when he first showed up at the house. We could be cruel, cutthroat in the throes of withdrawal, and verbal taunts flew freely - but Bobby was spared much of this. He made you believe he was your kid brother. Cheerful and buoyant, he talked endlessly of things he loved: basketball, weed, the father he had never met.

"He's in Ohio somewhere," he'd whisper, right in your ear -- no concept of personal space, this kid -- "all's I gotta do is find him."

He found fathers wherever he could, trailing puppy-like behind the older members of the house, patiently waiting on their affirmation or abuse. Hug him, praise him, cuss him out, shove him against a wall -- it didn't matter to Bobby, as long as you were paying him attention.

"It's not so bad here," he'd say, sprawled on his bed, feet propped against the wall, "it's not like this is prison, or something."

We weren't all as grateful as he was.

Josh was a dropout, a former jock, an emaciated shell with haunted eyes and nervous fingers.

"I shouldn't even be here," he'd say in group, nails drumming on the tattered knees of his jeans, "I don't need this. Give me a year, I'll prove it. This time next winter, I'm gonna be sober."

And around that lie we'd all nod our heads -- me too brother, me too- by this time next year, we'd all be clean, we'd all be free, we'd all have back our families and our futures and the million little dreams we'd lost or thrown away. Maybe we all believed it just a little; all of us, perhaps, except for Rick.

Rick was an old-timer, a weathered veteran of halfway homes and rehab centers, booze-soaked and unrepentant. He was classic Americana, backroads barbeque, route sixty-six, Willie Nelson.

Sometimes in the thick twilight on the wide front porch of the house -- after the day was over, the therapy, the chores, the sharing of feelings -- he would tell us. It was always the new guys, loud and cocksure -- all right, then tell us, c'mon old man, who is it, who's gonna be the first to die?

Then Rick would cross his arms over his barrel chest, unfazed by their ribald enthusiasm.

"You," he'd say to the first guy, his voice going quiet, two fingers cocked like a gun and pointed at their heads, "then you...then you...you I'm not sure about...definitely you."

And the laughter would grow steadily less confident as Rick's slow blue gaze moved around the circle, until it died out altogether, leaving staring eyes and hard swallows and the pregnant silence of dread.

"You're full of it," Josh snapped one night, after Rick's grim prediction had fallen on him. Rick just shrugged, sucked deeply at his cig. We all knew he was right.

There were two questions they always asked you in places like this.

What's your drug of choice?

Is it Whiskey or Crystal, Cocaine or Mary Jane? Is it that all-consuming black angel of death called heroin? And it was always one of these, of course it was, but it was more. It was fear, it was selfishness, anxiety, discontent, rage, the fathers we never found, the goals we never reached, the ocean of hurt that threatened to swallow us whole if we didn't drown it first.

When you getting out?

That was the one we couldn't answer. When would we get out? Out of the house, out of our pain, out of the booze and the drugs and the haze and regret. When were we getting out?

And once we got out, what waited for us? What could we pick from the rubble, pull from the red ashes of our burned-down lives?

Like Rick's trails of smoke, our questions wafted on the breeze, finally disappearing into the chill of the navy sky.


Putting this one through the wringer one more time before I submit...this is flash fiction, so every word matters. I appreciate all reviews, and honest critiques are welcome since I want to work all the kinks out of this one.

BlueTiger has granted FanStory.com, its affiliates and its syndicates non-exclusive rights to display this work.