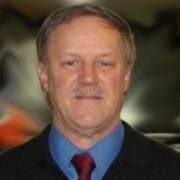 I've had some interesting years on this big blue dot in the solar system. Syracuse area for the past twenty years. Twelve years in Texas. Married for twenty six years. Five children and two grandchildren.

Since winning a publishing contr - more...

He is an accomplished novelist and is currently at the #15 spot on the rankings.

An old silver mine town is revived when gold is found

A chapter in the book Lost Souls of Silver Creek

A gristly old man rode his sagging mule into town. He fired his six-shooter into the mountain blue sky until a smoke cloud choked the air. "There's gold in Silver Creek!"

The miner held the one-pound nugget in his gnarled hand for all the world to see or for the few left to linger in the old silver mining town after it went bust. A curious and stubborn few stepped into the street.

Dirk Blake was first one to greet the old-timer since he'd bought up the near vacant town for two bits on the dollar. He owned nearly every sore and tender building in town, and what he didn't own he took in taxes. He invited his new-found friend into his saloon for a drink.

The man clutched his nugget in one hand and a glass in the other, as Blake poured him a few rounds of his best whiskey. Betsy, the one harlot who remained after the town's demise and had nowhere else to live, laughed it up with the pair. She teased the old man with loose strands of her auburn hair until he turned three shades of red.

Dirk Blake hid a sly smile beneath his handlebar moustache. A shrewd businessman, he knew the miner's gaping mouth would bring in more money than the nugget itself. That day, it was the man's good fortune he was worth more alive--than dead.


In the heart of darkness, Hosea was at peace alone, flanked by an invisible God who had left his mark and made man in his image. But he was looking for a place to hang a cross and preach to needy souls.

With only the cold stars to shine over the looming Rockies, he rubbed his hands to life. With his pale horse Ginger tethered to a scrub brush.

There on the plain in his world void of human contact, he tore a few white pages from his Bible and lit the match to it under his bundle. He hunched down and ducked his head snug inside the turned collar of his coat. As Hosea warmed himself and added dead branches to the fire, a lonesome coyote howled unseen, and he like the coyote needed a place to be heard.

Before Hosea closed his grit baked eyes from his wilderness journey, He pulled his locket out, looked at his wife, and once again asked her Spirit to forgive him, knowing it meant skirting God's grace. As he snapped the locket shut and remembered her tangled ravine hair, and the soft pillowed flesh of her skin, he managed to forget about the wolves and found sleeps seductive escape. It was the first time in years he allowed himself to hold her- if only in his dreams.


© Copyright 2021. forestport12 All rights reserved.
forestport12 has granted FanStory.com, its affiliates and its syndicates non-exclusive rights to display this work.


Banjo
Banjo was the bravest an most honorable of horses!