Jasper races the clock to save a life 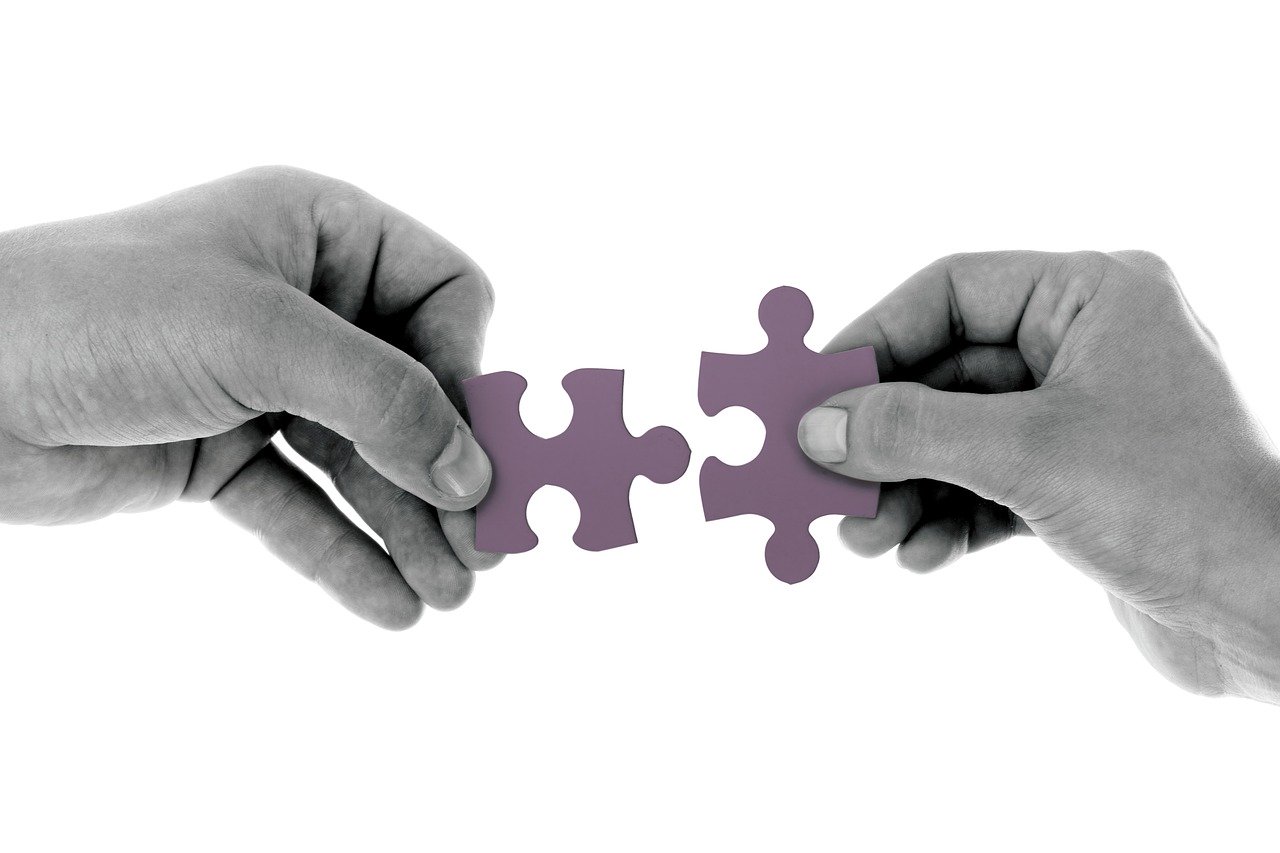 Vince Costa turned left into the off-ramp, then left again at the end. My life meant something when we were together–before she turned into a lying, cheating, bed-hopping whore. He considered slamming head-on into the silver Volvo whose driver assumed, incorrectly, he had right of way on the roundabout. Arsehole!  Consider yourself lucky not to get a ticket! Where was I? Oh, that’s right, they need to suffer, just as I have suffered these past two months. As for me, one final party with my old mate Jack Daniels here, and then it’s, ‘So long and thanks for all the fish.’ I miss you, Mr Adams, but we’ll be in the same place soon. A couple of turns later, Costa swung into Paula Tate’s drive, navigated past the long line of trees, and pulled up beside her house. A quick check he had everything, then he made his way up the single step to the front door.

“Vince! What’s up? Is it something at the Station?”

Paula hesitated. “Yeah, sure. But it will have to be quick, I’ve got a Skype session with Megs scheduled fifteen minutes from now.”

“No worries. This won’t take long at all. I just need a little favour.”

Paula closed the door, then walked past the armrest of the couch, to the nearest chair. Turning around, she observed that although the Glock pistol pointed at her chest was standard police issue, the silencer fitted to it was not. “Vince, what the—? Stop mucking around, you know better than to pull crap like that.”

“No joke, Paula. Now, about that little favour….” He took two strides forward, removing an object from his left-hand jacket pocket and placing it on the top of the couch’s backrest.

“What is that?” Paula asked, her eyes fixed in a wide stare at the syringe filled with clear liquid.

“Just something to help you sleep. A little benzodiazepine on steroids.”

“Do I look like I’m joking? It won’t kill you, I promise. This, however, will.” He gestured by raising the muzzle of the Glock a couple of centimetres and slightly tilting his head. “I’m going to count to five. You will pick up the syringe and inject the full contents into your right glute. On five, I’m either going to catch you or shoot you.”

“Thanks, Jasper, for coming at such short notice. I hate to impose, but you know this one is personal. We need to work fast, and with everyone at our disposal.” Detective Sergeant Ray Jones motioned his visitor to take a seat.

“No trouble, Ray. Reruns of I Love Lucy or the chance to be of service to my friends in the New South Wales Police? No contest. So, this is all you have?” Jasper Douglas briefly inspected the light brown envelope both sides, noting that it was addressed to “Detective Constable David Price”, before spreading it open and tipping the contents onto the desk in front of him.

“Pretty much. We got an anonymous call at 8:10 pm about trouble at Paula’s house. The patrol car arrived at 8:25 and  Weston found the envelope on the coffee table in Paula’s living room. No sign of a struggle. I had the patrol officers talk with the neighbours immediately after they called in. No one saw or heard anything. Paula’s house is well set back from the street, and hidden from view on both sides.  Costa was well aware of that. I’ve given the details of Costa’s private vehicle to a couple of officers and they are checking servos and any other available CCTV footage near both Constable Tate’s house and Detective Constable Costa’s. No news from them yet.”

Jasper unfolded a piece of thin grey cardboard to reveal it was the lid of a jigsaw puzzle depicting the periodic table of elements. Of the 300 pieces the lid said comprised the puzzle, only nine were resting on the desk. There was also a sheet of A4 feint-ruled paper, which he unfolded and read.

Congratulations on getting the girl. I hope you’ve both been very happy together these past two months. Sadly all good things come to an end. For your new relationship and for Paula, that time has come tonight. According to my calculations, by the time someone reads this, she will have just a few hours to live, depending on how she handles herself. I imagine waking up to find oneself in a casket could trigger a certain amount of stress. I hope she doesn’t panic, that will shorten her remaining time considerably. As for you, David, I would just have put a bullet in your head, but I’d rather you spend the rest of your miserable days lamenting the fact you might have been able to help her if you hadn’t been such a lousy detective. You can waste your time looking for me if you like, but I’d suggest you spend it trying to find your girlfriend. I’m not going anywhere far away, and by the time I’m found, nothing you can do will hurt me again.


Jasper’s brow furrowed. “That means we have something in the order of three to four hours in which to find her. Has Detective Constable Price been of any assistance?"

“We haven’t been able to locate Price as yet.”

“Keep on that. Could you please have someone make a copy of this lid, four times magnification, and I’ll need a notepad. Also, a coffee would be great.” Jasper smiled at the Sergeant.

When the notepad arrived, Jasper began jotting down the details from each tile of the jigsaw puzzle. On completion, he surveyed the results: “Anything?” Ray Jones placed the photocopy and coffee in front of Jasper, then slid into a nearby seat.

“Not yet. Nothing jumps out at me. A few soft metals, a couple of gases. Can’t see anything obvious to tie them together. Have you run them by the chemists in forensics? The atomic numbers don’t suggest anything immediately. Possibly street numbers. We’ve got ‘La’ for ‘Lane’ and  ‘Es’ could be Esplanade, at a stretch, so maybe combined with the other symbols we could have an address. But why all the extra numbers? I doubt the atomic mass means anything. A long shot would be map coordinates, but again, why so many?”

Jones’ heavy sigh drew a sympathetic response from Jasper. “Don’t give up yet. We have time, as long as he hasn’t taken her far. Can you get a helicopter on standby, just in case?”

“It will tear me apart if we can’t get to her in time, Jasper. She’s a vital part of this station, and very well liked here. I’ll do my best to see about a chopper.”

The unofficial Police Consultant drew the enlarged photocopy of the box top close and began placing the tiles according to the picture on the lid. When he had finished, he stood and paced around the table, looking at the partially completed puzzle. “I don’t see any clue in the form of a pattern or picture.” He picked up his coffee and took a sip. “I see a fairly good representation of the Crux constellation, but the nearest Southern Cross Hotel is a fair way from here, and in any case, the pointers are wrong, and why the extra stars? You can see, though, how the picture itself—the table—is a strong grid pattern. That suggests a couple of things. For example, it could be a representation of a set of deposit boxes at a bank, or perhaps an overlay for a district map. But which bank and to what purpose? And which district? Too many possibilities.”

Jasper raised the Styrofoam cup to his lips and took another swig of coffee. “Ray, I know it’s late, but perhaps you could try getting in touch with as many of the staff at this station as possible, to see if Detective Constable Costa has said anything to any of them, or if they might know of any place he might be likely to take her. A holiday home, for example?”

“Already on it. I have a probie ringing around. I’ll go and check how she’s getting on.”

Jasper raised his eyes in response to the knock on the open door of his temporary quarters. She looks remarkably like my daughter, he thought, as he regarded Probationary Constable Pam Worthington expectantly.

“Excuse me, Sir. The Detective Sergeant wanted me to let you know that our enquiries with other Station personnel haven’t turned up anything.”

“Not to worry. Thanks for letting me know. It’s a bit chilly in here. Where abouts is the air conditioning control?”

“It’s in the basement, Sir. Alongside the electrical distribution board.”

“Thought it might be, that’s a common location in these old buildings. Would you mind popping down and turning it up two or three degrees? Check with the Detective Sergeant if you think it’s necessary, but I’m sure he won’t mind.”

An extremely harried, but relieved-looking, Detective Sergeant Jones strode into the room where Jasper Douglas sat reading a newspaper and sipping a fresh coffee.

“She’s very weak and a little dehydrated, but she will be fine. We’ve called an ambulance. Costa’s car has been found by The Gap. He used his gun on himself. There was a lightweight hospital gurney in the basement, and the casket was a DIY affair made from marine ply. We’re assuming he transported it in pieces, along with the gurney, in the back of his van. Paula could have been in the passenger seat. He used the side entrance in Argyle Street, which leads directly into the basement. He probably disabled the alarm just before he finished his shift. It’s rare that anyone goes to the basement from inside the station, and at that time of night during the week, there would be few people around to see anything. Besides, who would expect anything untoward happening at a Police Station? Costa was a clever one. Where is the last place anyone would suspect someone would plot and carry out a murder of this kind?”

“A terrible waste of a sharp mind,” replied Jasper. “I’m glad to hear the Constable will be fine.”

“How did I know?” Smiling, Jasper pushed a piece of paper across the desk towards Jones. Glancing down, the Detective Sergeant saw the nine jigsaw pieces arranged neatly, as follows:

Thanks for reading.
Pays one point and 2 member cents.