She is a top ranked author and is currently holding the #14 position.

She is an accomplished novelist and is currently at the #6 spot on the rankings.

She is an accomplished poet and is currently at the #22 spot on the rankings.

She is also an active reviewer and is holding the #19 spot on the top ranked reviewer list. 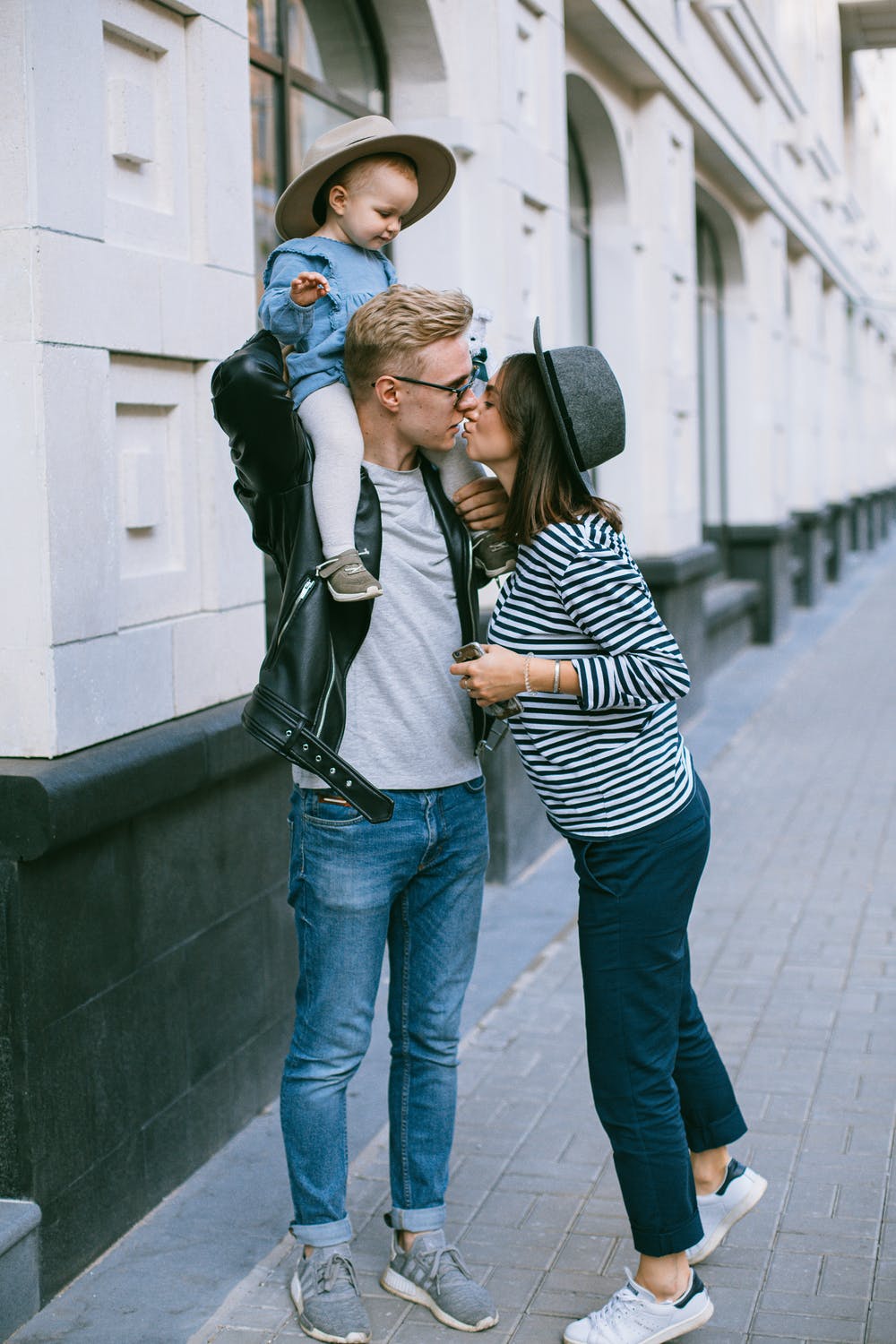 As the shadows of the night gave way to first light, Tine sensed the presence of someone. She sat up straight and looked around, unearthing herself from the mound of leaves. Oh, it's just some squirrels gathering breakfast. Ah... breakfast. That sounds so delightful.

The squirrels drew her attention to a small stream; and she moved towards it, lying flat. She gulped the cold water down, then washed her face and hands.

The forest felt like a sanctuary that had taken her inside its loving arms. Why had such strange circumstances brought her to this place? Maybe there's good for me here that I wouldn't have known otherwise, she mused.

Puffs of breath expelled in front of her, and she knew it was time to head out. Pulling her turtleneck up, she began her trek to the emergency call box she'd seen near the road. There was just enough filtered sunshine to paint a pathway.

But a crooked tree stood in the path near the road and suddenly it turned into the man she feared. Once again, she tried to run, crying out to God, her parents, and to Bobby.

A luminous morning sky found its way to Clementine Jones as she lay, resting. What else could she do now that she was handcuffed by her kidnapper once again? Although she wasn't certain, she thought her captor was holding her in the small cabin near the wreck site.

Pulling the lace curtains, she surveilled her surroundings.

Tine sighted her eagle friend soaring about in his regular pattern, finally settling on the bright green harvester near the field of winter wheat. No doubt, this is home of the old farmer who tried to help Bobby and me.

Clanking truck sounds echoed downward from Post Ridge Road, most likely coming from the precarious area where she and Bobby DeWoody had gone over the cliff.

Maybe I'm just imagining it, but it seems that the dirt road is more traveled today than yesterday.

She counted to make sure.

Yep. The vehicles are coming at regular intervals. Possibly the authorities are in the area searching for me!

The voice of her captor along with the noxious smell of cigarettes permeated the room. Obviously, plotting his next move.

Tine caught bits of the conversation and tried not to scream when she realized it was her dad on the other end. Suddenly, something inside of her snapped.

The antique claw-foot bathtub was the culprit--that, along with her desperate situation. She made up her mind to insist upon using the bathroom, and enjoy a good scrub in the glistening tub, uncuffed.

Catching a glimpse of herself in the bedroom mirror, she gasped. "Oh my, Girlfriend, you've seen better days!" She looked away and thought of Bobby-- his kiss, southern accent, and manly good looks... oh, and his red hair and green eyes!

Lost in her recollections, the dream she had in the truck of Bobby holding a little girl returned to her. Only this time, she was in the dream, and kissing them both. It clung to her for a few minutes, reviving hope.

A creaking door signaled the return of her kidnapper, bearing a steaming bowl of water and stack of clothes.

"We will be leaving soon," he said, balancing the bowl on the nightstand. "Clean yourself up and change into one of these outfits. Apparently, the cabin's owner has a granddaughter about your size."

"This is as good as it gets for now."

"You'll need to uncuff me, Genius."

"Why you little...." His hand reared back to slap her, but he caught himself, midair.

"Don't blow your paycheck over my bath. I realize this is for my three million dollar photo shoot. Uncuff me now, and leave me be!"

As the stare down continued, it was then she recognized him. Of course! Why hadn't I seen it before?

"Sweetheart, please! You didn't eat supper last night, and hardly slept a wink. You'll be exhausted at the very moment our girl needs you the most."

The governor opened his arms and called her near. "What would I do without you? You're absolutely right. I'll have some eggs with you and Chloe--if she's up and about."

As soon as the governor returned from the kitchen, three calls lit up the phones: Detective Mike Lembowsky was on line one, Bobby DeWoody on two, and the kidnapper on three.

The governor held up three fingers to the agent attending the phone as he sat.

The mechanical voice of the kidnapper couldn't hide his smug, condescending tone. He knew he had the upper hand with the governor's daughter in his possession once again.

"Greetings, Governor. I'm going to need an extra day, due to some unforeseen circumstances. Thursday at noon in the Arkansas Plateau. I'll send you directions shortly before the drop , and a live greeting from Clementine. Do you have the same cell phone number?"

"Yes, although I can't even fathom how you have my private cell phone number... or my daughter for that matter."

"Good morning, Mike. I just spoke with the kidnapper. He wants an extra day. It's now arranged for noon on Thursday in the Arkansas Plateau. No specific place just yet, but it will be forthcoming on Thursday via my cell phone."

"The devil has your cell number?"

"Yes. I'm sure whoever leaked it to him was paid handsomely," commented the governor. "Maybe it's what your blind girl saw with her perceptive powers. This may well be someone from my past."

"That's why I hired her, along with Jackson and King. I've never seen anything like it. Sally sees things others miss. I hate to admit it, but things I tend to miss. By the way, she has one more question for you and Mrs. Jones."

"Does Trisha have anyone in her past that raises a red flag?"

"Let me get back to you on that one, Mike. Bobby DeWoody has been holding on the other line for awhile. I'll call you shortly--I promise."

"Good. Because it appears we're going to Arkansas tomorrow."

Bobby stared out the hospital window thinking about the beautiful girl that came into his life just yesterday, as a steady stream of tears spilled down his face. Everything ached--his heart, leg, and frustrated mind.

His Aunt Lula, and father, Russ, saw that Bobby was visibly shaken as he recounted his story of yesterday's events to the authorities. It was also clear to anyone with eyes and ears that he had fallen hopelessly in love with Clementine Jones.

Bobby had tried to call the governor before his leg surgery, but his doting nurse/aunt, insisted on getting his blood pressure under control. Unfortunately, it appeared to be climbing again.

"Not everyone has the pleasure of having their aunt as their personal nurse," reminded Bobby's dad.

"I know. Thank you, Aunt Lula." Bobby cradled her hands in his. "I'm blessed to have you both here with me."

Curbing his angst, Bobby placed a call to Tine's father, hopeful the governor would lend him just a moment. What he had to say had been rehearsed over and over. He also just wanted to know if Tine was alive. No one around him knew the answer to that all-important question.

Back in Louisiana, the Chief Medical Examiner, Dr. Marie MacLavish, was settling in for a long day as another John Doe was waiting on the examination table. Her trusted assistant, Dr. Travis Cain, was ready to go, and had performed a preliminary assessment.

"I'm your only intern, Dr. M. I'm much better than this poor soul. I have examined him and logged my findings. Come and see for yourself."

Handling him with care, she went over the body meticulously as Travis adjusted the lamp.

Strikingly, he was much like the unidentified fisherman pulled from the Atchafalaya River over a week ago--same age, hair color, weight, and height, and stripped of identification with his fingerprints marred in similar fashion. "All ten fingers missing their prints is never a coincidence," said the seasoned examiner.

"I came to the same conclusion," said Travis, leaning back in his rolling chair.

"Thank you, dear. Let's get him properly cooled, and ready for the autopsy tomorrow," she said, peering over her bifocals.

Her most recent conversation with Detective Lembowsky prompted her to call him again; however, she went straight to his voicemail.

"Good morning, Mike. Meet me at my place and bring coffee, please. I have several things to go over with you. I have just received the DNA results from your search at Louie Louie's diner. The DNA matches a parolee by the name of Guy Blanchette. What a rap sheet! Bribery, fraud, credit card fraud, and identity theft-- just to name a few. It says here, he graduated from LSU in 1997. I do believe that's the same year Trisha Clayton-Jones graduated. I also have someone you need to see. Travis and I agree, he's almost identical to the John Doe pulled from the Atchafalaya River last week. The last time I saw two somethings like this, it was at the hand of a serial killer. I'll be in my office all day."