My Muse Found Me. 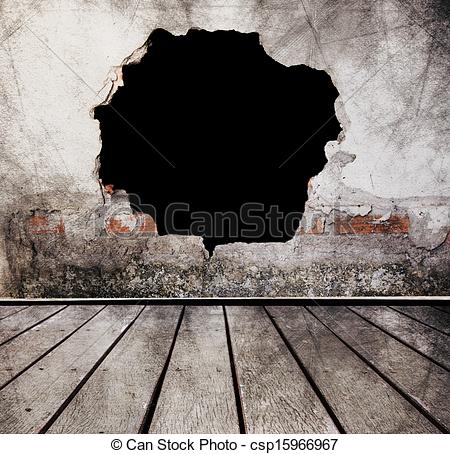 lt all started with a little Action man figure I bought at a toy fair. When I got it home, I found one foot to be missing. Ah well, Caveat Emptor.
I forgot about it for a week or so until one afternoon while I was ironing.
I came upon the small figure and took the boot off hiding the injured leg.

Quite suddenly a story began to evolve in my head. It was about a returned Viet Nam veteran who takes a last chance job as a wildlife keeper on a lonely coast.
He has only one foot due to his war experience.
He befriends a young boy and becomes his mentor.
The boy .has a mother who is all alone---- you get the drift.

The research for the story would be easy. Veit Nam vets were easy to read about and I had a few personal contacts.
That night as soon as the dishes were done, I made a start. Then the rot set in.

My husband wanted to watch a very loud program on TV, the children were arguing and my head ached.
So I packed it in for the night and went to bed early. As soon as the kids and my husband had gone their separate ways the next day, I'd be set like a jelly. I could write all day!!

Yeah!! Just like all the other times throughout my life when I'd been tricked into singing the same tune.

The next morning I sat staring at an empty page while the cat purred happily on my lap.
I tried. I really, really tried. But the words would not come. So, again I shoved the pad and pen back in the drawer and went outside for a day's gardening.

For some reason, this particular occasion rankled with me.
I felt close to tears as I remembered all the other false starts.
The books I had read on being a writer.
The course I signed up for and did one lesson.
I had even gone back to school and done Matriculation English just to prove to myself that I did have a brain.
And yet, and yet, still nothing.

That night as I lay not quite asleep, I had an odd experience. I was standing in front of a huge wall that was disintegrating even as I stood there, watching.
It fell into a heap of crumbled masonry and then there was an eerie silence.
The wall had hidden the entrance to a cave that loomed darkly before me.
I was afraid to go in although I knew I needed to.

Someone called my name, but I made myself go to sleep. However, I wasn't going to escape that easily.
In my dreams, I was back in front of the no longer dark open cavern.
There were lights moving around in the depths and I could hear voices.
My name was called more than once, but I stood rooted to the spot.
I was fascinated by what was happening but utterly mystified by it all.

Suddenly there were music and voices raised in song as people who had been in the cave formed a double line and came out.

They were gorgeous. Beautiful women, handsome men, lovely dogs and cats and graceful parrots and other birds. I was amazed. Where had they come from? Why?
Even as I asked myself this question an answer formed in my mind. A pleasant female voice said,
"Well, you did it when you woke up to yourself, dearie. Time's a-wasting and you have had us locked up in there for so long. We decided to set ourselves free. All it took was a bit of determination on your part. The rest was easy. "

The person speaking to me looked as if she was my twin, but with subtle differences.

Nothing I could put my finger on, just a brighter look in her eye, and an assurance that sat well on her face.
I tried to emulate the feeling she was expressing and found myself basking in an approving smile.
"Well," she said, "you sure do catch on mighty fast, girl. That's the ticket. Keep it up."
Thus encouraged, I spoke to her.
"Who are you all and where have you come from?"
She grinned back at me cheekily.
"Aw now, c'mon kiddo, you don't need a diagram to work it out do you?"
Just then a figure materialised at her side. He was very tall, with skin like black silk,
eyes like an eagle's and a voice that reverberated in my chest.
I fell in love with him the moment he smiled at me.
"Hello," he said,"I'm Julian."
I blushed to the roots of my hair as he took my proffered hand and kissed my fingers.
"I'm not sure what's all this is, " I said, although it was becoming clearer with every passing minute what had happened.
"Well Honey, you just opened up our prison and let us out. We've been waitin' a mighty long time for that and now we're free, there won't be any goin' back."
I felt a pang of guilt at his words, but he brushed it aside and said,
"Thing is, what are you goin' to do now, my lady?" Are we goin' to be free or will you let that wall grow up and shut us all in there again?" His eyes were magnetic and his voice echoed in my chest in a strange, wonderful way.
Another figure approached. This time it was a woman. She had long, raven black hair, a sweet face and a figure that was made for beautiful clothes. She stood at Julian's side, draped casually on his arm as she smiled at me. Again I felt an overwhelming sense of love and affection welling up inside of me. She reached out and kissed me warmly on the cheek."What you feel is a mother's love for your creation," she told me." I am happy to be a part of your mind."
Julian's large arms unfolded and I saw a beautiful medallion he wore against the smooth, dark skin of his chest. It was gorgeous, all gold and set with rubies. He drew the heavy chain over his head and dropped it around my neck. It was warm from his body and scented with an intoxicating perfume. I was going to decline the gift, but he beamed down at me and held my hands closed.
"No honey chile, you keep it. As a gift from us all."He gazed into my eyes and spoke in a voice so soft and deep I felt as though an angel spoke to me.
"Honey chile, You'll be a writer one day. Don't let anything or anyone get in your way. Just keep at it and let it happen."As he spoke his figure began to fade and I felt a sense of panic. "Don't go." I begged, "Don't leave me alone. I'll forget and nothing will change."

The woman's lips parted in a mischievous smile as she slid a sleeve off a silken shoulder and dropped a naughty, conspiratorial wink. She too was vanishing before my eyes, but my "twin" still stood there with a grin on her face.
She put an arm around me and watched as Julian and the beautiful girl vanished from view. When they had gone she gave me a cup of coffee while we sat and enjoyed the sunshine.
She didn't need to explain this remarkable occurrence. It was crystal clear about what had happened. Somehow I had managed to release all the captive images of my imagination.
They were free now, to become people in my stories.
I too was free. Free to let my imagination range wheresoever I wanted it to. Free to be the person I always thought I could be. A wordsmith, A maker of dreams. A writer.

The next morning I sat with my breakfast coffee thinking about Julian and his companion
when I caught sight of the little Action Man figure. It seemed to fix me with a steady gaze from its chiselled face and I found myself thinking "What if?"

"What if what?" came a small voice in my head." what if you actually wrote my story instead of just thinking about it?"
My brain froze for a moment, but then instinct took over. The small figure stared back at me with clear, dark eyes, a scar on its cheek and a slight grin on its face

. "They used to call me Killer McCallum," he said in a clipped, military voice.
"Until some smart alec thought of Blaze Away. It's my name you see, Blaise McCallum."

I picked up a pen from the table and peeled the top off. His response was startling.
"Are you really going to write this down?" he asked.
Suddenly there was a sound of singing and laughter and I realized the once captive throng were watching. And, waiting!!
"Yes," I said, Julian's medallion was warm against my bosom under my favourite blue jumper."Yes, I do believe I am."
Julian's voice came to me through all the cheers of the people who had poured out of the cave the day before."My lady, this is the start. We will always be close. All you have to do is think of us and we'll be there for you. Have fun Honey Chile."

The cheering subsided as the cat found my ever welcoming lap and I began to write.


All about writing contest entry
Pays one point and 2 member cents.

Cass Carlton has granted FanStory.com, its affiliates and its syndicates non-exclusive rights to display this work.